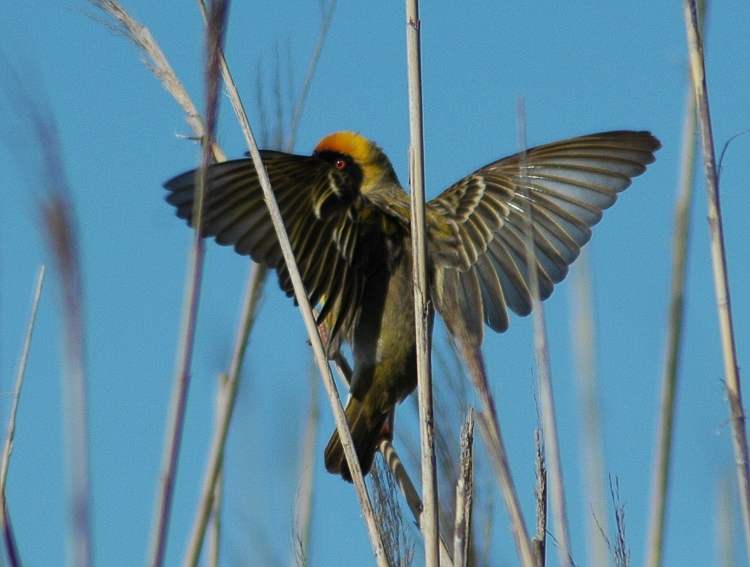 The mouth of the estuary was open and there was no water flow under the railway bridge all afternoon and the water level appeared to be high in the main waterbody. There is standing water in the low lying areas in management block 21 with some of the pathways under water. There was no surge at the estuary mouth at 16h30 when passing there.

The air temperature was cool, with a partly cloudy sky and a breeze from the SE. There appeared to be snow on the distant mountains behind the clouds.

The Naval Cadets were busy rowing and initiates were chest deep in what must have been freezing cold water. The scouts were also sailing about in their boats.

We were back at the same area and the vichia has really started to take over with the rain, warmer day temps inbetween cold fronts and the longer day light hours in the last month. We spent the afternoon removing port jackson, rooikrans and vichia and Bert cut down more brazilian peppers. In the photos Sue is holding up the stem of vichia with the flowers which will set to seed if not removed. This plant is a recent invasive has exploded in the last 15 years. It is a member of the pea family and alters the soil composition by adding nitrogen. Fynbos soils are nitrogen deficient. The plant is a creeper and smothers all the indigenous vegetation of sunlight, air and water for its growing period of about 5 months, before it dries out and sets seed. We encourage everyone to pull up the strand stems or at least take the flowers off. It is soft bodied and very easy to pull out. It makes good compost.

There are insects present in the air and we saw some early arrival Barn Swallows hawking. The Masked Weavers are nest building and displaying. There were few flying birds to be seen for most of the afternoon. Total species seen was 28.
Found a Western Leopard Toad which Sue registered on the toad monitoring system. It was a first year frog and possibly a female. Also found a Clicking Stream Frog dispersing in the thick under growth. It was too difficult to photograph as they are small, very agile and quick moving. It was at least 20 metres away from the nearest waterbody.  The foot prints of a Cape Clawless Otter were clearly left in the mud earlier in the day.  Also seen were the droppings of the Porcupine a few weeks ago.
On the way back, we saw the ground orchards which were growing in the usual area as in past years. 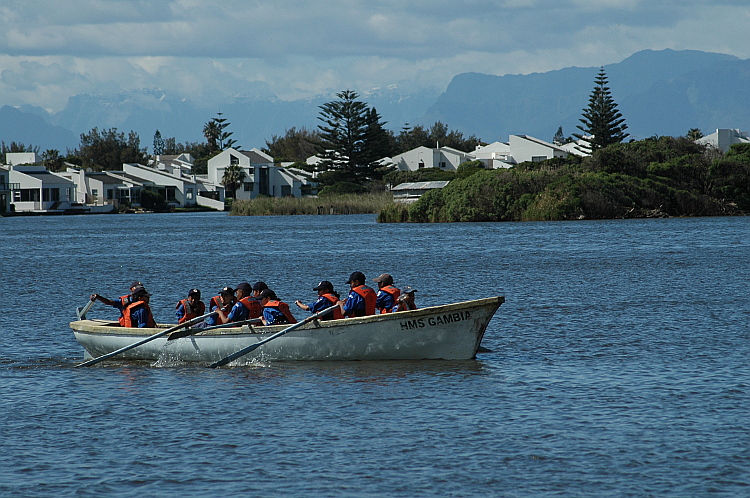 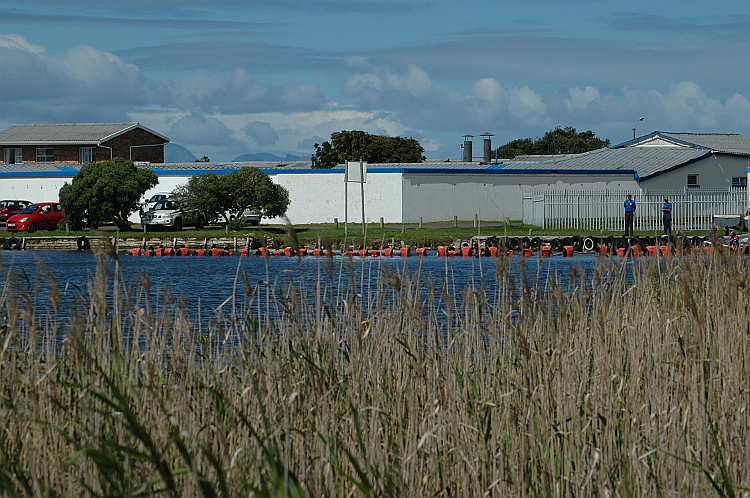 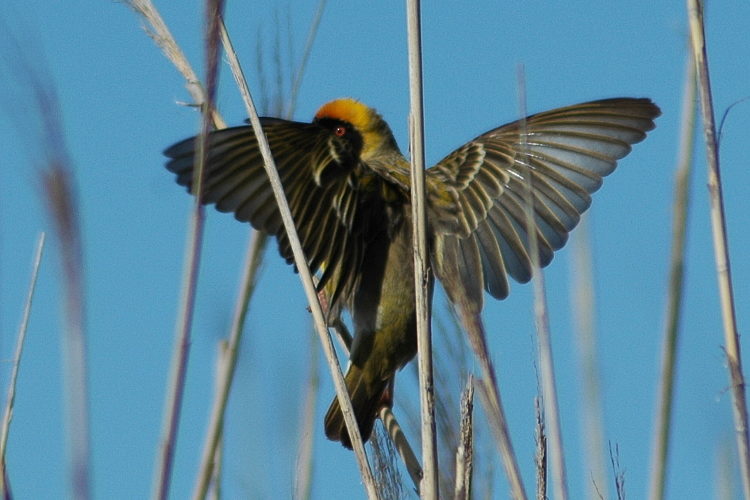 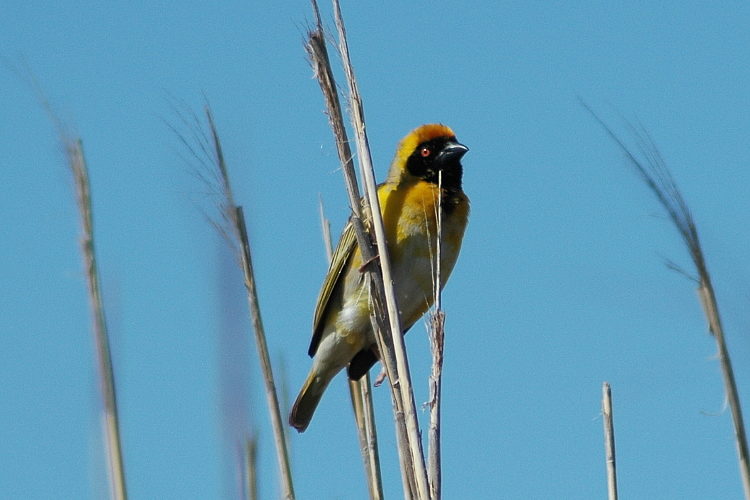 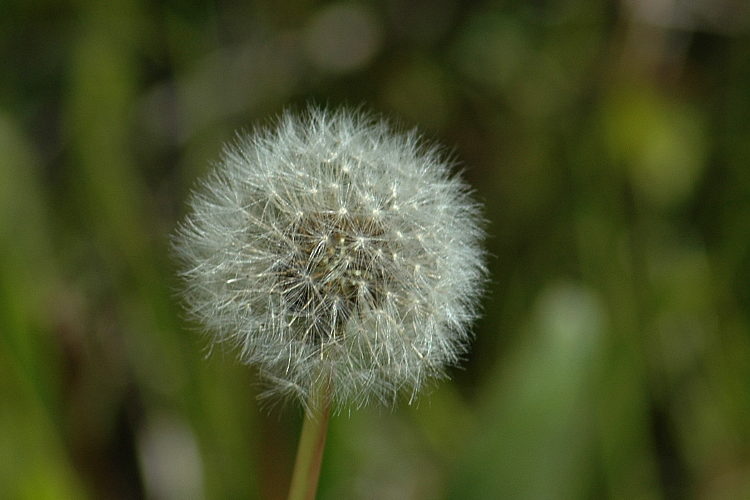 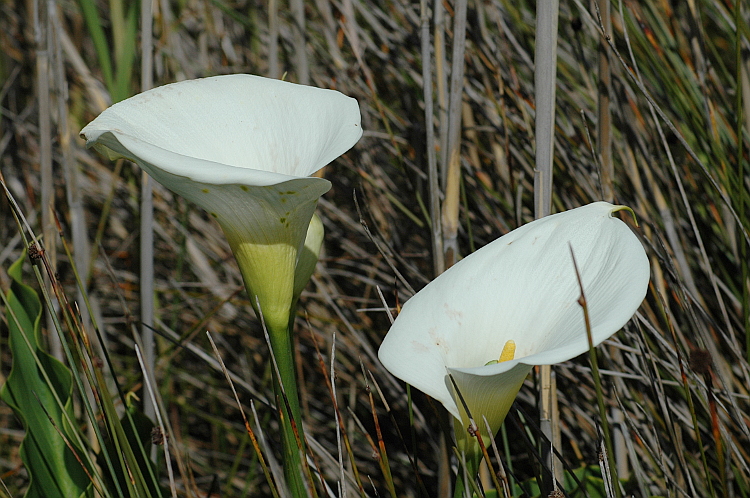 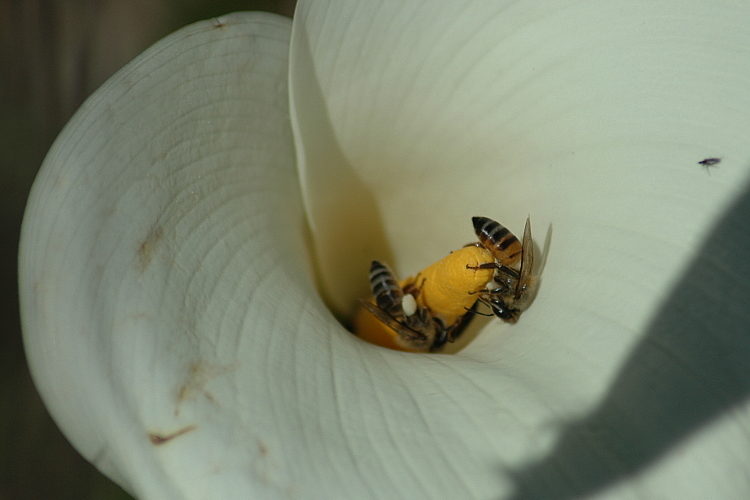 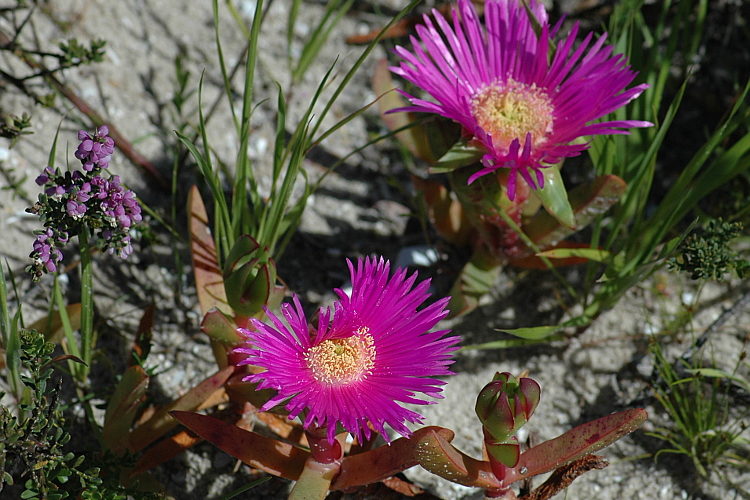 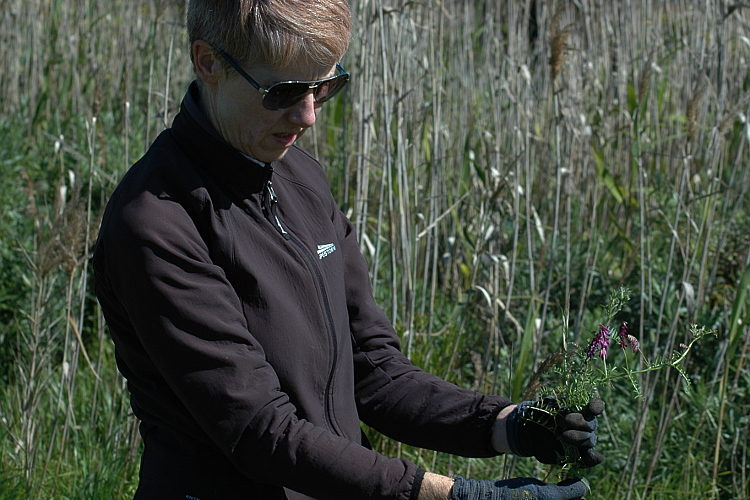 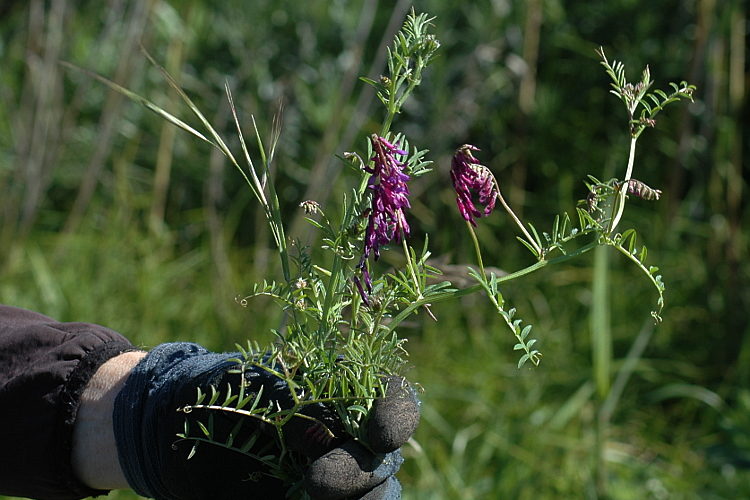 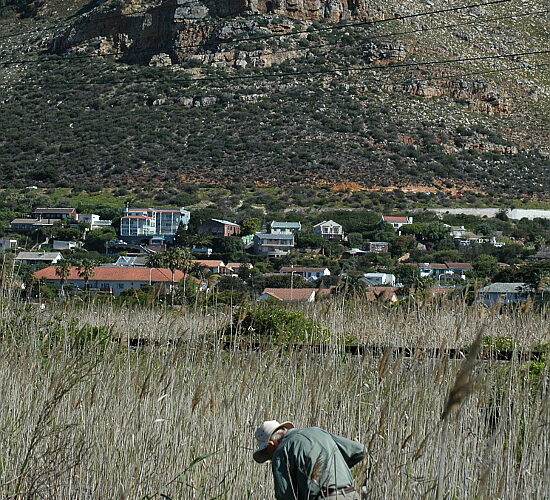 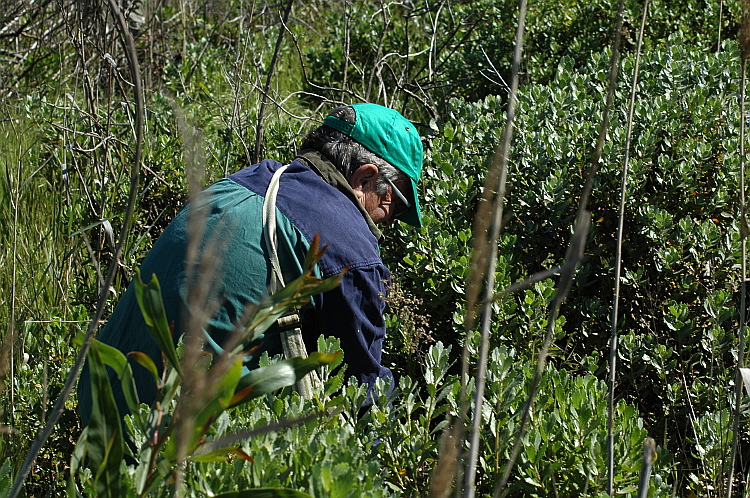 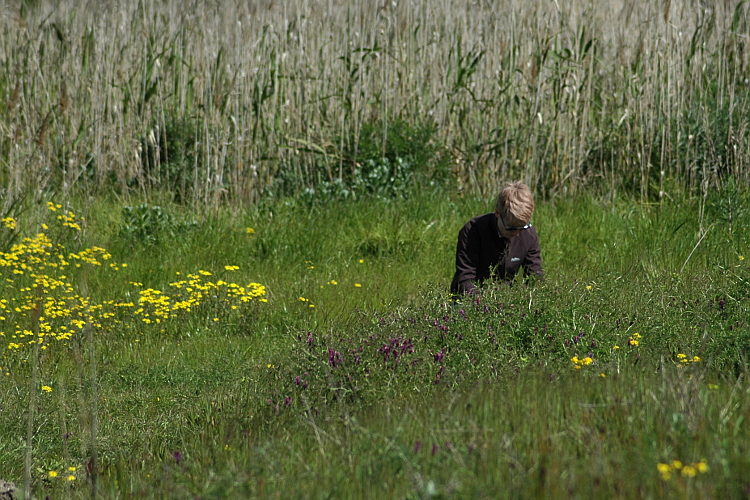 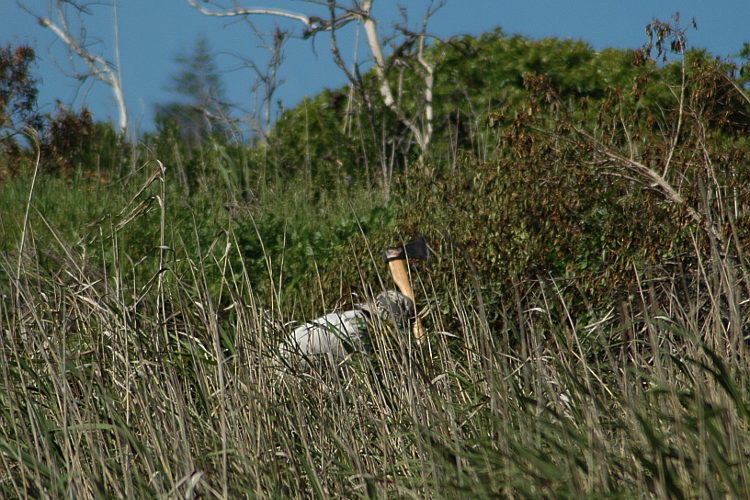 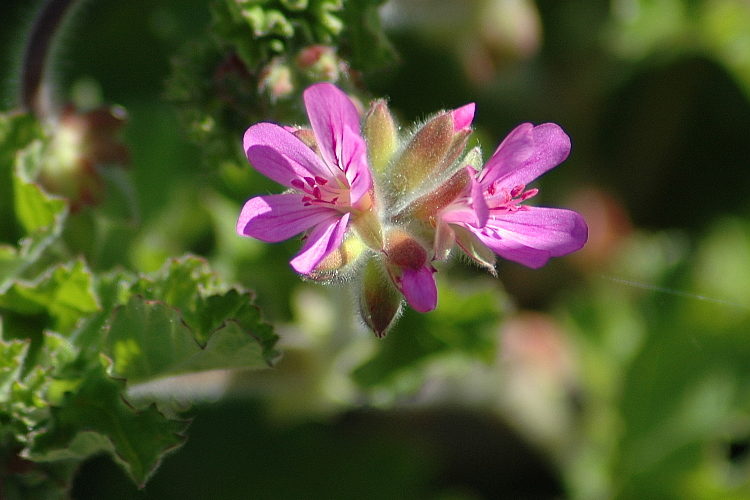 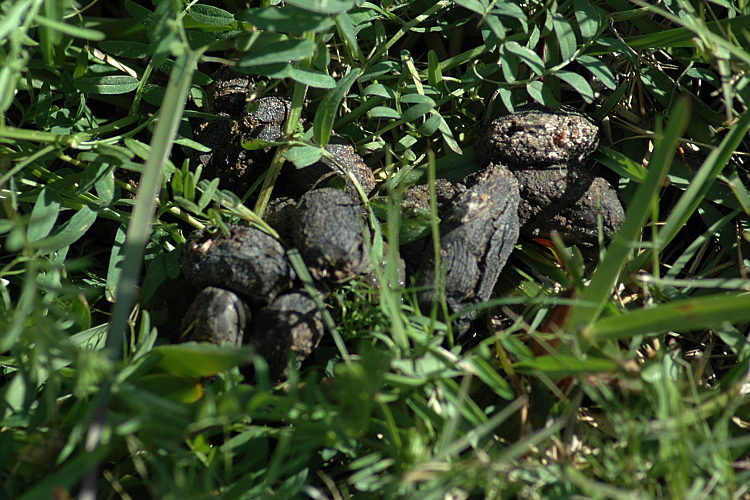 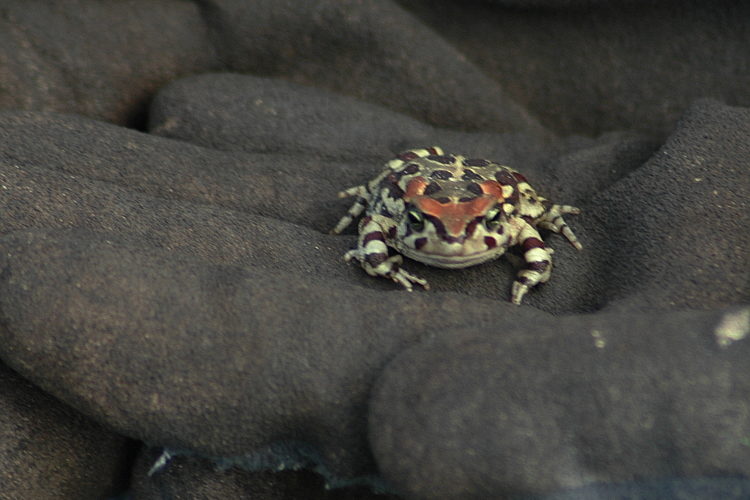 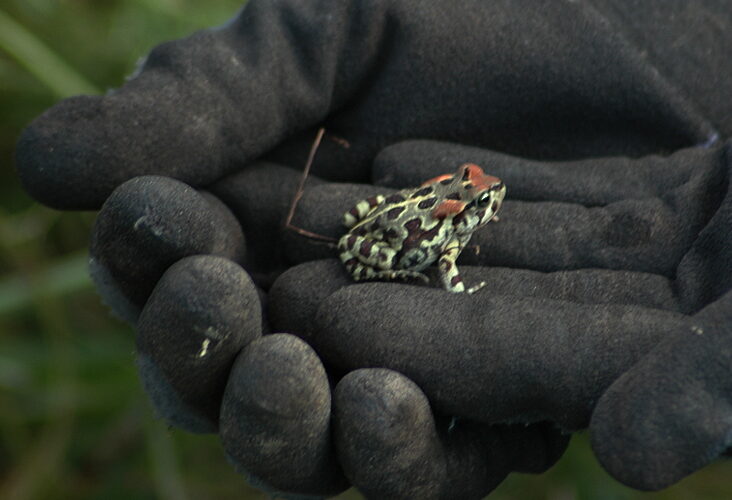 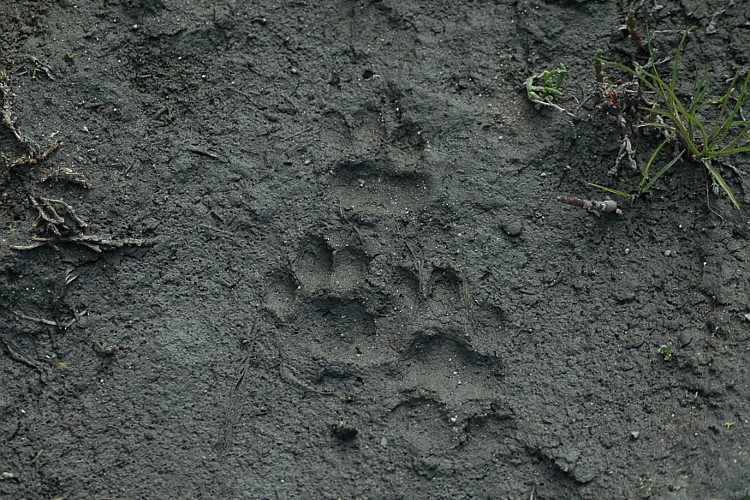 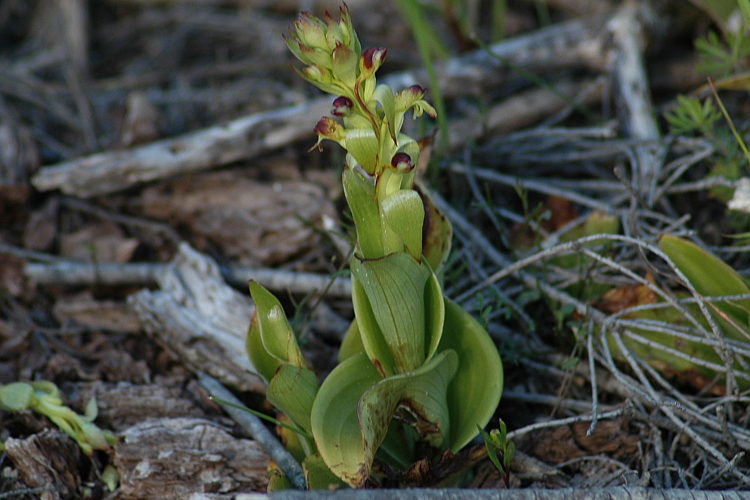