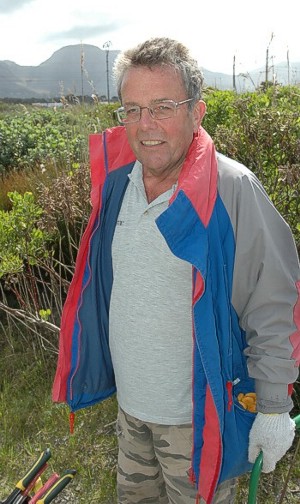 It poured down in the morning, and was cloudy, clearing with sun patches when we were hacking. Odd showers could be seen closer to the mountain range. There was still a strong NW wind blowing as a 2nd cold front was following the one just past. The water flowing under the railway bridge was very muddy and turbid. The measured surface flow was 1 metre per 2 seconds.

Before we started off, we found a small dispersing Western Leopard Toadlet in the grass at the end of Promenade Road. It was possibly 2 weeks old. When returning it after inspection another slightly larger one was seen in the grass. This is very early by 2 months for this stage of the development. So all missed the calls and movement in this area this year. Unfortunately I forgot to photograph it in the excitement.

The Vicia benghalensis flowering. This is becoming a serious invasive species in the last few years. Possible seed dispersal is by mowing machines operated by contractors for the City. They do not wash their tractors and or the cutting machine of the plant and seed material at the site. They then transport this material to other sites and this is how the problem is perpetuated.

Bert, Sue, Andy and Robin focused on the Brazilian Pepper trees next to the pond in Management block 21 and then went down to the inlet of Zandvlei where the Keysers and Westlake Rivers confluence. Barry was hiding his bleeding finger and about to go an get a plaster. The reed leaves are sharp!! There we found Hibiscus diversifolius out of control in the reeds and spent some time finding the main stems. This is a new species for us. Other Brazilian Peppers were cut down in this area. There was plenty of evidence of Porcupine digging for bulbs and they have been eating the new leaves of the Chasmathus. Many trimmed off square on the ends. Satyrium flowers are pollinated by moths.

Counted 25 bird species inbetween the hacking this afternoon. These will be submitted to MyBirdPatch as a test for the newly defined patches for Zandvlei Nature Reserve. An interesting sighting was 2 Yellow billed Kites. An African Marsh Harrier was also seen along with a single Fish Eagle. 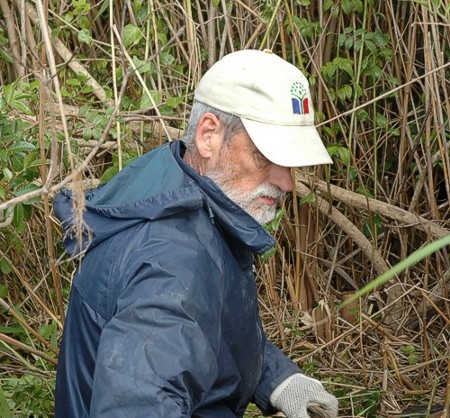 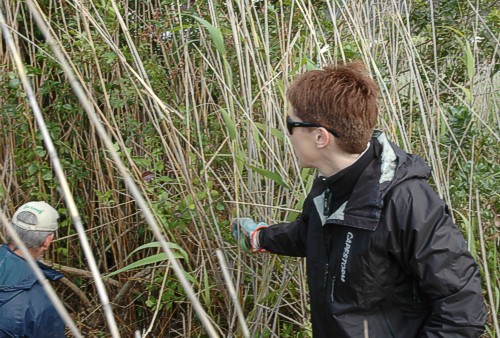 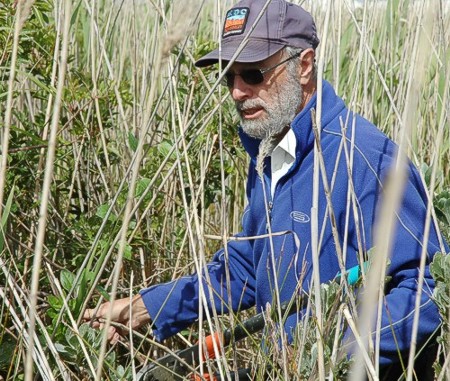 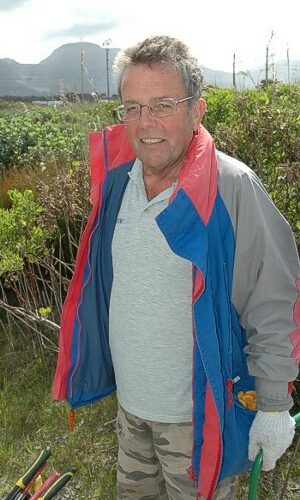 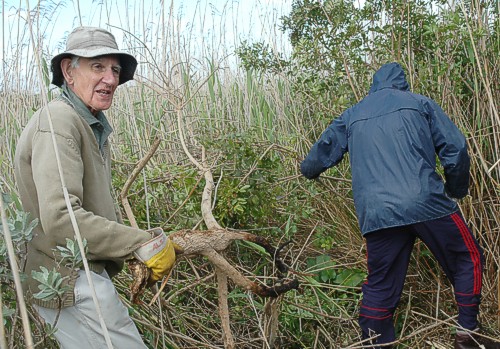 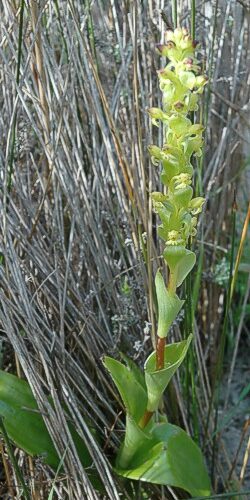 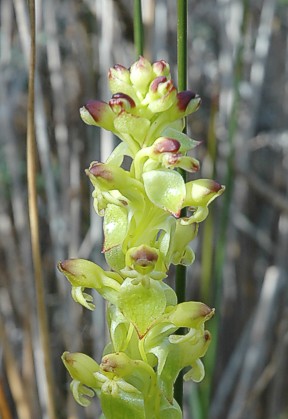 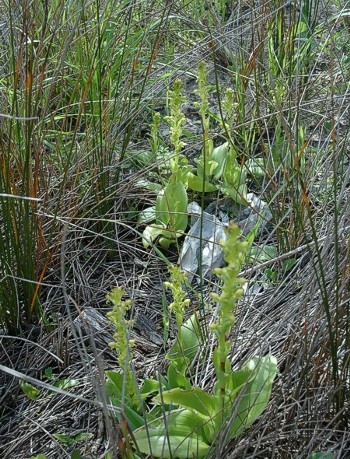 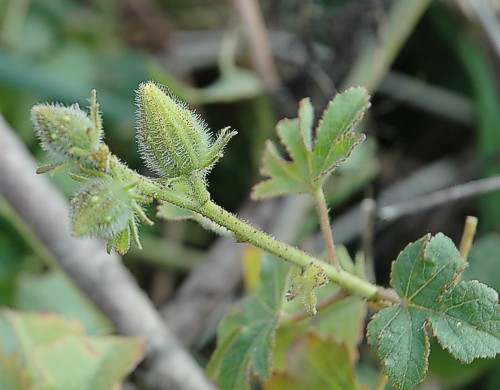 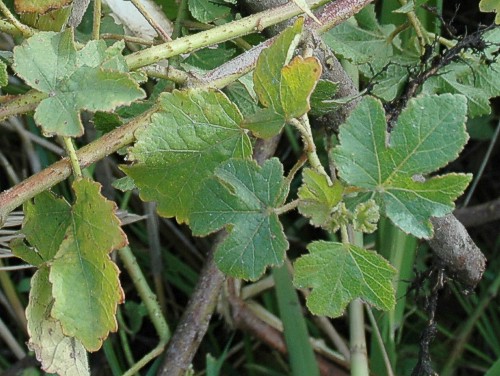 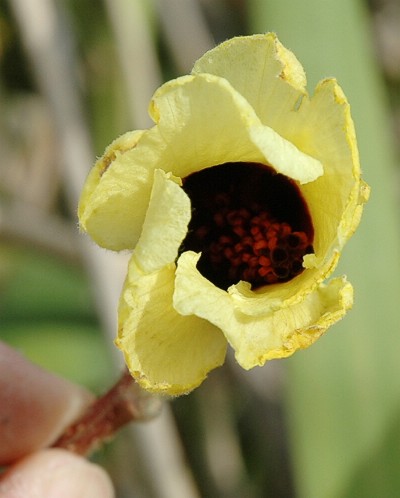 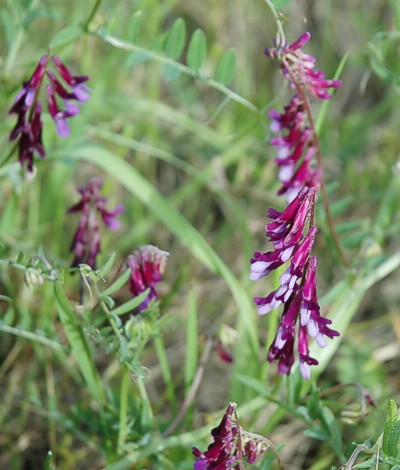 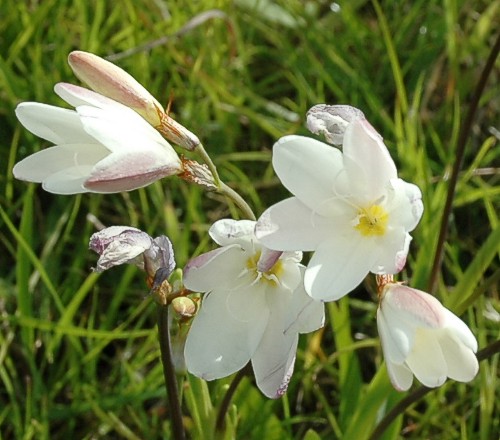 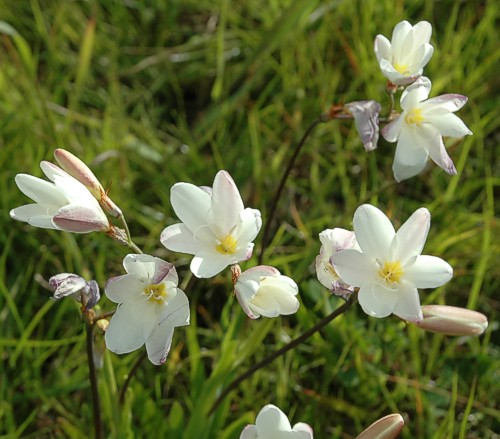