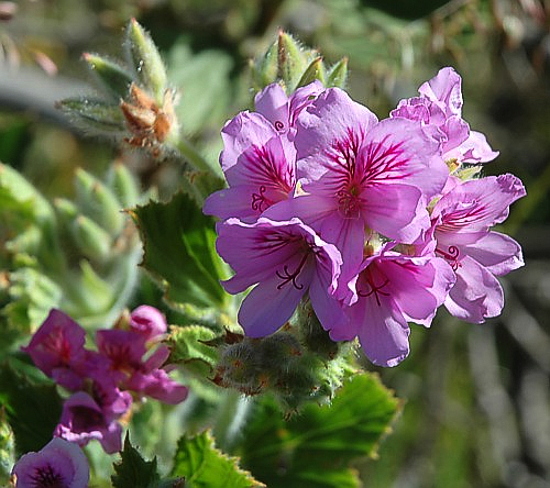 A hot sunny and very windy day from the SE. There were about a dozen kite board surfers on Sunrise beach today and a few windsurfers on Zandvlei as an indicator.
We started in the area where we left off last month and immediately found many more small seedlings in the forest area. The core group spent the afternoon here. Barry cut down a large lantana shrub. Bert cut down a large stand of similar blue flower plectranthus as at the southern boundary. Joan Boshier, Bowen’s mother came to help and find out what we do. Tanya and Gus came again today. A small stand of the Moreas. Wachendorfia flowers developing into the seed pods. Heliophila linearis were flowering. Morea tripetala managing to grow in compacted soils. Many Morea fugax flowering this month. Pelargonium cucullatum (Wildemalva) in flower.

The bee hive looks like it is starting to be active again. There were many yellow Moraea fugex flowering this month, we found a couple with a single leaf of 1.5 metres. Also encountered a bergie coming down the slopes, as we were going up he called us the ” nature mense”. Also a single bergie walked past us without a word or glance, not a pleasant looking sort. Milan found a deep sand nest with 3 unhatched eggs, possibly Guineafowl, and then Guss found an old Egyptian Goose nest with 9 unhatched shells remaining. Susan saw a Peregrine Falcon swooping over the tree tops. Red eyed and Laughing Doves, Southern double collared Sunbird, Cape white Eyes, Cape Robin Chat, Pied Crow, Bokmakierrie, Redwing and Common Starlings, Southern Boubou, Cape Bulbul, Feral Pigeons were present. The wind was too strong for the butterflies to cope. There were a number of long haired caterpillars munching away on plants. It was noticeable how the soil has dried out quite quickly since last month. There are a number of species of grasses in the forest area now with seed heads.
I noted that the grass pavement areas at the bottom of Old Boyes Drive have been cut. The planted roped off areas have been left uncut thankfully. 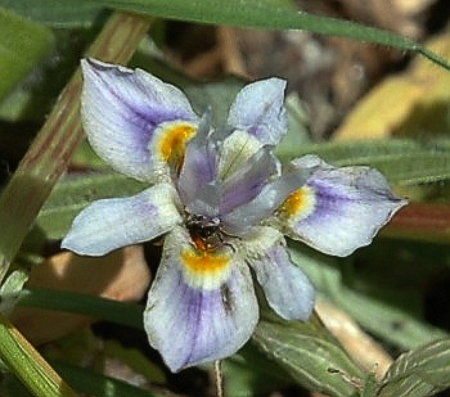 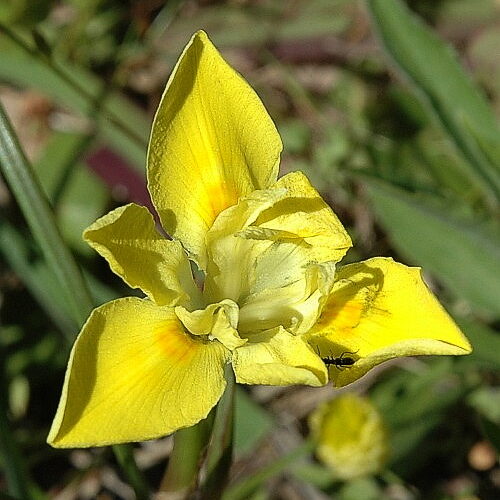 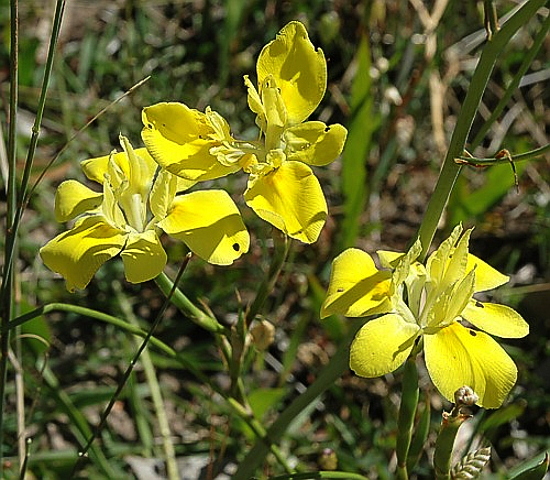 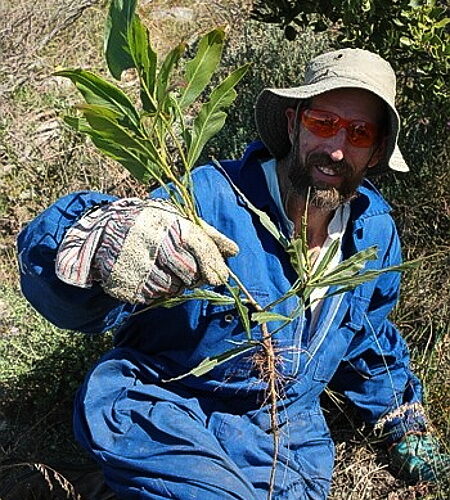 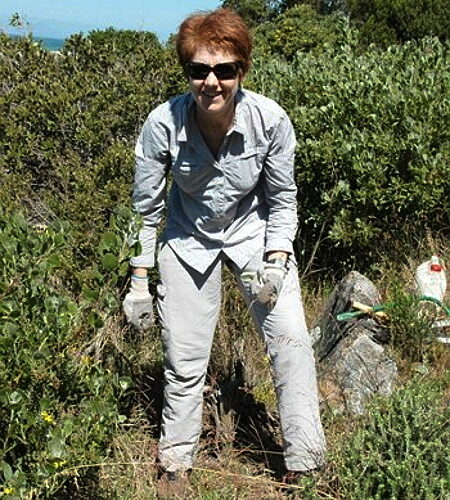 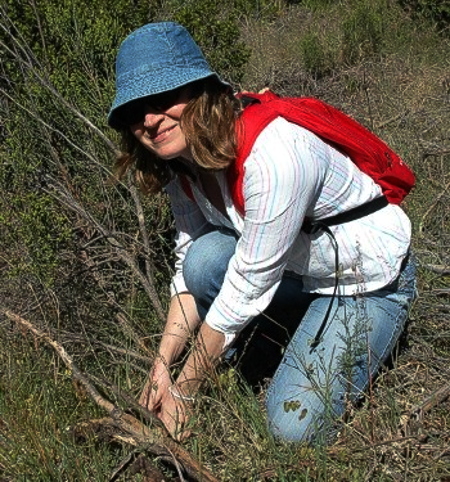 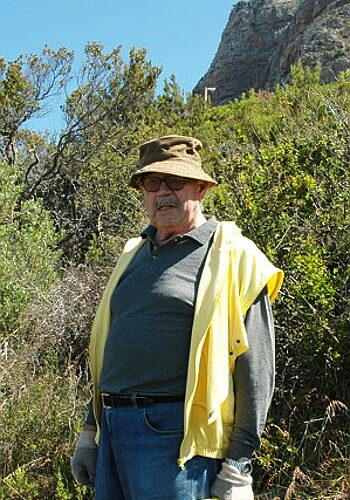 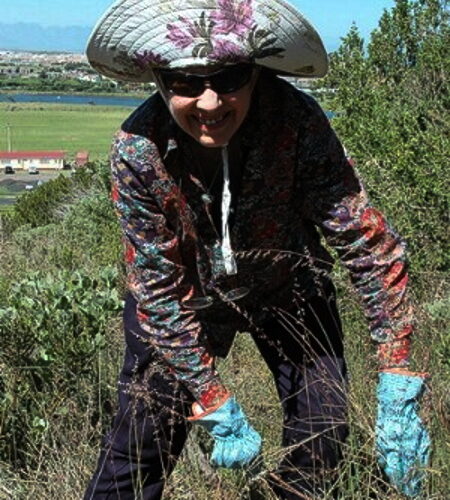 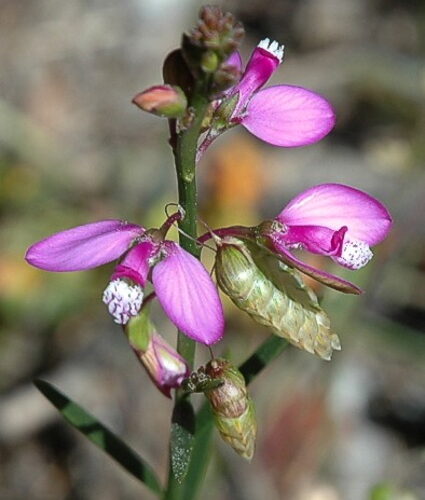 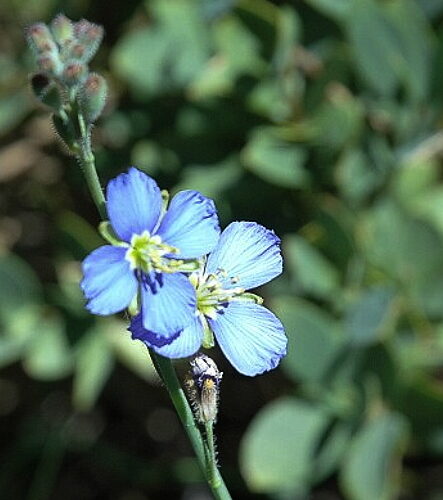 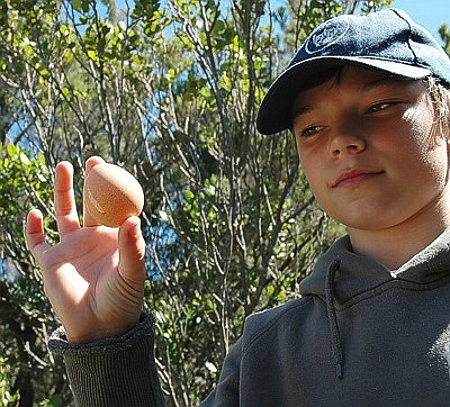 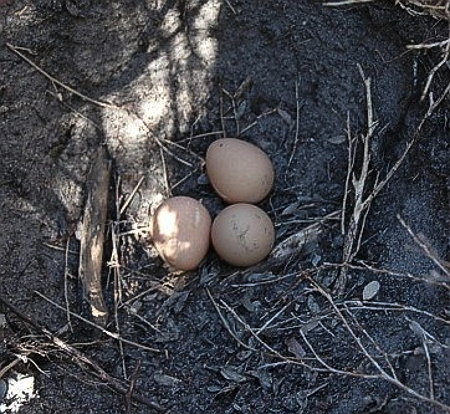 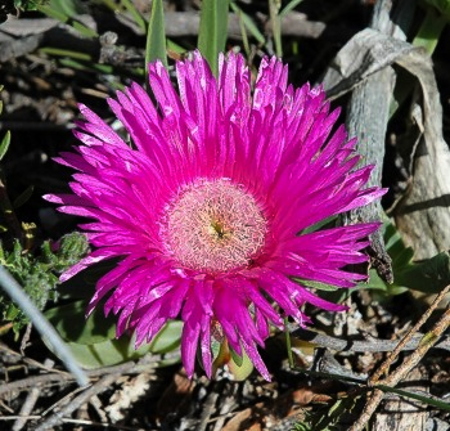 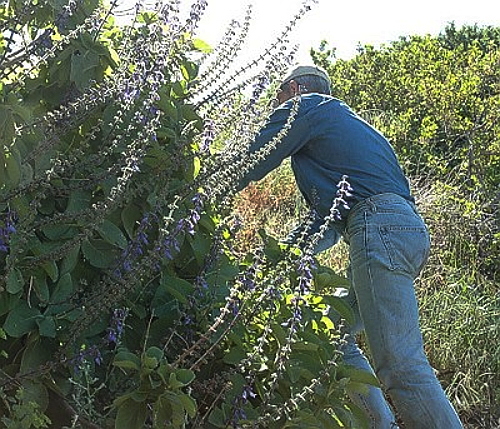 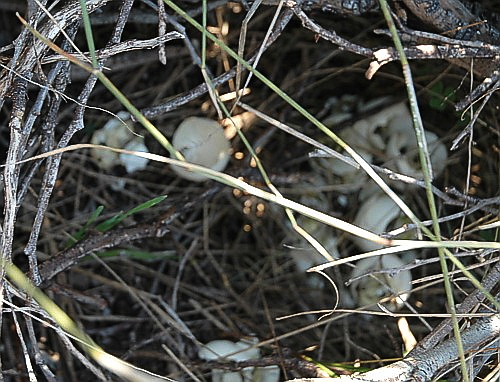 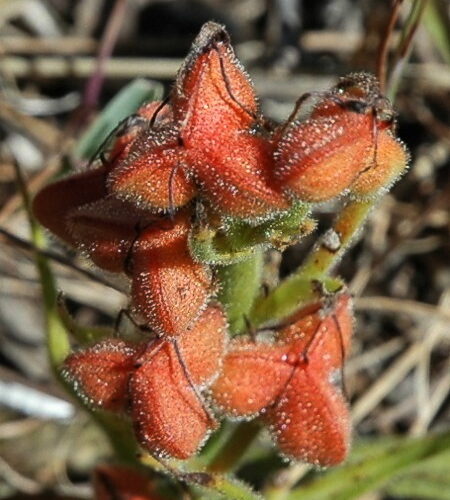