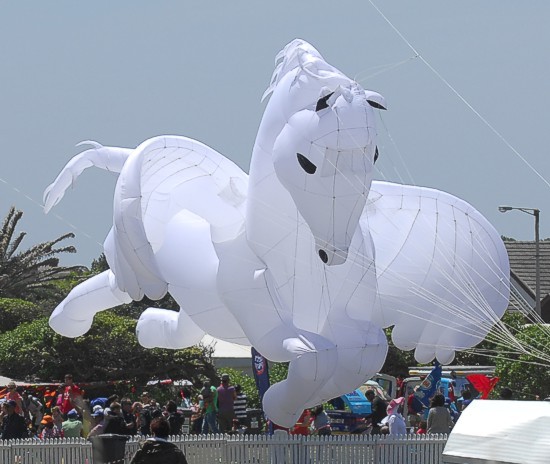 Pegasus had flown in for the 20th International Cape Town Kite Festival and was inspecting Zandvlei.

A strong SE wind blowing, on a hot sunny afternoon with a blue sky and no clouds. The mouth of Zandvlei was open and the flow rate under the railway bridge was 1 metre per 8 seconds. The water flowing by into the main waterbody was still murky. At the mouth it was crystal clear and aquamarine blue.
We continued with mainly Brazilian Pepper trees, Palm trees and the Pampas Grass in Management Block 27 along the railway line. Barry cutting down a Brazilian Pepper tree. Bert with the new handle on his large machete cutting the last of the root stumps out of the large Pampas Grass clump. Robin continued with a second smaller clump further down the railway line.

The bird count was 27 species for the MyBirdPatch block. The African Darters and Common Starlings were the most seen species flying about. The Silver bottomed Brown Butterflies were seen flying along the pathways and the Emperor Dragonflies were present. There were not many birds seen on the main water body. A Rain Spider or Lizard Hunting Spider nest near the (ex)large Pampas clump, it was very well disguised with dead Pampas Grass leaves.
One of the chaffer beetle species feeding on the pollen stem of the Arum Lily.

The Naval Cadets were active with their training at the T.S. Woltemade Base and were seen moving a training boat onto the slipway. 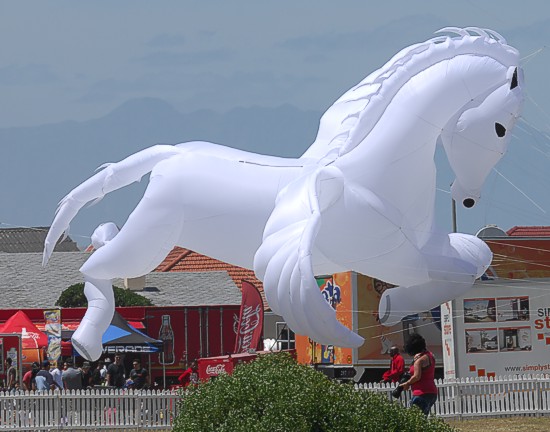 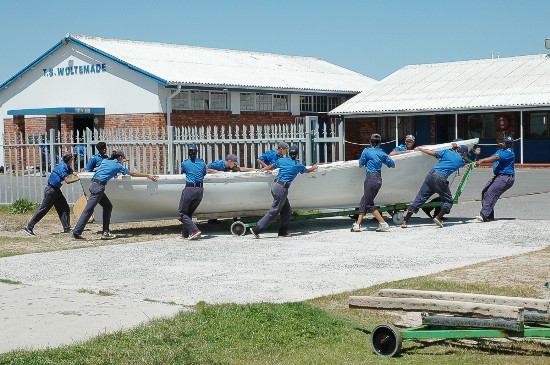 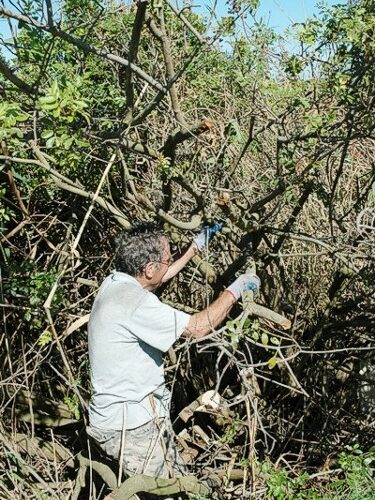 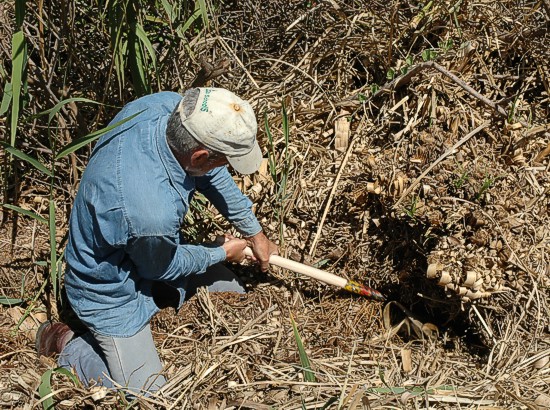 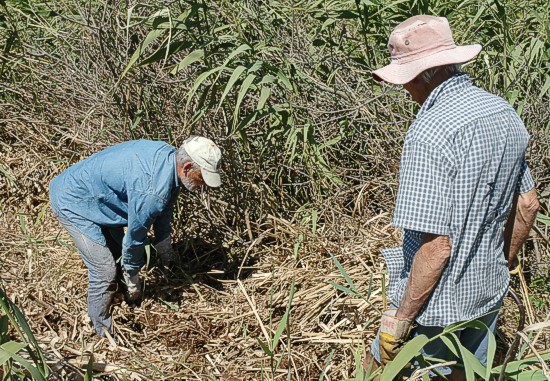 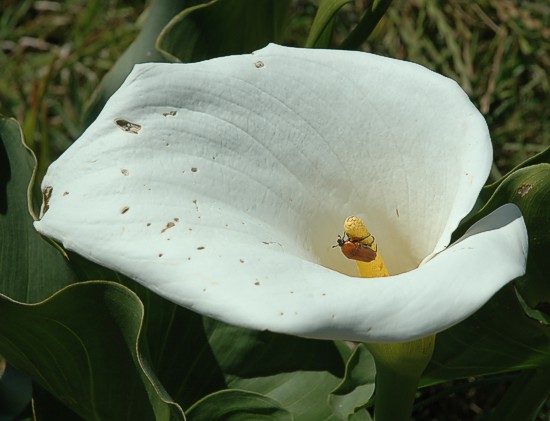 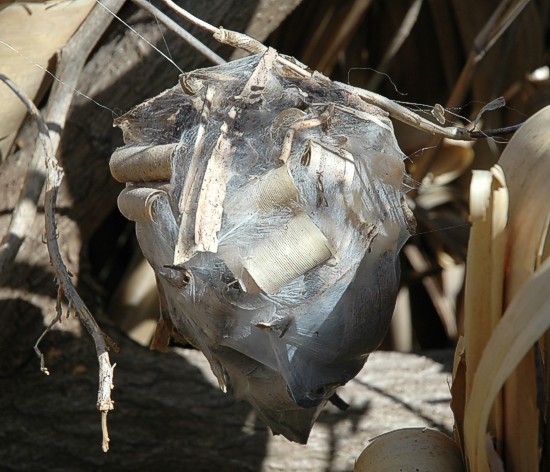