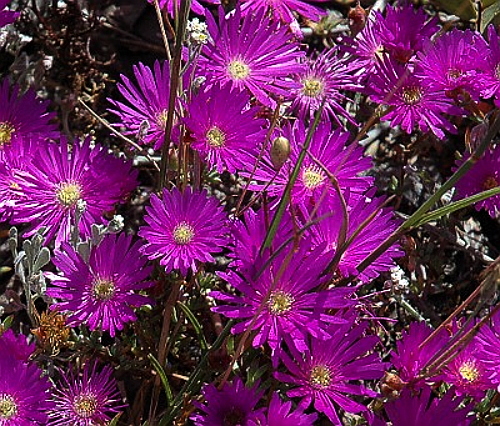 The Watsonias are in bloom on the slopes of Muizenberg. They are a mass of colour. This area was burnt last year in December and has produced a wonderful selection of flowers this year, during the rainy cold period and now.
The day was hot, sunny and a windy day from the SE.
David, Andrew and Daniel (school boy volunteers with their Dad) started in the forest section and pulled more small seedlings. We then split up and went along different paths working areas. In the photograph Daniel is showing the length of the root system on this Port Jackson seedling he has just pulled out.

There is a serious bergies home with very burnt trees just off the Old Boyes Drive road. We found a section of Australian myrtle seedlings which we need to tackle next month.
The bees were certainly attracted to the flowers. An unknown stick insect, maybe a Thunbergs Stick Insect, as it was on Australian Myrtle. A bagworm nest made of leaves held together with silk threads and attached to the twig.
There are many grasses with very pretty flowers at the moment.

Mark Arendse sent the photograph of the pile of rubbish removed by the Reserve staff on 14/11/2012 from the site where the bergie was living.
Well done the the staff. They are waiting to use a truck to remove the mess to the landfill site. 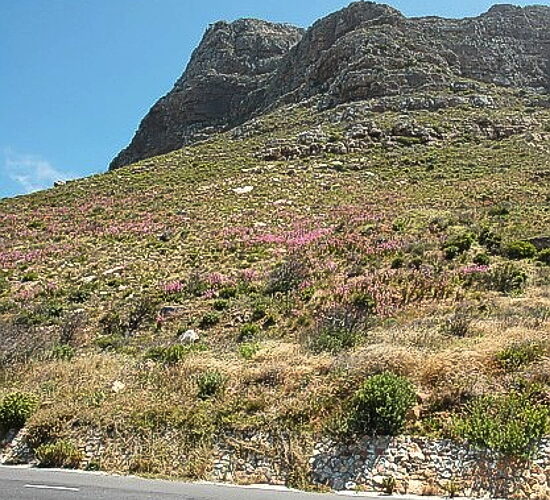 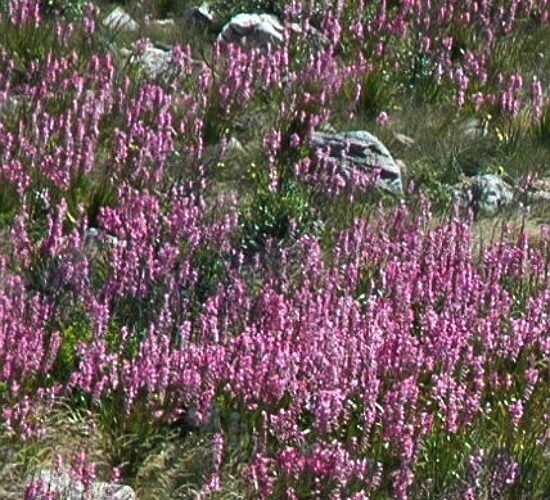 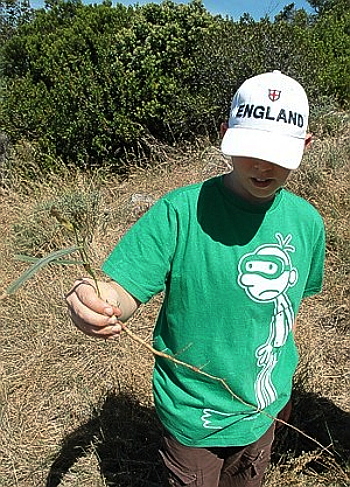 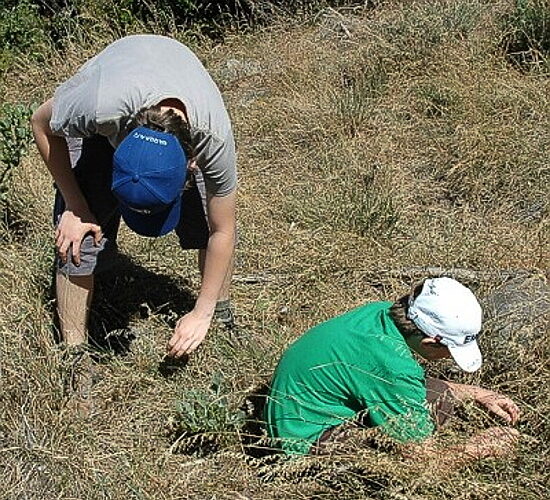 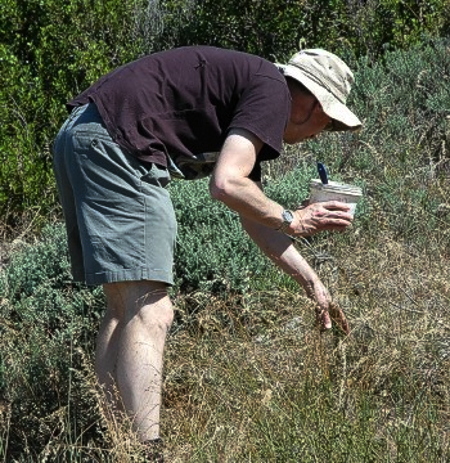 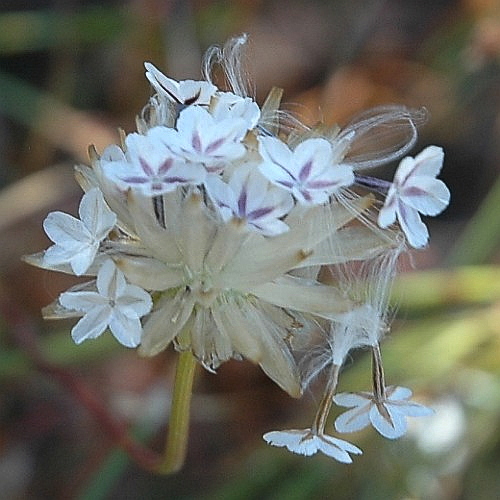 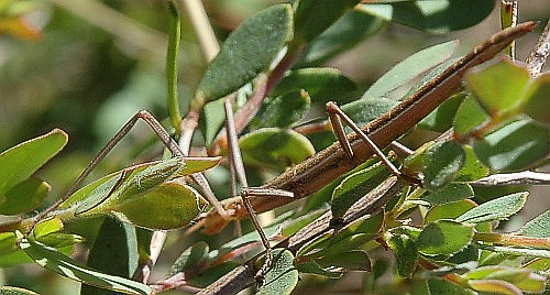 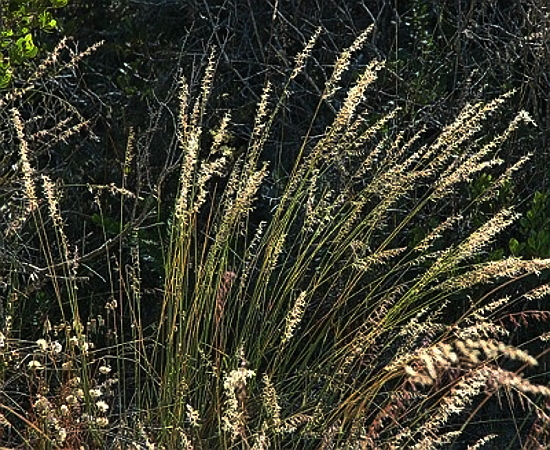 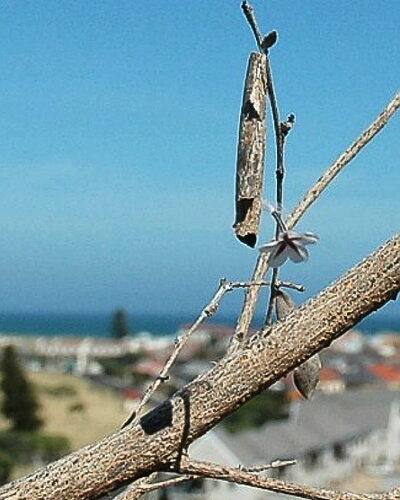 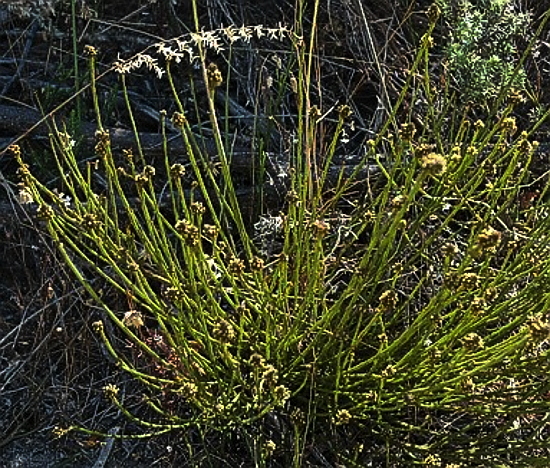 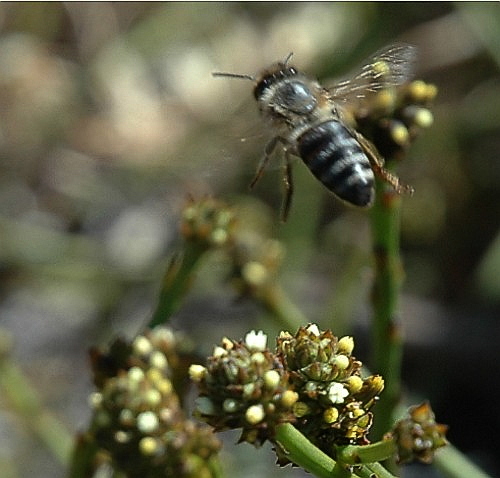 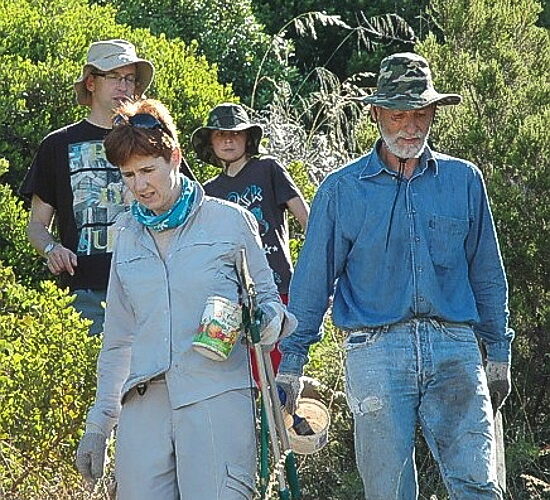 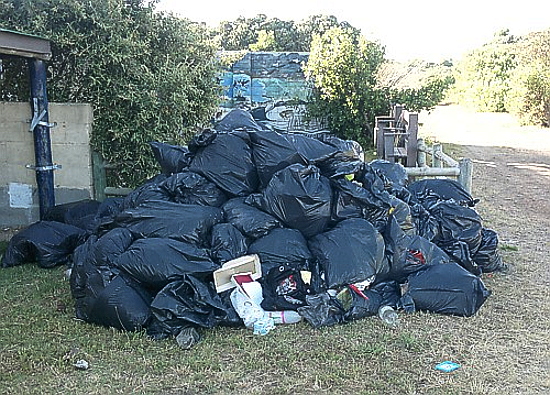