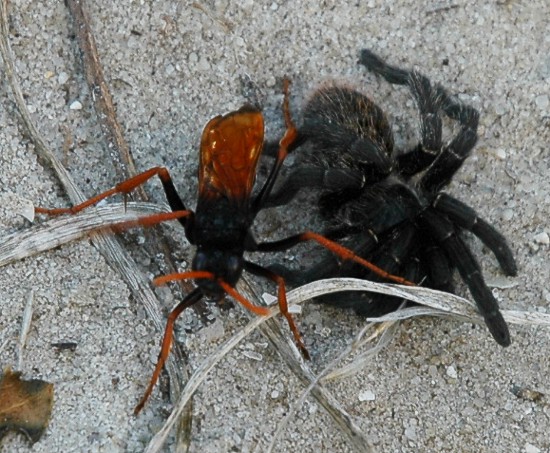 The first Chasmanthe aethiopica are starting to flower. The water was still a dark green colour under the bridge when we crossed today.
It was clear and sunny with a strong SE wind which helped us keep cool compared to last month. There was a real black SE cloud formation on the Peninsula Mountain range today.
We continued working in the reeds along side the Keysers River cutting Brazilian Pepper trees. The estuary mouth was closed with the water level in the vlei quite high. Water under bridge was flowing at 1 metre per 15 seconds and still dark green as seen last month.

A few Silver Bottom Brown Butterflies were seen flying in a few places along the pathways. There were very few birds flying and in the waterbody. 20 species of birds for the MyBirdPatch, including 1 White backed Duck amongst the many Coots. The Scouts did have a regatta on with a number of yachts sailing about in the strong wind.
We saw the spoor of a Grysbok in the central pathway across Block 21, also where we saw the wasp and spider.

Trevor was sawing the branches of Brazilain Pepper tree, so it could be removed from the tangle of the reeds. Sue and Robin removing branches of a Brazilian Pepper tree out of the way. Greg and Nathan two school boy volunteers “learning the ropes” of alien invasive vegetation removal. Sue working on a creeping vine which she found root anchored in the Keysers River. It was about 15 metres long.

Trevor sawing the trunk of the Brazilian Pepper. A photo as an example of a small Brazilian Pepper which was not properly stump treated (grey blue dye markings) on the old original tree. The new growth copsed from the stems and grew to double the size.

We saw this spider hunting wasp busy dragging away an immobilised Baboon Spider when on our way home. 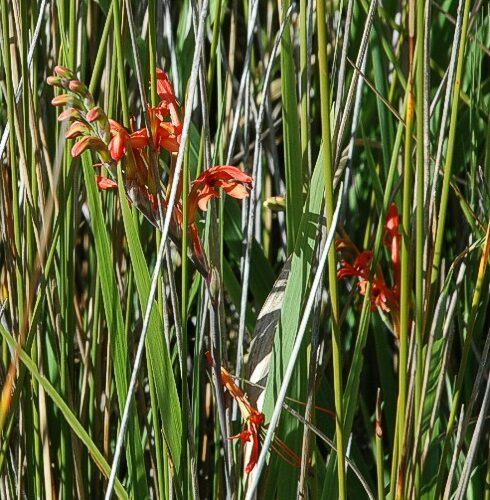 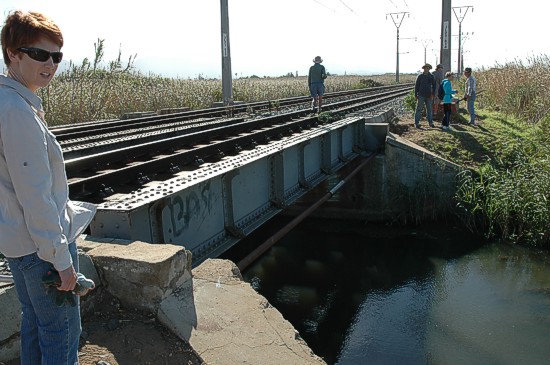 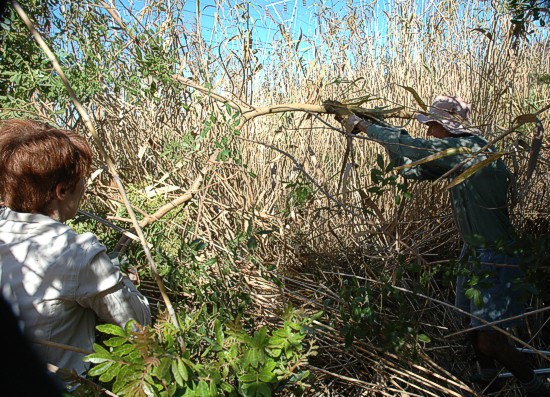 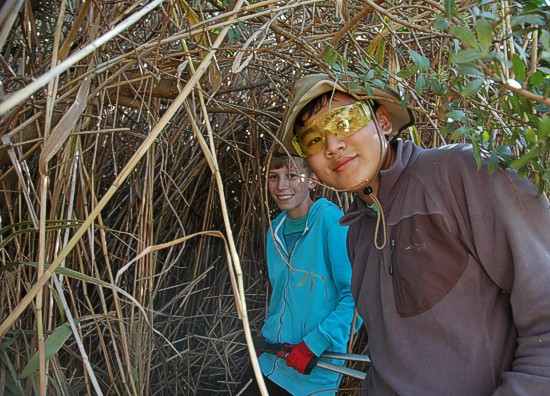 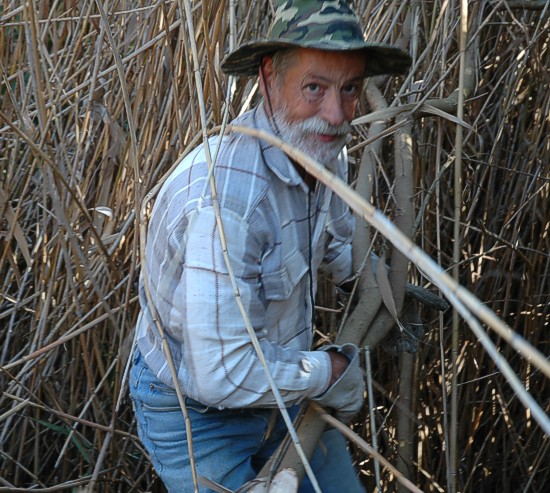 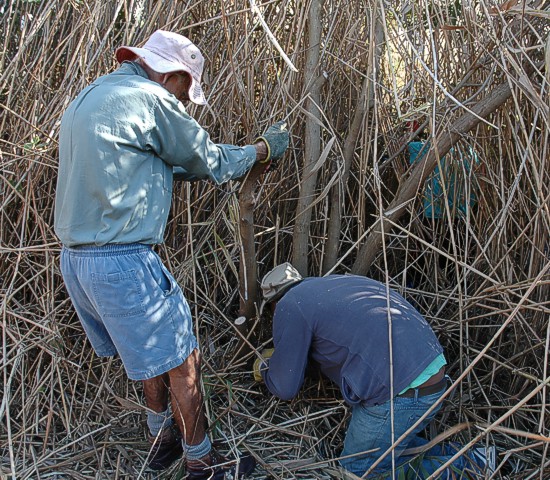 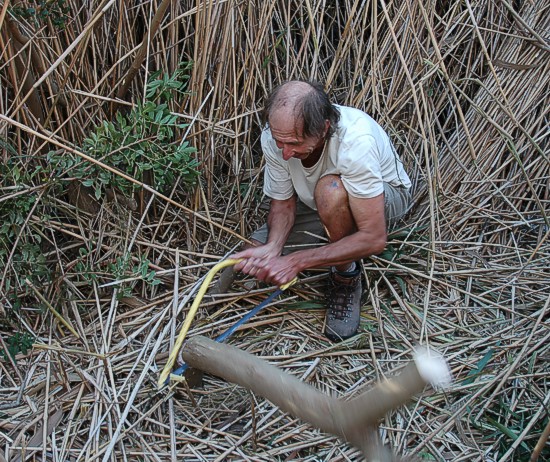 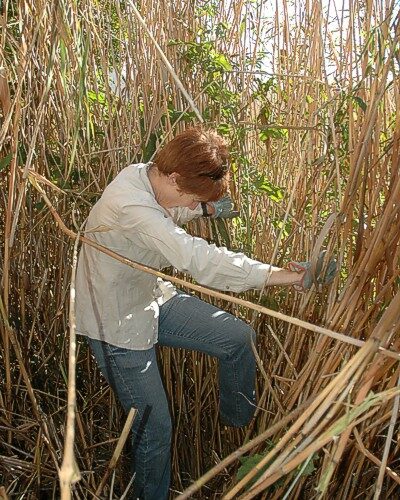 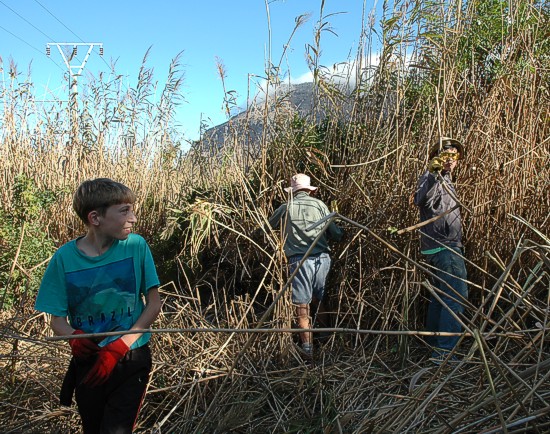 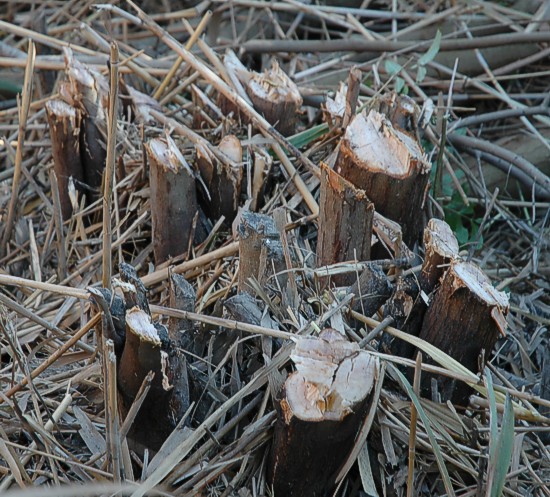 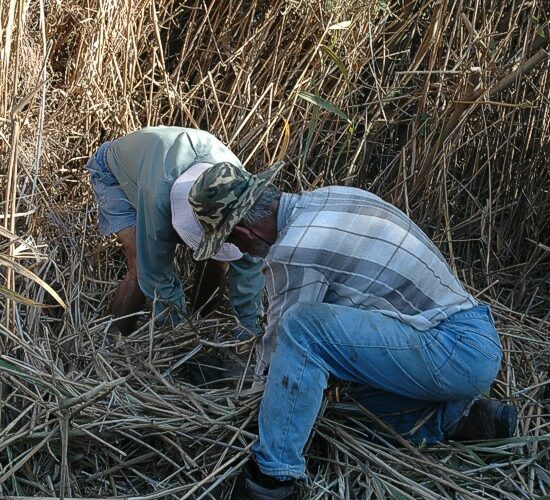