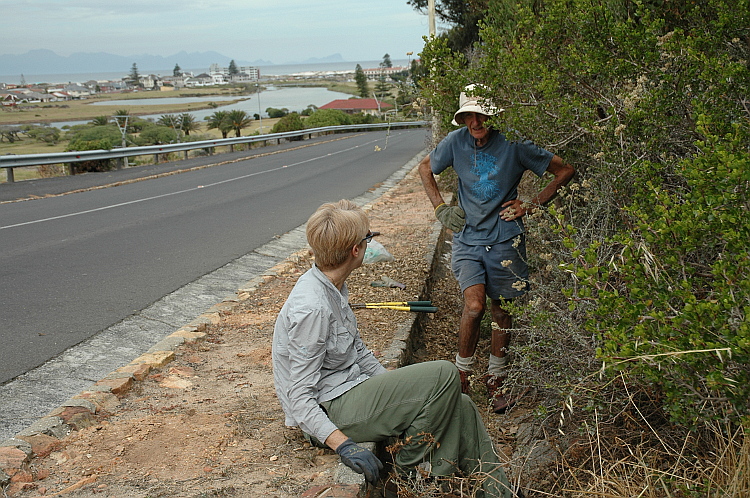 The very high over head clouds blanketed the sky to a grey haze colour. This helped keep the air temperature down and there was no wind. Pleasant working conditions for hacking.

15 species of birds were seen. A Black shouldered Kite landed and sat on a neighbouring house TV aerial and a short while later there was a loud commotion on a bush below, with Cape Bulbuls, Cape Sparrows, Cape White eyes, Malachite Sunbird protesting at the presence of an intruder. A Cape Spurfowl exploded from the bush nearby making a loud noise. What was it? A mongoose, a domestic cat on the hunt? We did not find out. The commotion of birds moved down the slope of the mountain quite quickly. So it was not a boomslang either.
The only insects we saw were a couple of species of ants, and 1 Cape Lappet Moth caterpillar. No butterflies were present.

Bert worked in the upper section cutting a big rooikrans tree. Barry worked the Cap Michel Close upper section again and finished off what was left last month.
Robin, Sue and I continued cutting back the vegetation overhanging and blocking swale down Old Boyes Drive which we are systematically clearing. We cut back a very old Cissampelos capensis (bitterhout) shrub /creeper entangled around a rhus.

The Zandvlei estuary mouth was closed. The water level appeared to be low. There were a few yachts trying to move about in the slight breeze down on the water below. 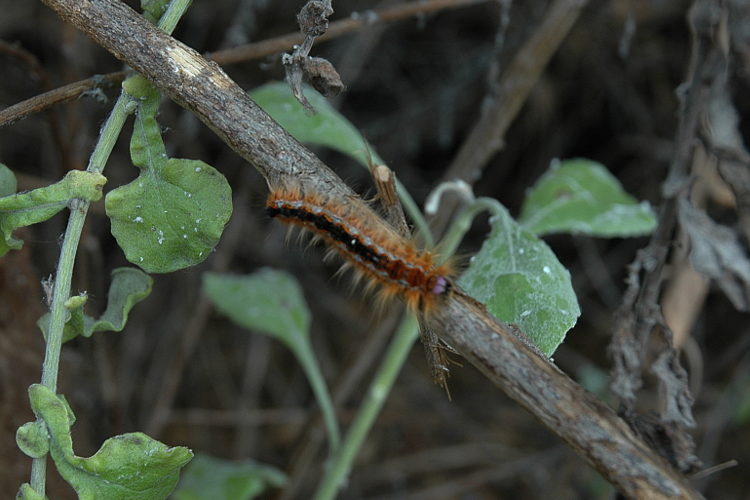 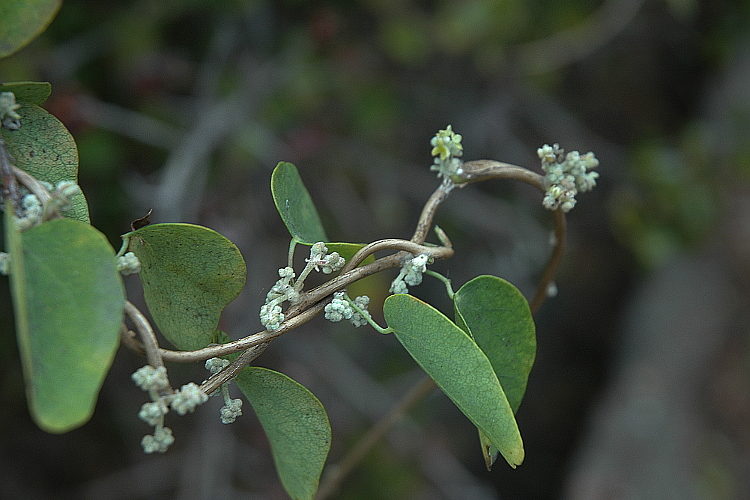 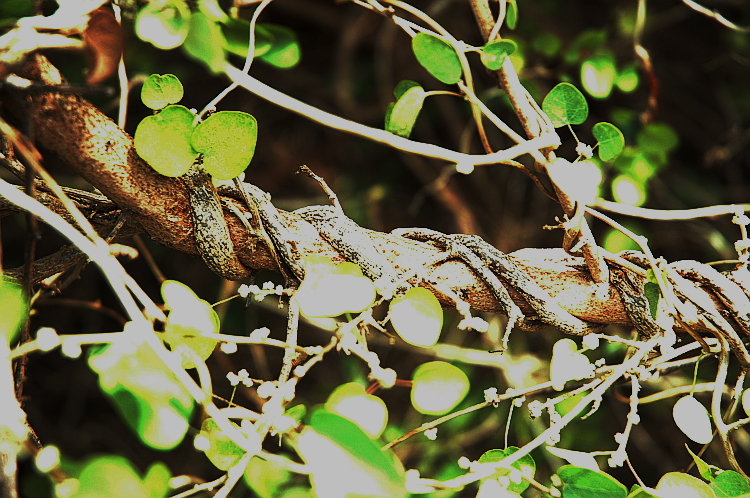 Kirstenbosch Bird Walk – 21 February 2018 led by Otto Schmidt.
Prior to the AGM on 12 April ………read the minutes from last year’s AGM