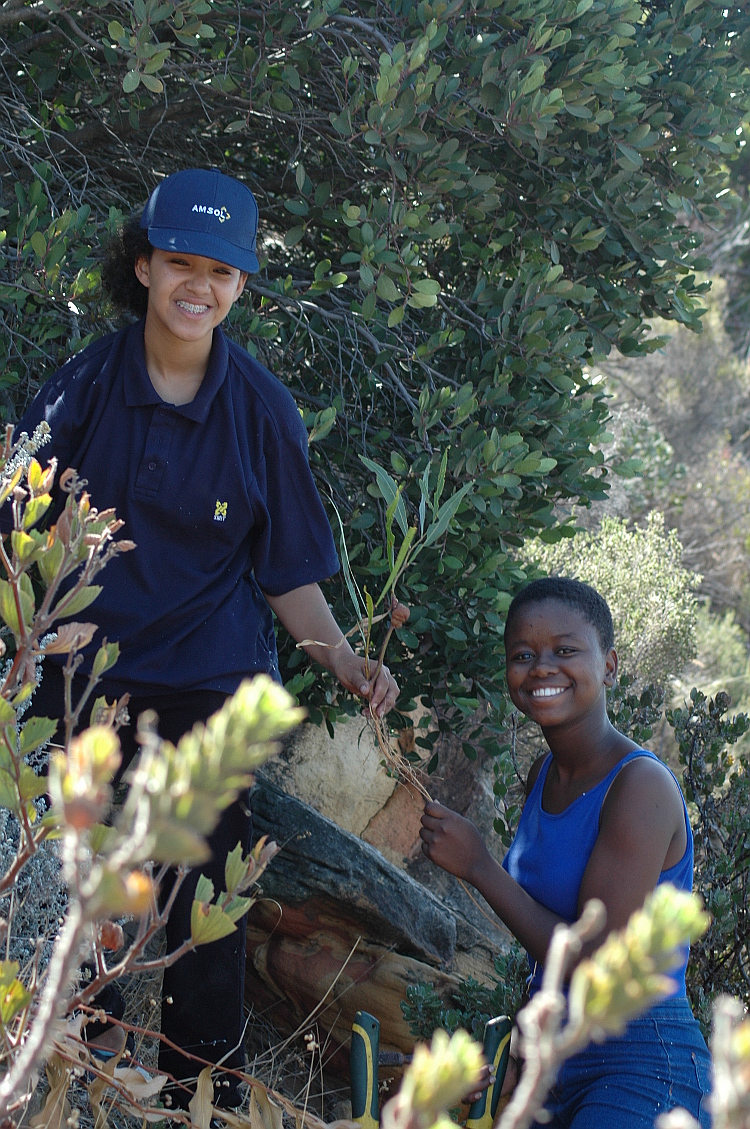 Hot clear sky with the smoke still over the Constantia valley from the Hout Bay fire. 1000 shacks burnt down last night. Very little wind initally but it started gusting from the mountain in various directions, which helped to cool the air temp. We decided to work on the upper section today. Bert went by car to Boyes Drive to work down from the top. He cut down a number of Manatoka trees some large ones too. He described the southern neighbours garden as having many such trees which have dispersed the seed in the Reserve property.
The Simons Town High School students Lizwi Dlamini, Jody Kirsten Mcfarlane, Sbusisu Dube worked with William Radue and Sue. They want to start an Eco Club at school and cut down the invasive plants on their school property. They say they have the principals permission. I have asked them to write up a plan with some suggestions for them on how to start the club. Also suggested they start a FaceBook page for their club.
Port Jackson were the main plants pulled out or cut down by the rest of the group. I found a Spanish Broom plant on the pavement which had copsed. The Honey suckle plant is reasonably dead, but much more to be done when it is cooler. There is continuing dumping of garden waste into the Reserve from neighbouring residents gardeners. There is a growing small sisal plant with bi-colouring which should come out before it gets too big.

The ground is very dry. Hopefully we get gentle drizzle as the first rains to moisten the surface layers, other wise there is going to be washaways.
There was almost no insect, animal or bird life visibly present today. 3 species of birds were seen – Red wing Starling, Feral Pigeon and Red eye Dove. Photographed a Cape Girdled Lizard which is a first I have seen in this area and so low down the mountain side.
The City’s Solid Waste building in the Main Road is having its roof replaced. Good to see that the building is being looked after, as it must be a heritage building. Quite a process with 5 layers of roofing materials being used. 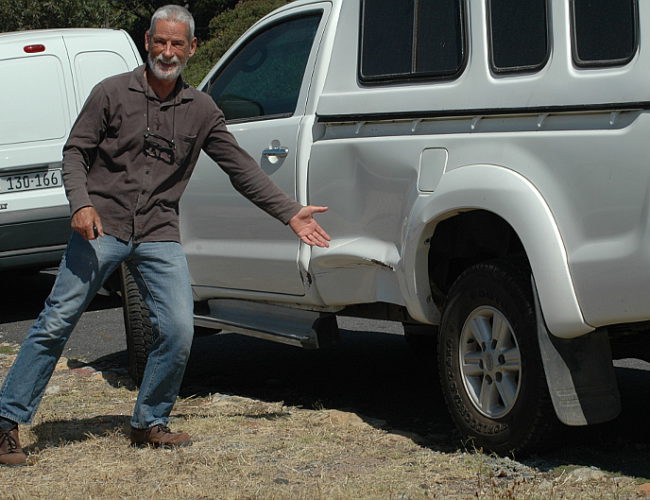 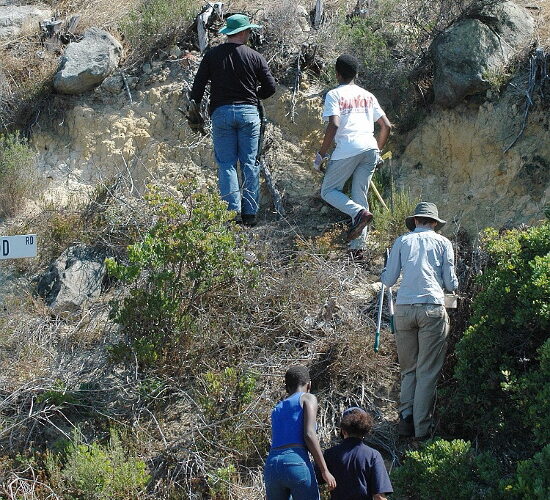 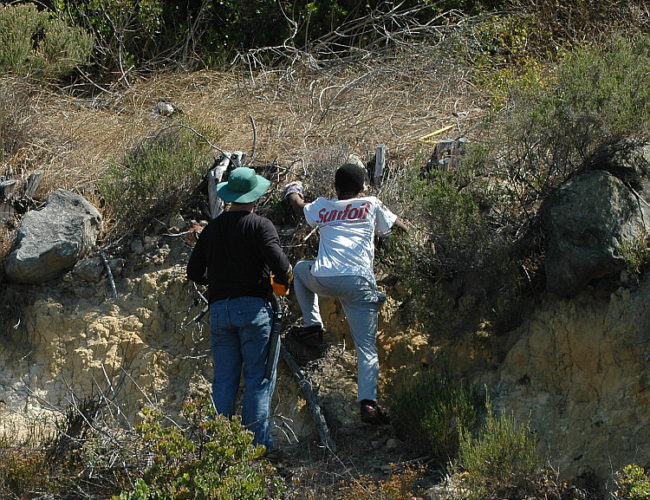 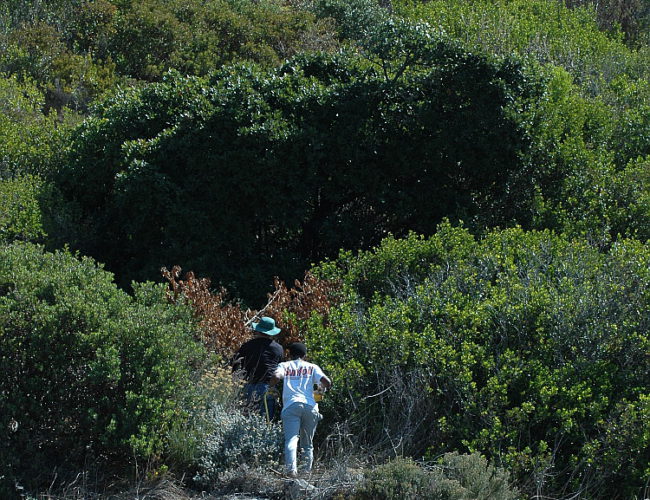 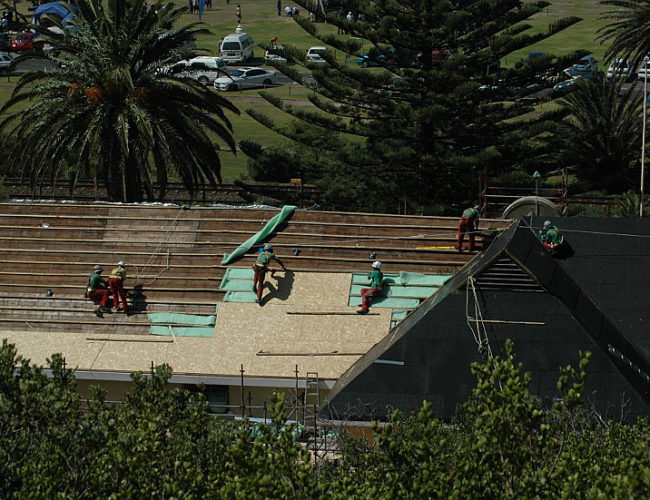 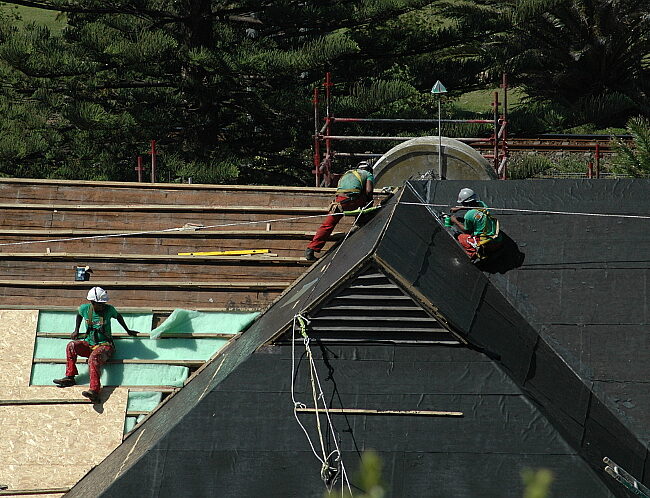 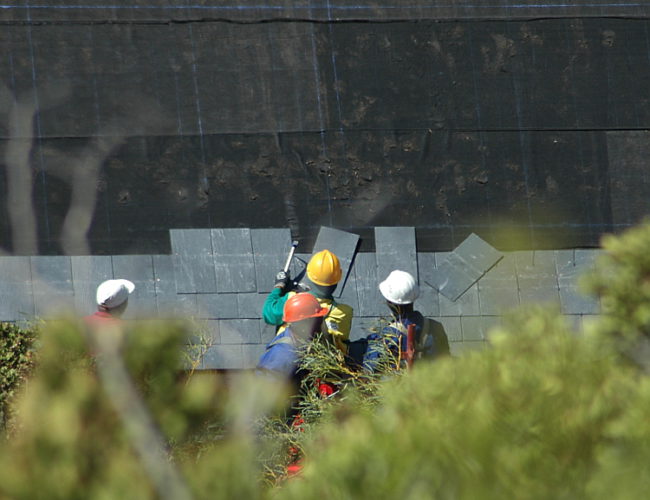 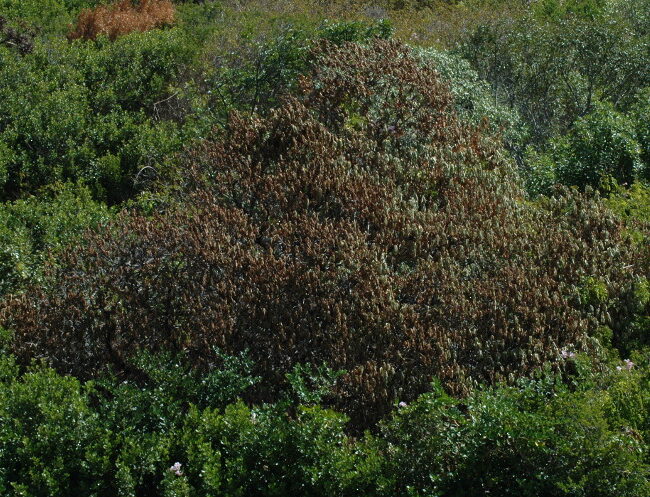 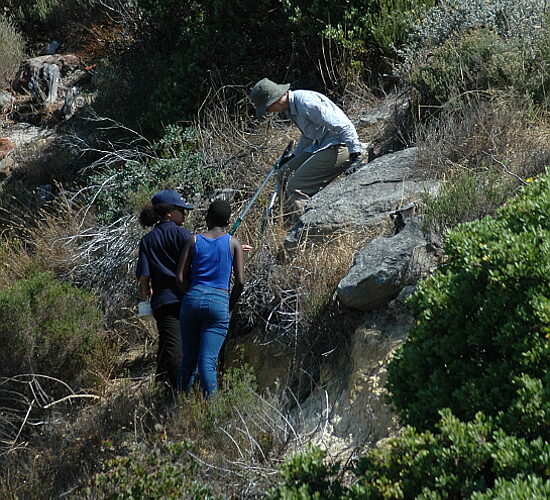 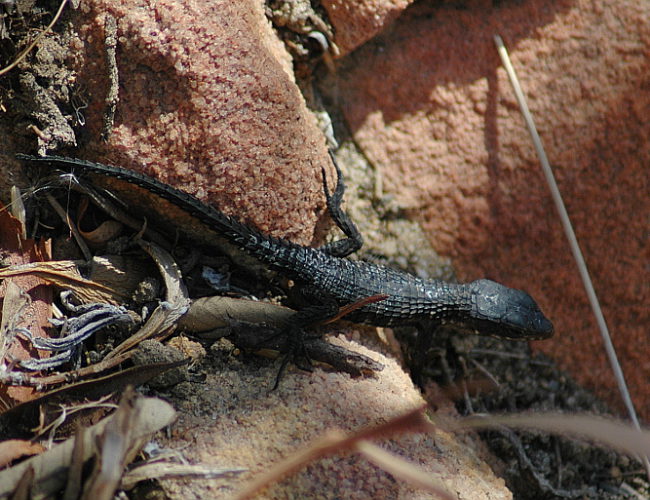 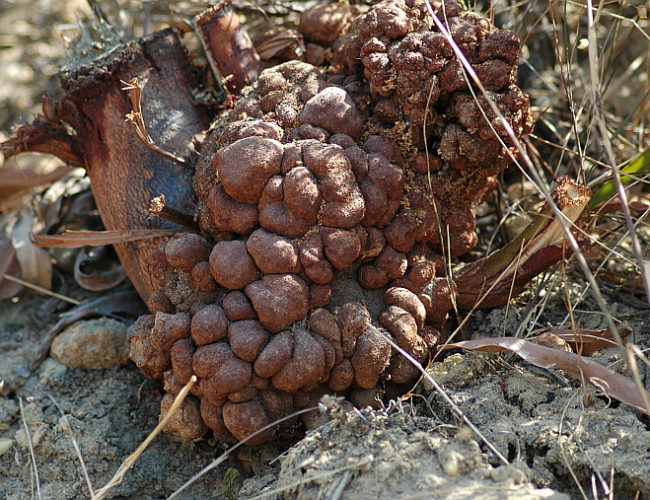 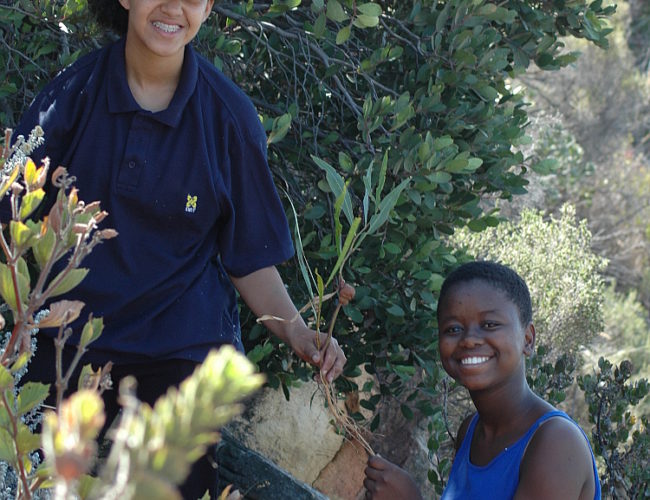 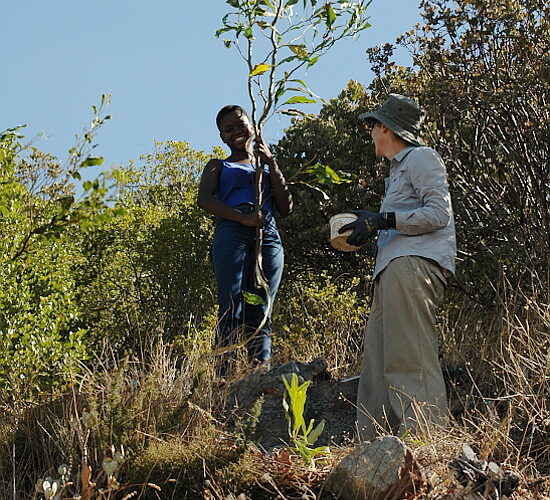 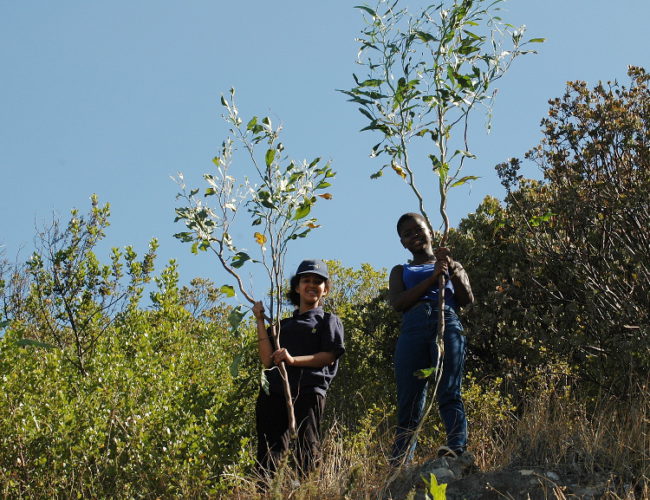 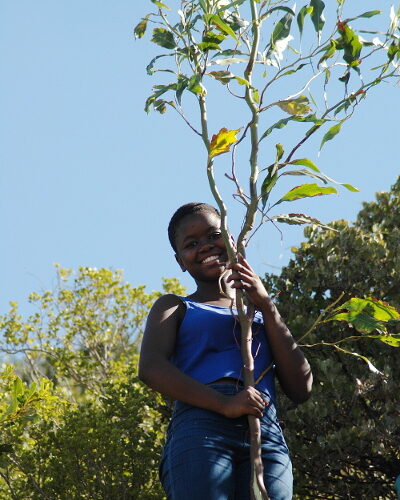