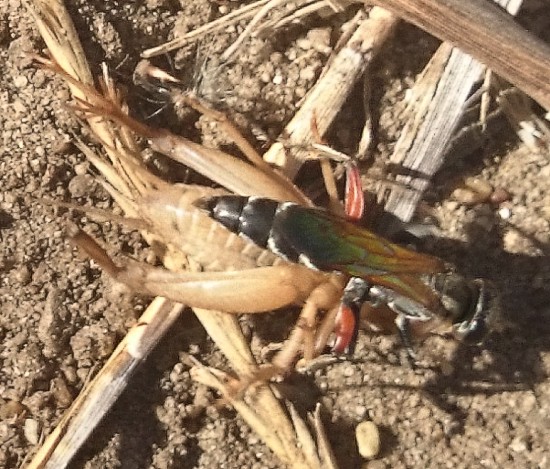 The water in the confluence was a dark murky green and the air was still smelly with no water flow under the railway bridge. This little dog had been run over by the train. It appears to have been well groomed and fed.

This species of snail are found all over the Dune Strandveld areas. These 2 were about 40cm above the ground, possibly growing their shells. A newly spun rain spider web was also seen.

It was a very hot (+ 30 degrees C), with a clear sky and slight SE breeze. The Zandvlei estuary mouth was closed, and the water level in the vlei was a lowish to medium depth. The Naval Cadets were active today rowing and sailing about, possibly dispersing the water birds as many were observed in the Sand River mouth and Wildwood Island south shoreline area.
We saw that the pipe has been installed across the river alongside the railway bridge with the fibre optic cable installation. It has been lying exposed for about a year alongside the tracks.
Sue tackled the pampas grass at the 2nd patch. The rest of us Brazilian Peppers, Poplar and the Palm tree resprout.
Very few birds were observed flying about the Zandvlei and Wetlands area this afternoon, probably due to the heat. The bird count was 23 species for the MyBirdPatch block. The predominant bird species were the Cape Bulbul sitting at the top of shrubs. The burnt mountains in the background were a reminder of the fires which raged in the last 2 weeks. There was a pair of Spotted Dikkops with a juvenile chick in the fluffy stage in the Promenade Road MyBirdPatch section. Many insect species were about, grasshoppers, wasps and many dragonflies of different sizes.
Sue (took the photos) and Bert observed a spider hunting wasp with a grasshopper trying to find a place to secure it for the future wasp larva to eat. The wasp and the immobilised cricket being dragged off. The species have been identified as Crabronidae in the subfamily Crabroninae, tribe Larrini and probably (without the species in hand) a species of Liris, which are cricket specialists. Simon Van Noort – Iziko Museum helped us with the ID.

Robin climbing into the reeds going after a Brazilian Pepper sapling. Bert was cutting a Brazilian Pepper trees. Susan spent time at the Pampas Grass patch. Barry finished for the afternoon his shirt dripping with sweat and effort. Note the burnt mountain behind him, from the raging fires the last 2 weeks. Trevor stumbled out of the reeds where he had been cutting down Brazilian Pepper trees all afternoon. Ronnie made his way down the tracks after finishing a good afternoon hack.
The breeze was just blowing here and helped cool us down. 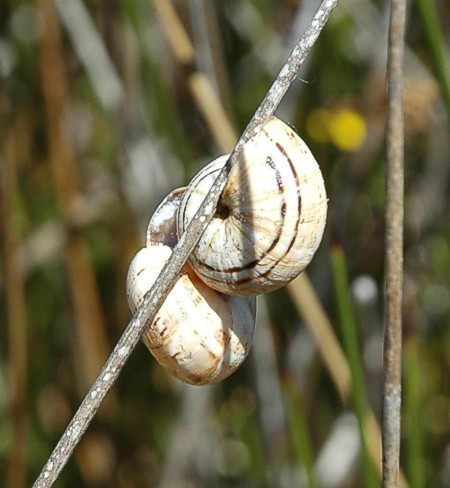 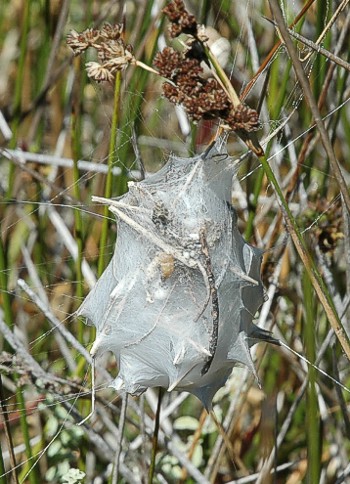 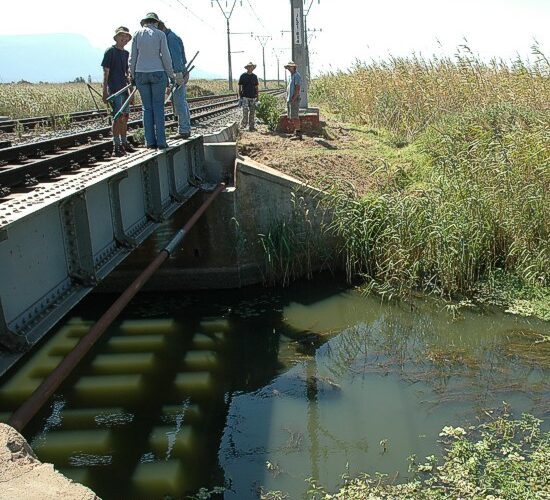 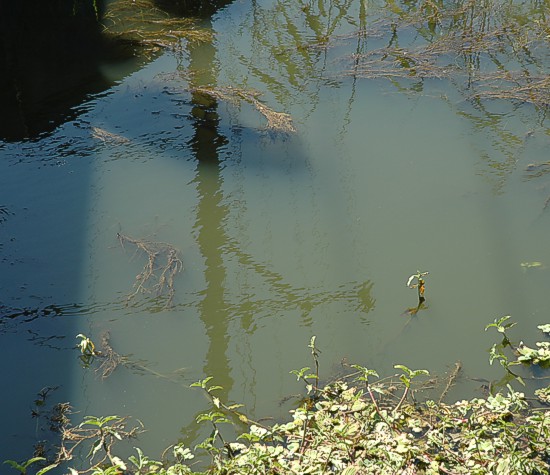 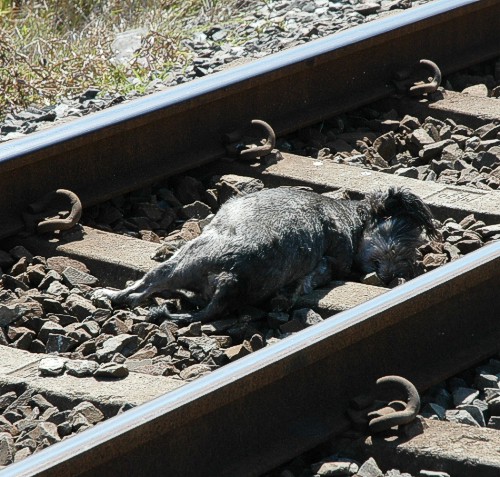 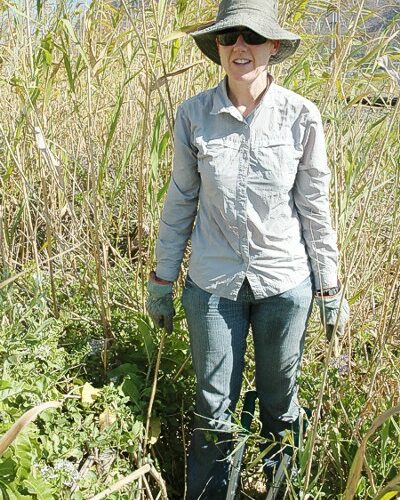 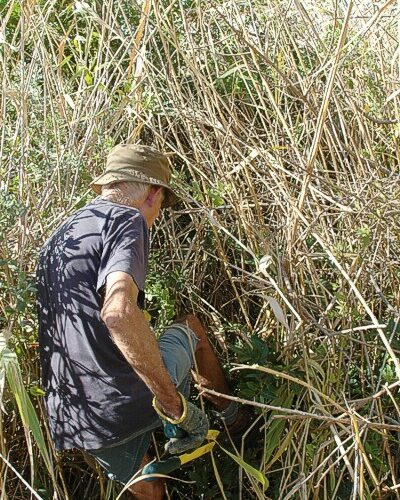 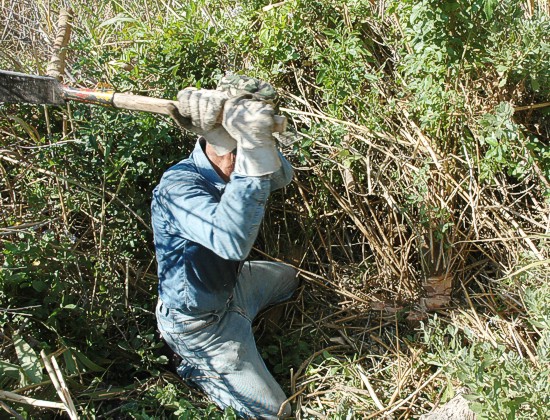 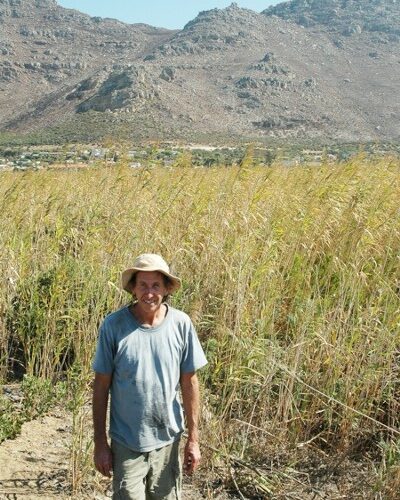 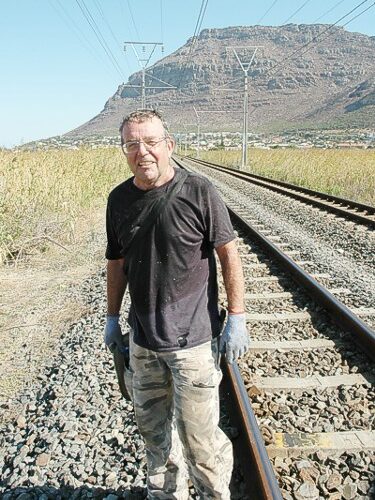 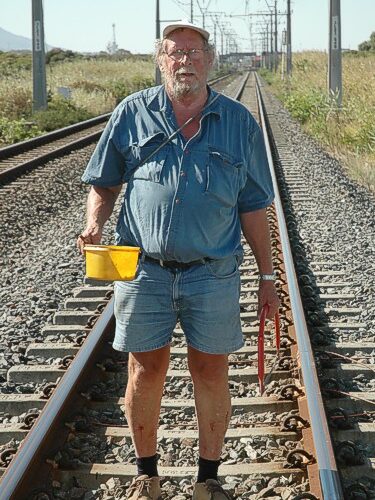 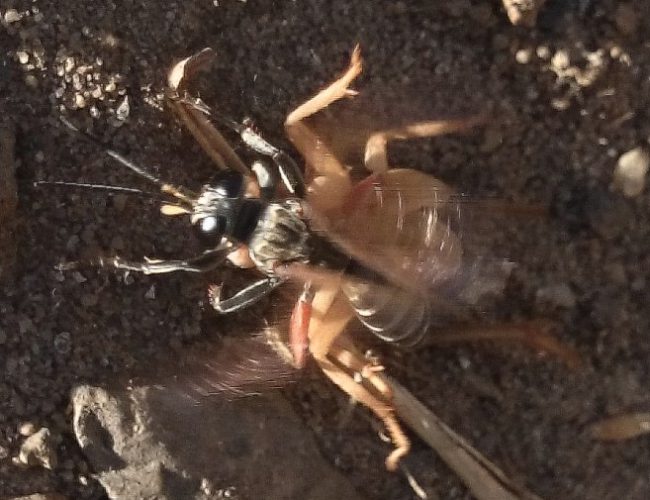