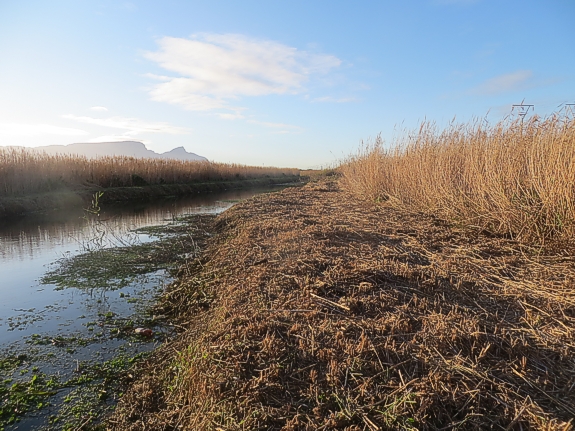 On 13/06/2015 the weather was cloudy on the mountain with high overhead clouds, which blocked out the sun most of the afternoon. The wind was a moderate to strong NW wind which was cool. We were sheltered from the wind in the reeds where we continued working along side the Keysers River, cutting the Brazilian Pepper trees. The estuary mouth was open with the water level low in the vlei. Water under bridge was following at 1 metre per 5 seconds and was clear.

27 species of birds for the MyBirdPatch, including 2 White backed Duck amongst the +/- 400 Coots. There was a pod of about 40 Greater Flamingo just south of Wildwood Island sheltering out of the NW wind. The resident African Fish Eagles were present, with one spending about an hour on a sand spit eating a fish.
We saw the spoor of a Grysbok and Grey Mongoose in the central pathway across Block 21. The Cape Lapped Moth caterpillars were matted on a branches of a Brazilian Pepper tree which was cut down.

When crossing the railway line we immediately noticed the extensive reed cutting which has taken place along the banks of the Westlake and Keysers Rivers. The Westlake River is still full of a variety of invasive waterweed. There are bio control insects on these plants, which are working away at munching the plants.

Nathan, Greg and Greta were trimming and removing the branches and reeds so they could get in low down to cut the bases of the copsed Brazilian Pepper tress. Bert was working in what appears to be a cave in the reeds. Sue cutting a Cestrum nocturnum tree stem night-blooming jasmine and she and Robin removed more of the creeping vine Hibiscus diversifolius flower, it’s known as Black-eyed Susan, which she found root anchored in the Keysers River. 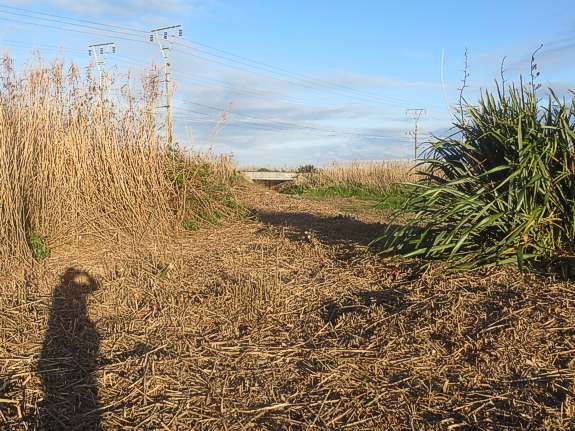 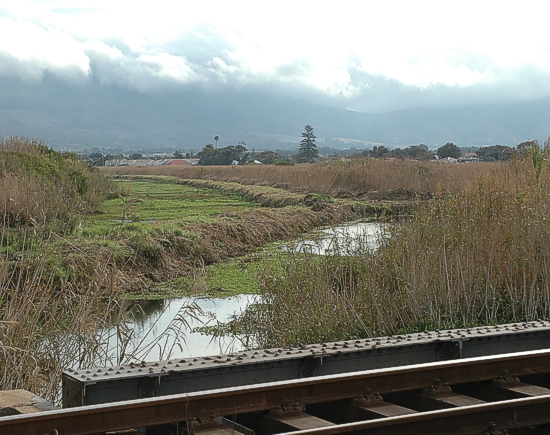 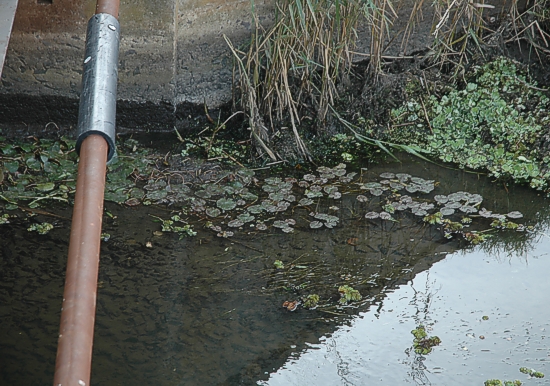 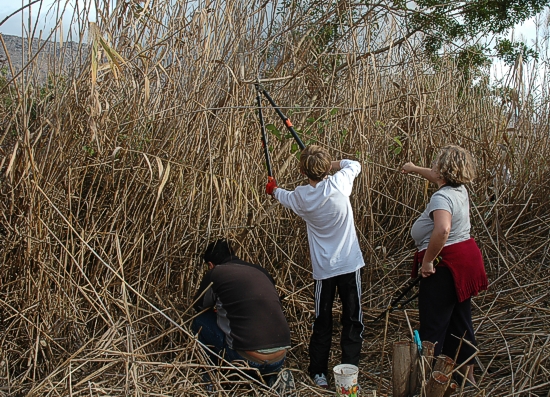 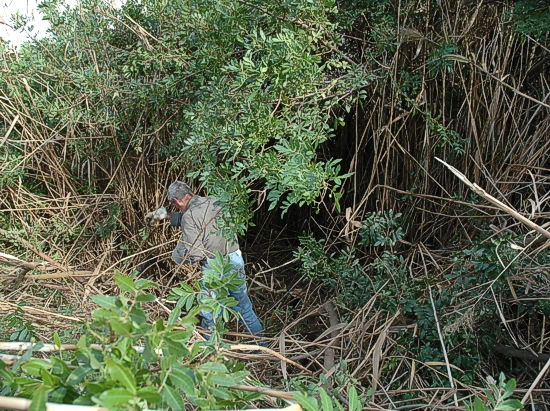 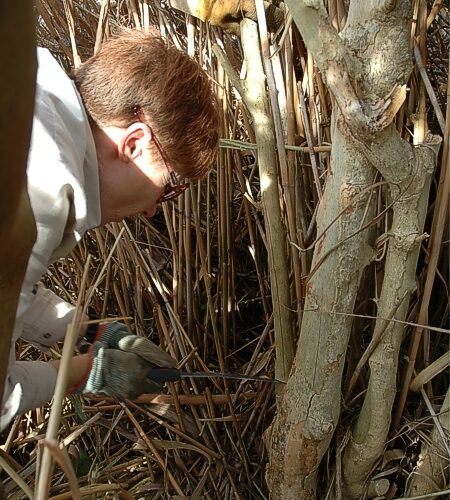 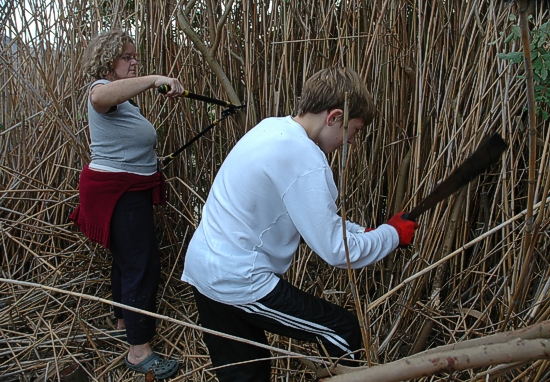 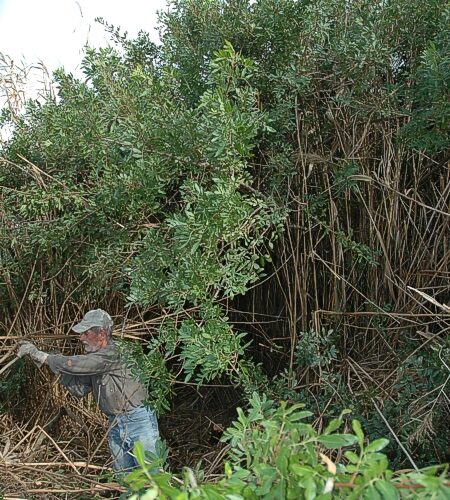 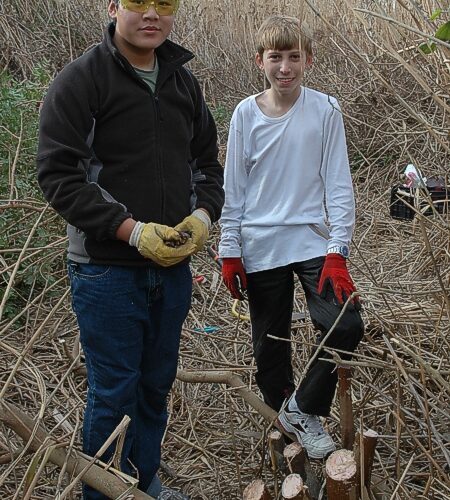 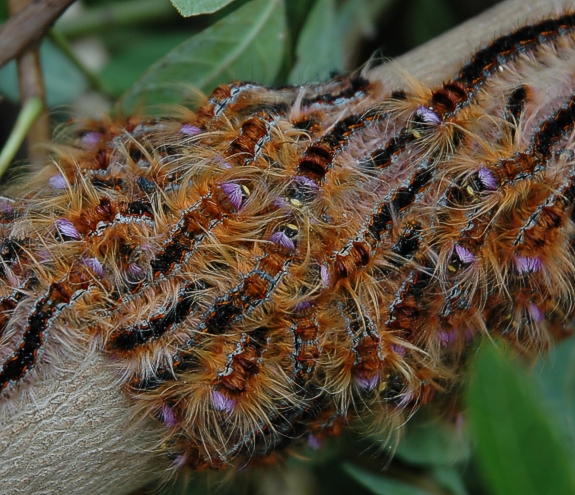 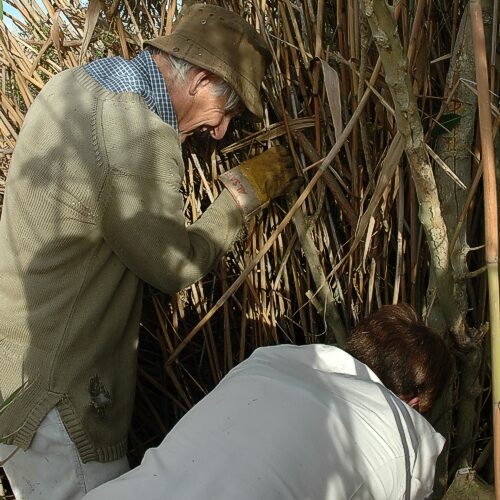