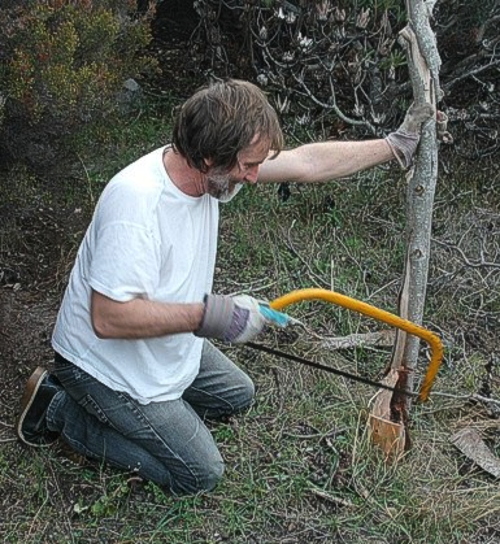 There were still a few Dotted Border butterflies around even on this very cool day with a SE wind blowing and generally clouded over. We found more of the pincushion trees some quite old. The canopy of one is about 4 metres in diameter. Leucospermum conocarppodendron pincushion or kreupelhout and Protea repens sugar bush or suikerbossie growing side by side. They were harboring some quite old port jackson and rooikrans trees which were cut down, this will allow so seedling trees to grow. There is evidence of all sorts of geophytes sprouting and coming into flower.
We found a few old termite hills in the area and the scat of porcupines. A Cape Lappet Moth caterpillar. Gladiolus watsonius Red Afrikaner, Romula flava,Eriocephalus africanus – Wild Rosemary and Oxalis luteola all flowering.

Susan and Catherine worked as a team cutting Port Jackson saplings in the dense undergrowth. Chris and Bert cut down a number of large trees.

We worked our way up to the top of the site, just below Cap Michel Close. There is evidence of builders rubble and garden cuttings being dumped over the edge in this area. This practice will have to stop. 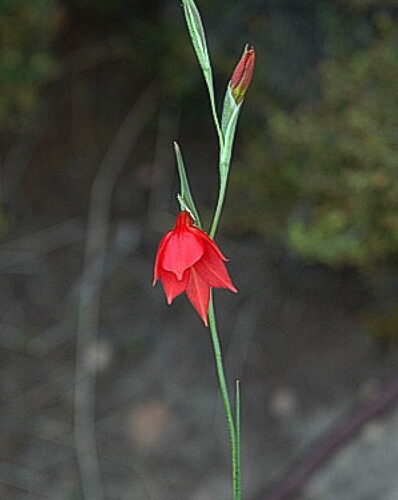 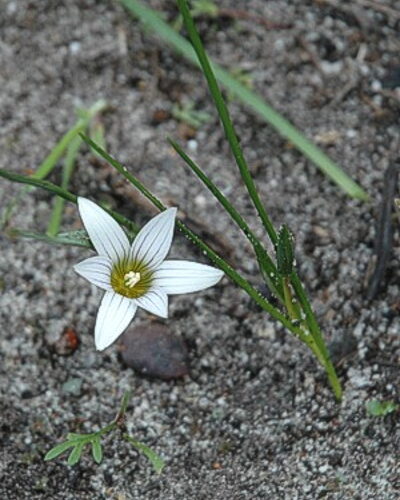 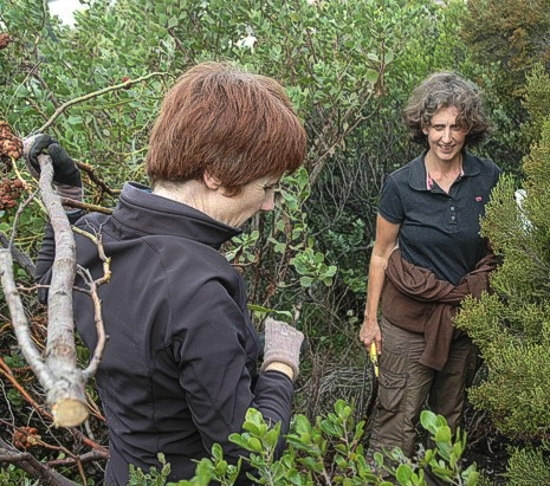 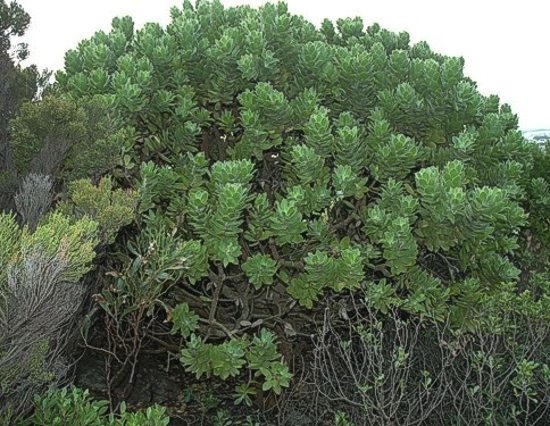 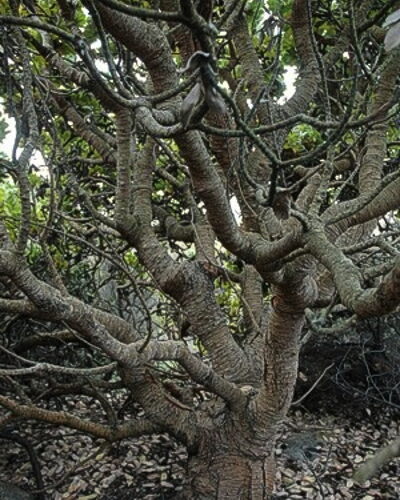 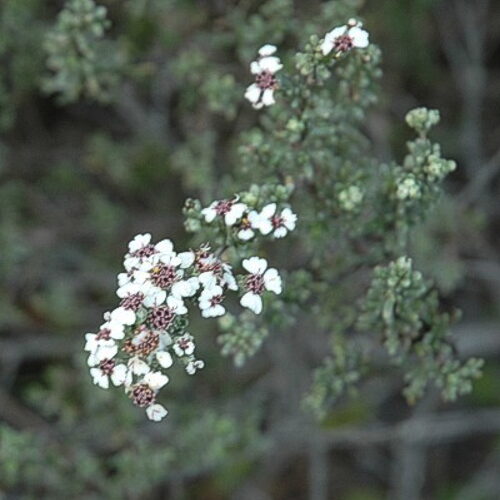 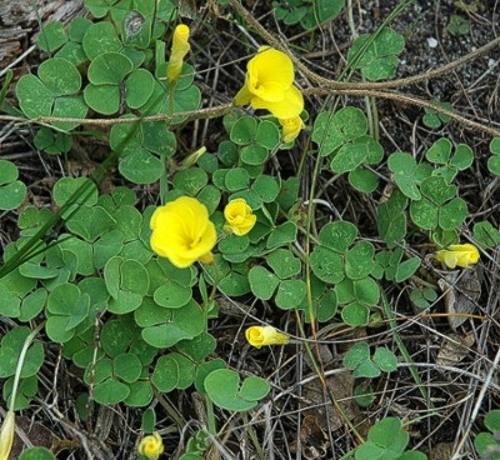 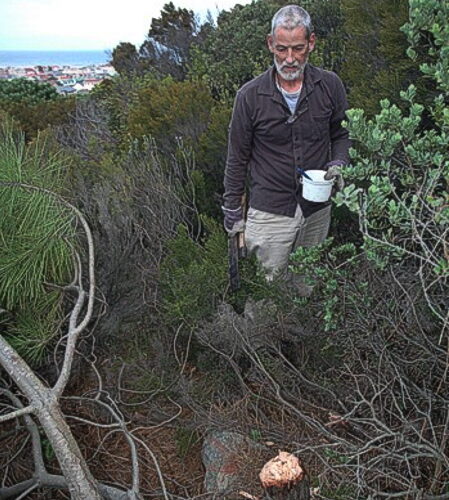 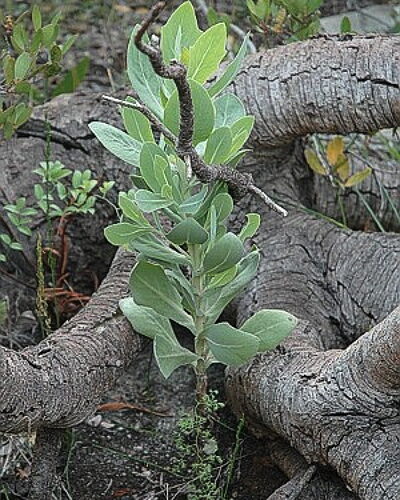 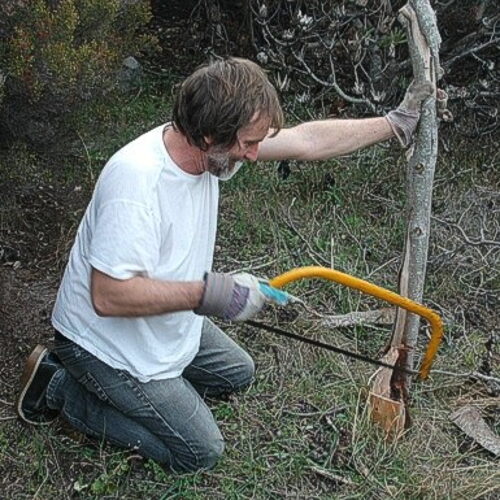 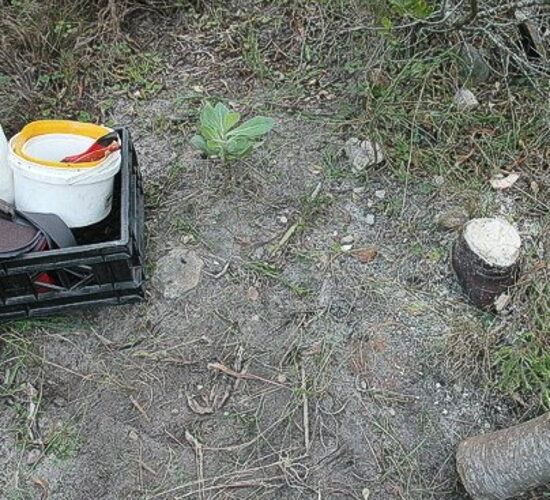 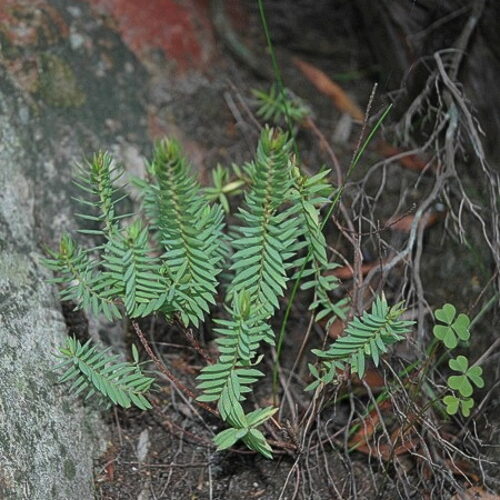 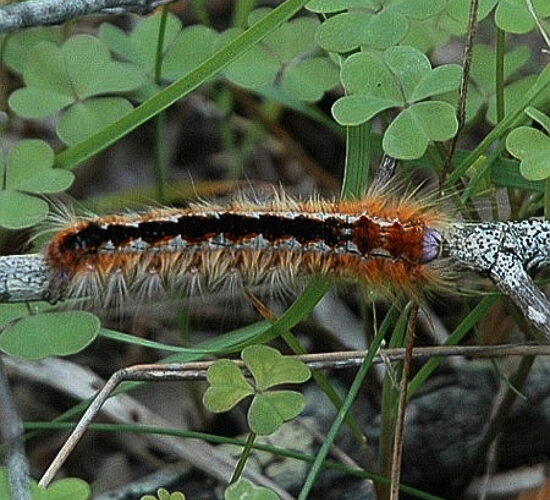 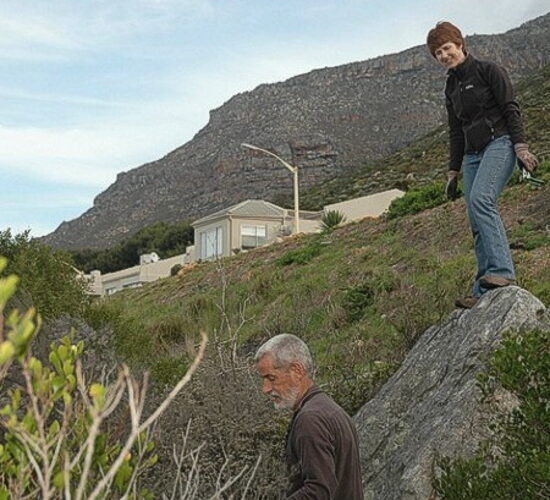 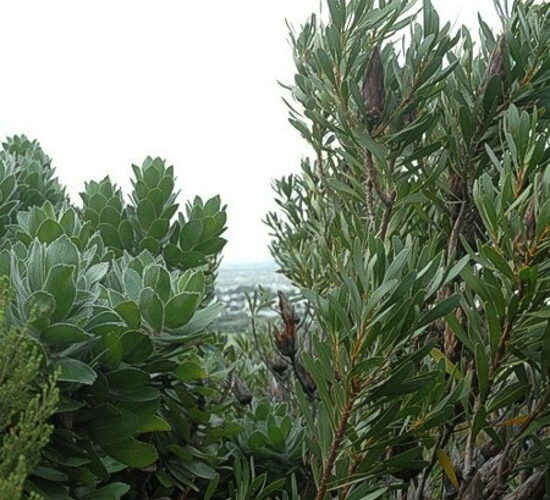