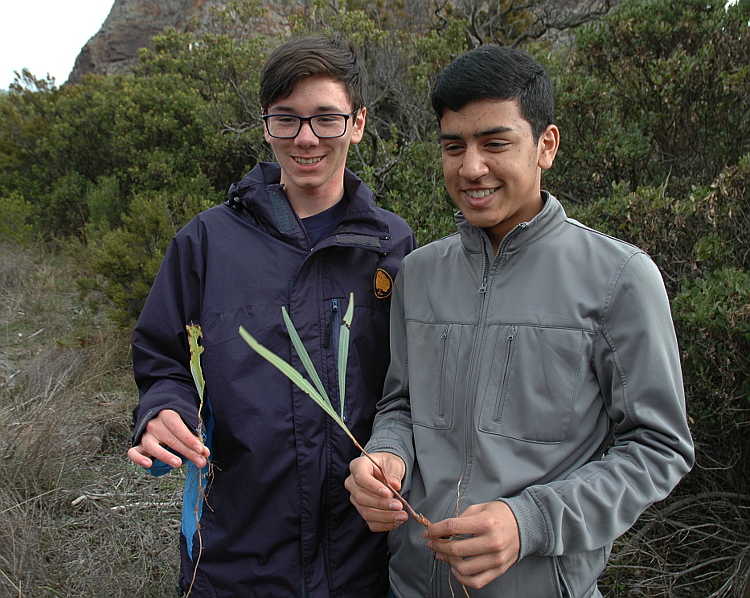 The weather was heavily overcast with a few open clouds for patches of sun to shine through. At times a fine misty rain fell, the clouds were too high for rainfall. The wind was fresh from the north west. The mouth of the estuary was partly open for the peak high tides.
Bert’s birthday present to himself was a new axe and he also modified the handle slasher to a single handed implement. He chopped down the larger remaining trees above the traffic dept.
Barry found a family with small boy living in the middle section above the robots at intersection of Main Road. Robin was working with Timothy’s family (school social responsibility requirement) on the honey suckle, the base stem about 100mm in diameter.
Elenore and her friend found a patch of small of seedlings we need to return too next month as there are Myrtle shrubs sprouting up in the same area. We last worked the area in late in 2012.

A Firery necked Nightjar was seen by Barry and and later by Bert near the base of the gum trees in the middle section. An excellent sighting and almost in the same place where Barry last saw the Nightjar. About 6 species of birds were seen Redwinged Starlings the most common seen flying about.
3 species dragonfly were seen – red, gold and blue-green. A small mountain cockroach was disturbed from under an old dumped clothes bag. A funnel web spider nest was spotted at the base of a rock where we were working in the “forest area”. There is the presence of a number of people sleeping on the property although maybe absent for the last month or so, due to the cold and damp conditions at night. 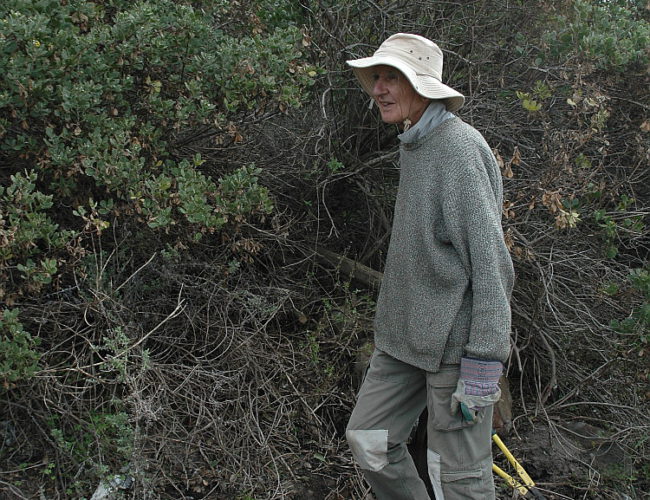 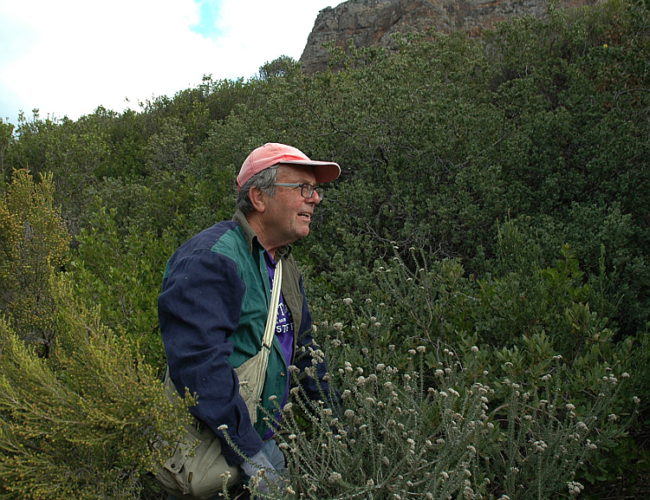 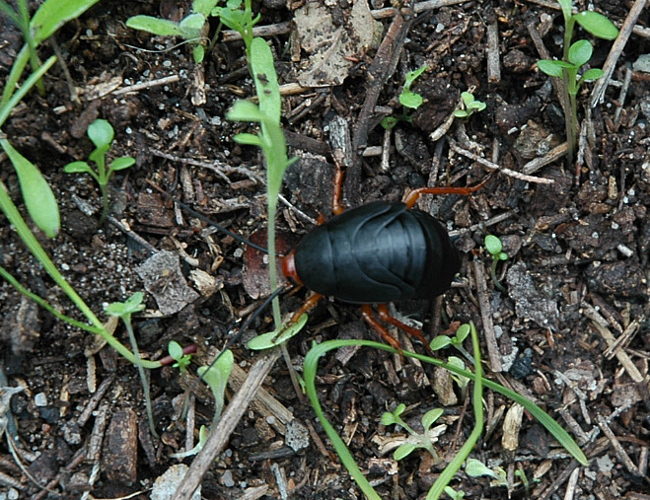 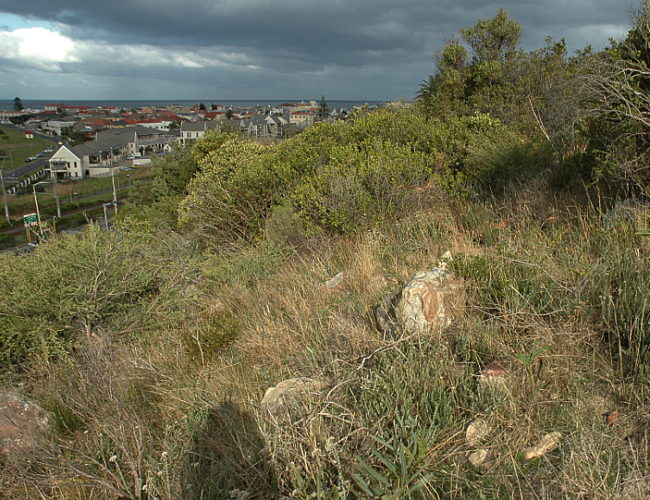 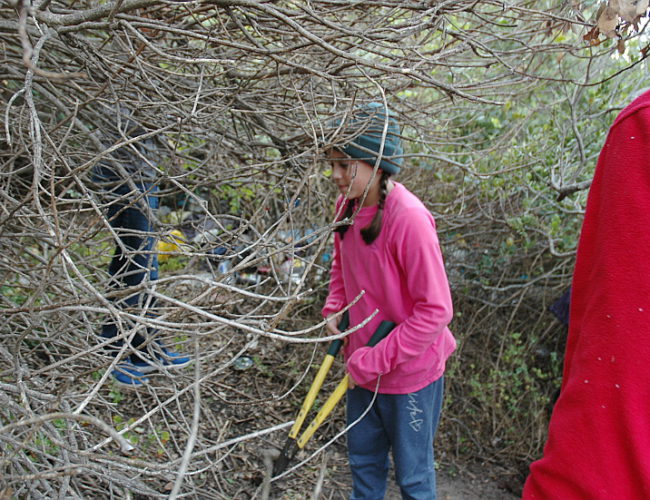 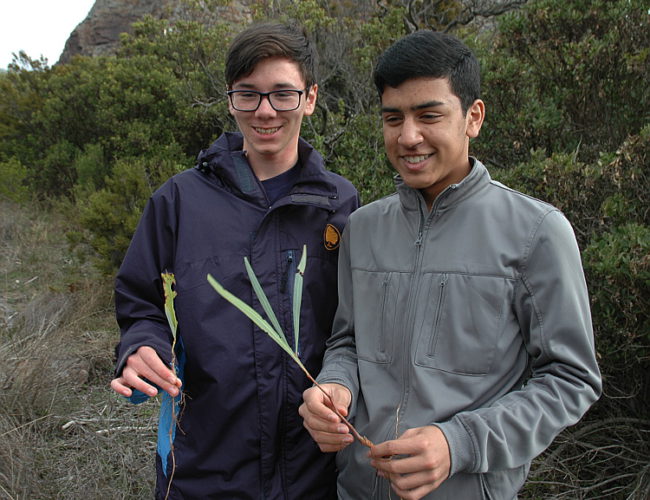 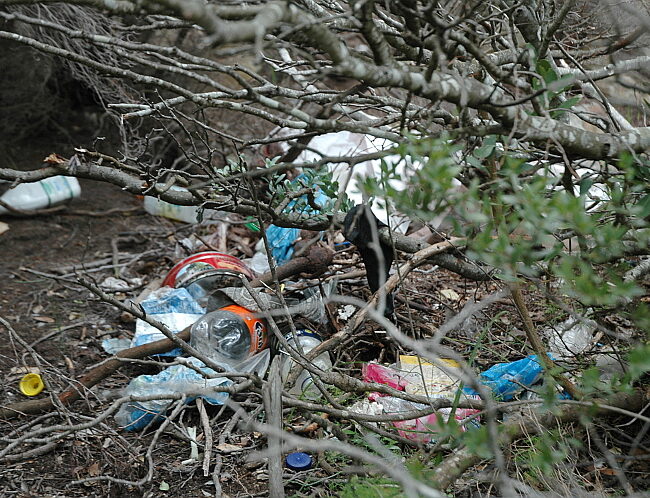 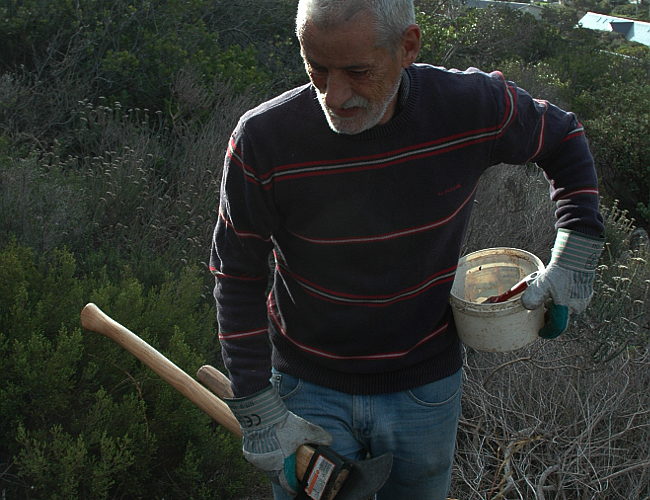 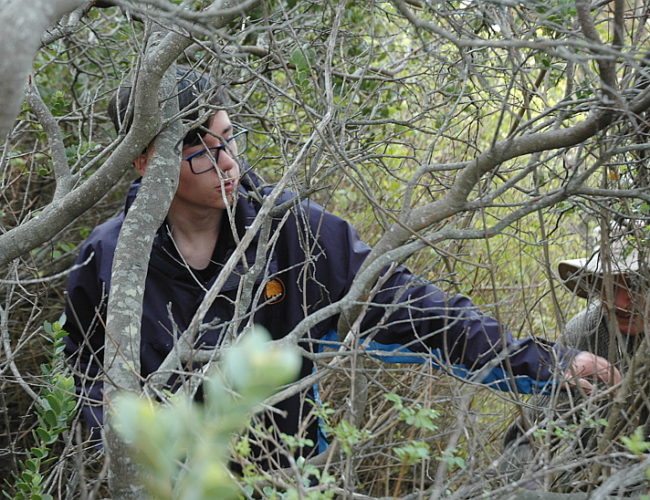 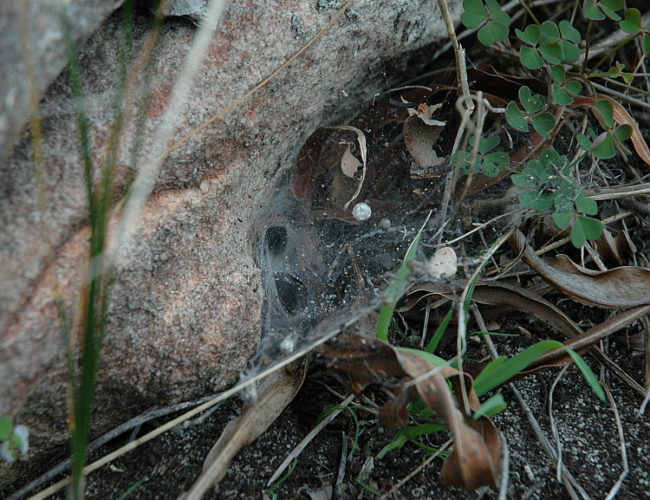