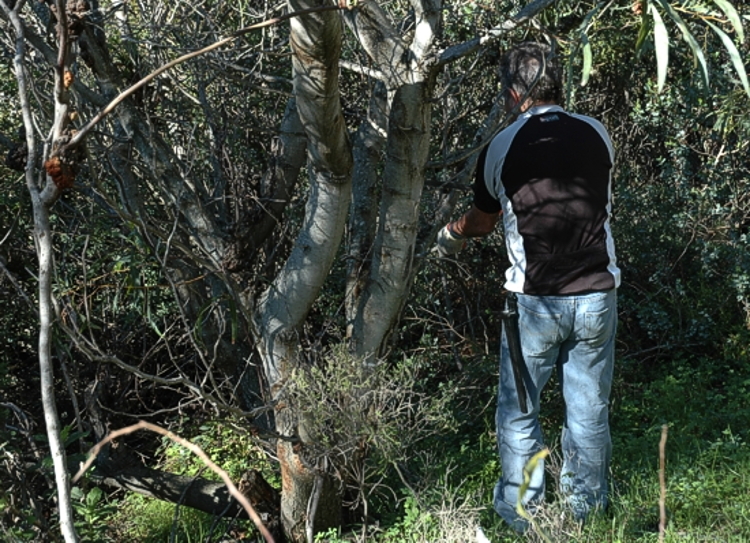 Today was a lovely sunny, winters day with a clear sky and a slight sea breeze on the slopes where we were working. There were many winter flowers starting to bloom. Possibly a few weeks later than the previous years due to the low rainfall this season.

We had 3 school boy volunteers today from Westerford High and Rondebosch High. On the lower section with the large trees Thomas, Barry and Bert were working there. Sue, Timothy and Akim were in the triangle section. We got rid of a Spanish Broom plant which had grown up under an shrub and was not seen. Then we tackled the very large honey suckle an Eastern Cape species and also “a garden escapee” from across the road. They were dumped cuttings originally. More garden dumping of Plecranthus barbatus from across the road, which had taken root in the Nature Reserve.

The the photo of bark of the Port Jackson stump was very red in colour. It also had a darkish center which is unusual, but not uncommon. Maybe it is due to the soil where it was growing. The soil type is mountain granite and sandstone mixed in this transition area on the slopes.
The photo gives some idea of the size and density of the trees which have to come down. Barry was trimming branches so that he could get to the base of the tree.

Dotted Border butterflies were all over the Reserve. Only 10 species of bird were seen. Sue noted a Karoo Prinia nest being used.
A special note – Barry was working in the triangle section of the Reserve on Wednesday and sat down next to a Fiery-necked Nightjar. It did not fly away for a minute or so and he lost sight of it as it went behind a shrub. It is the first record for this section of the Reserve and a few years since one has been recorded in the area. Noted across in the main water body were about 100 Greater Flamingo near the Caravan Park and Park Island. The mouth of the estuary is open and the water level is very low and still flowing out over the weir at 13h00 today. Sue found this gecko which stayed still for long enough to take a photo.

We had our friend the “nosy neighbour” came to inquire what we were doing, again.

We came across Porcupine poo which was a few hours old, along a well used animal pathway. Then we found this wonderful old Milkwood tree and a second one forming a huge canopy. The trunk and roots growing over a very large rock formation looks like a giant bonsai. 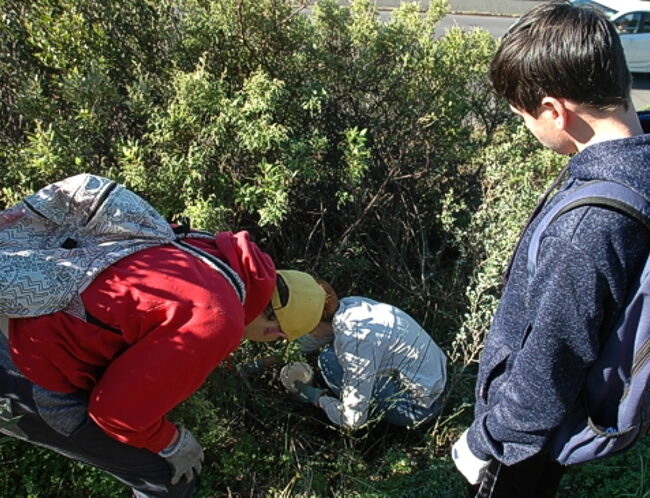 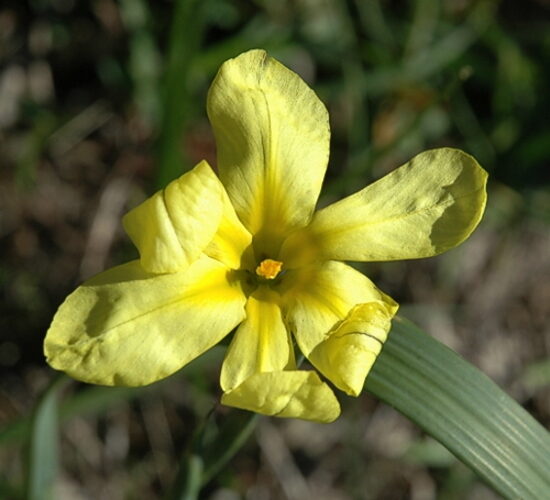 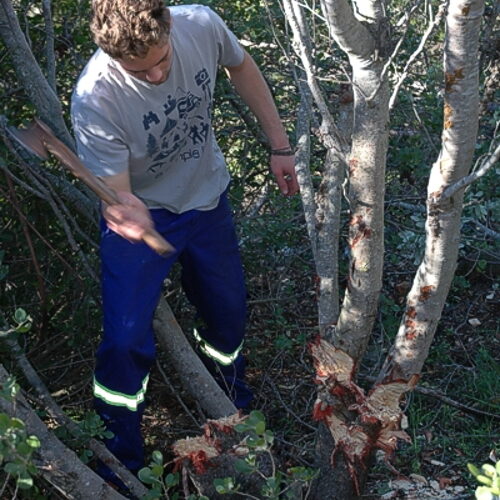 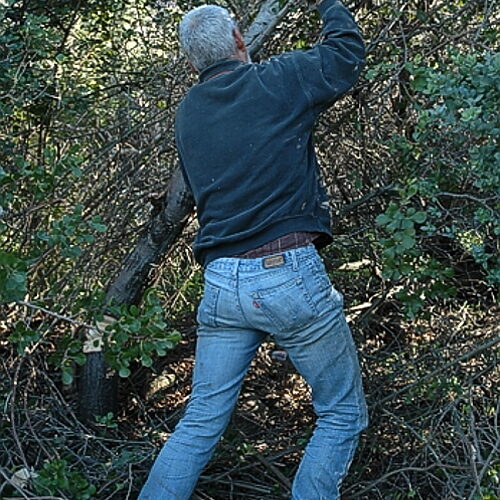 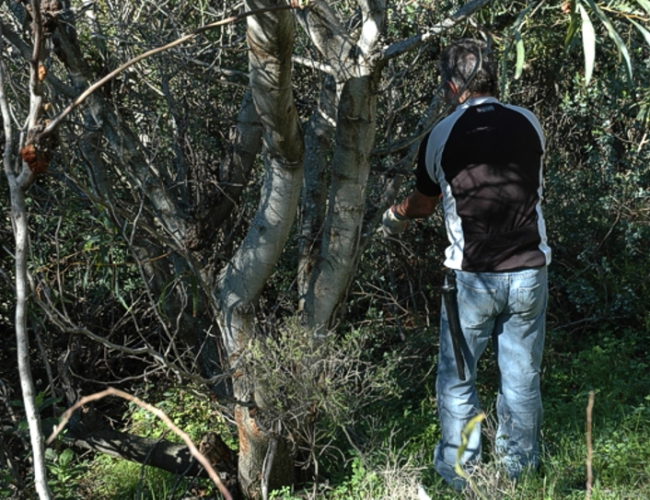 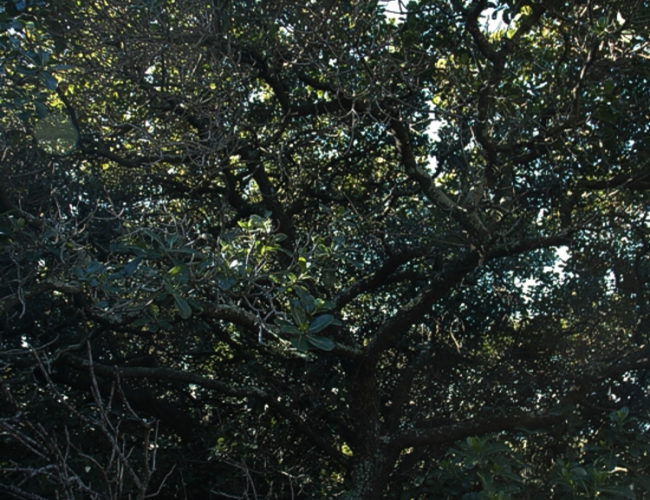 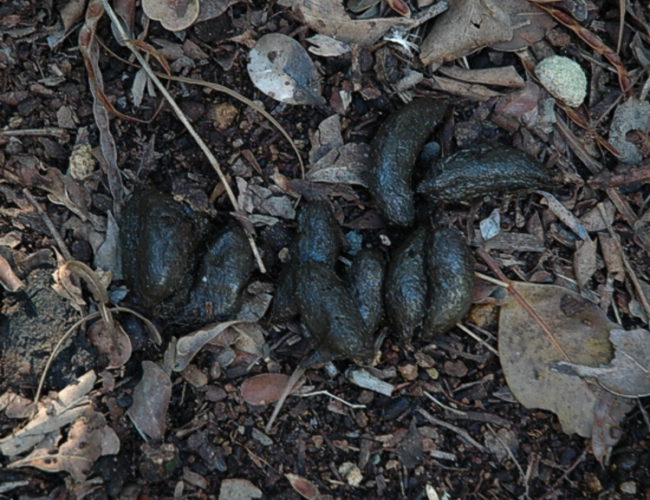 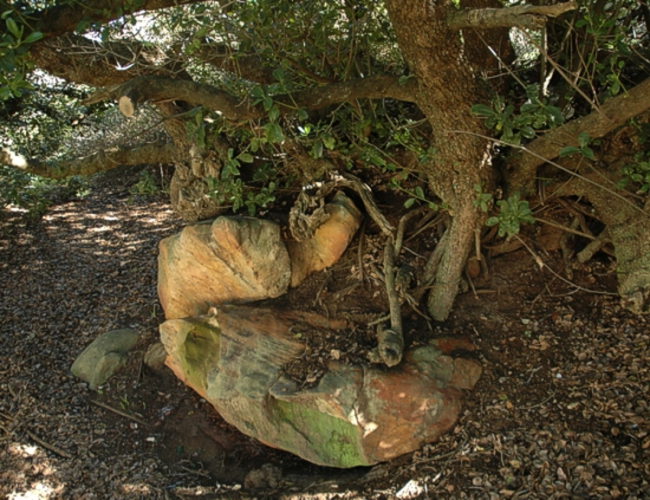 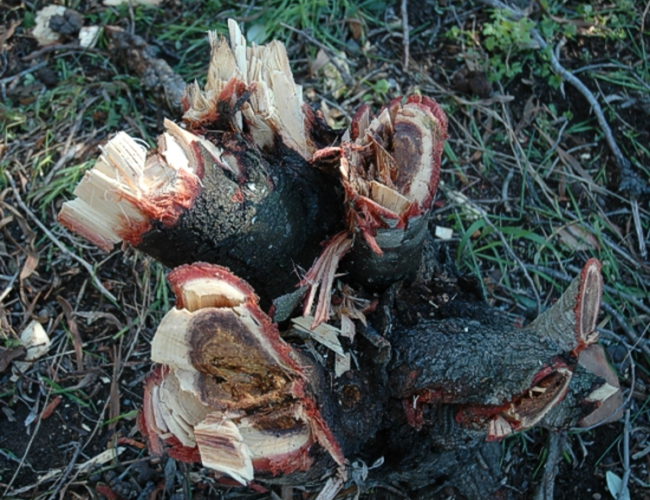 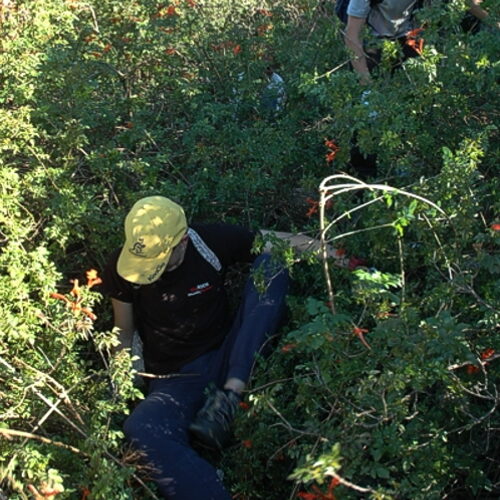 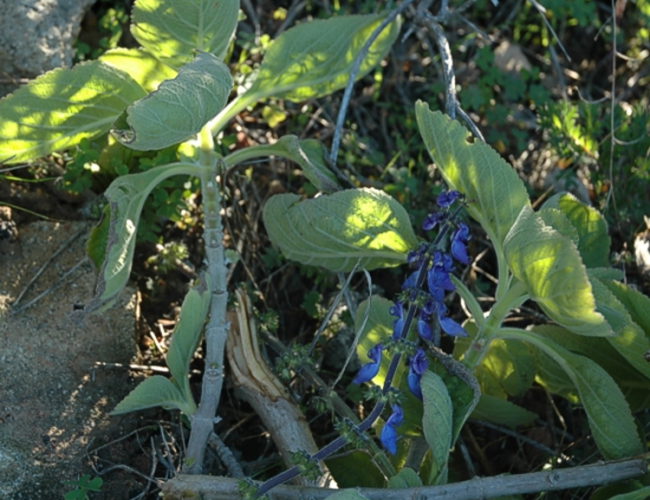 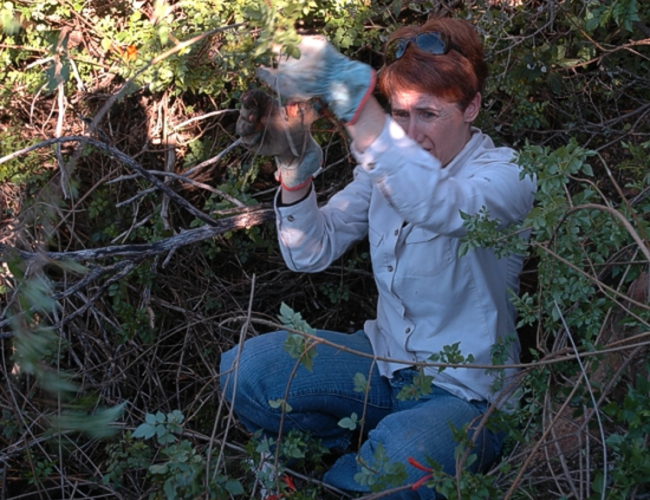 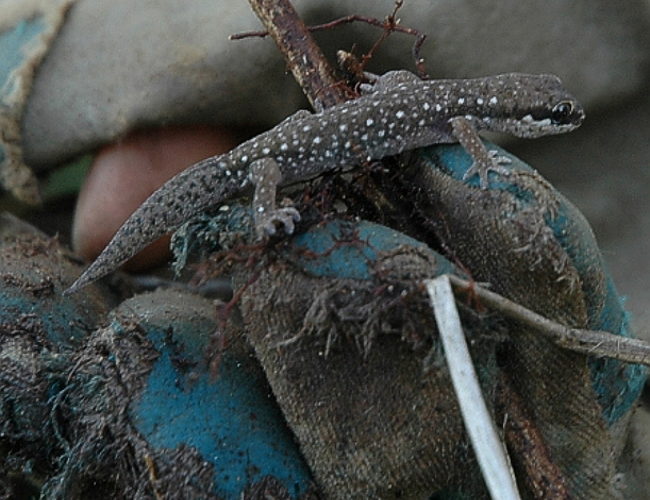