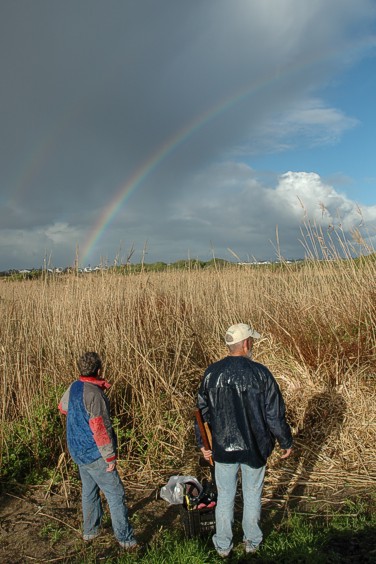 The muddy waters are visible going under the railway bridge.

The air was cold, to icy, with the wind turned westerly after the cold front passing through the Cape Town area. The sun was out most of the afternoon. There would be snow on the mountains today, but not visible as the clouds are covering the mountains.
The mouth of Zandvlei was open and the flow rate under the railway bridge was 1 metre per 5 seconds. The water was turbid with plenty of silt “boiling under the surface” as it was flashing by into the main waterbody.
We continued with mainly Brazilian Pepper trees, the large clump of Pampas Grass along the railway line on the Metro property. Robin and Sue working on the large Pampas Grass stand. In places it is 2.5 metres tall to where they are working. When it had the flowering stems on it was nearly 4 metres tall. Bert cut the Poplar trees saplings down. We will have to monitor them carefully.
We were lucky with the weather, we got a little wet by a passing shower just before going home time, and had a beautiful rainbow to end off the afternoon.

The bird count was 27 species for the afternoon for the MyBirdPatch block. The Fish eagle was calling earlier and we had a male Spurwing fly over quite low, calling. It is a small voice for such a large bird. 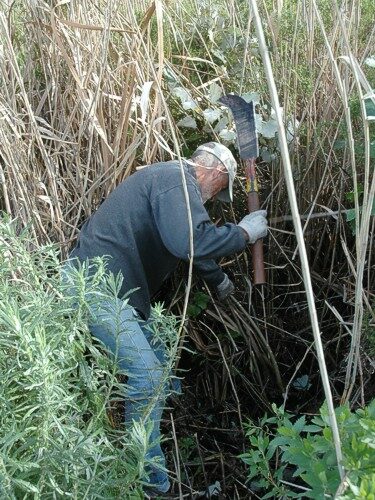 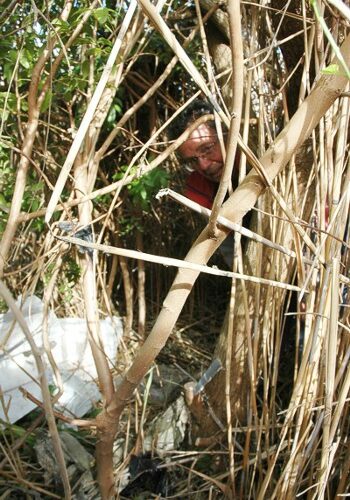 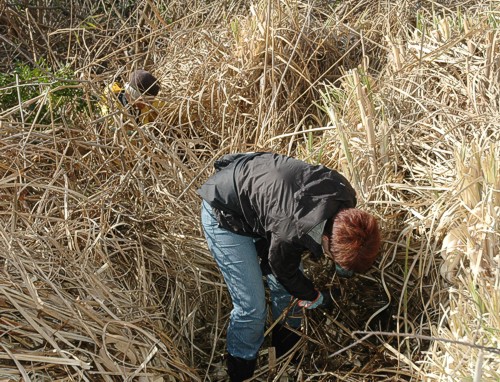 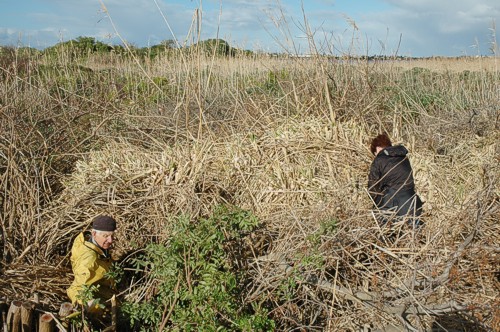 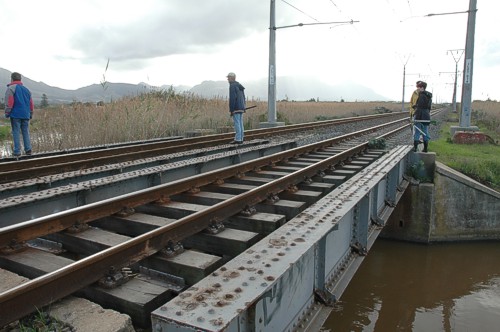 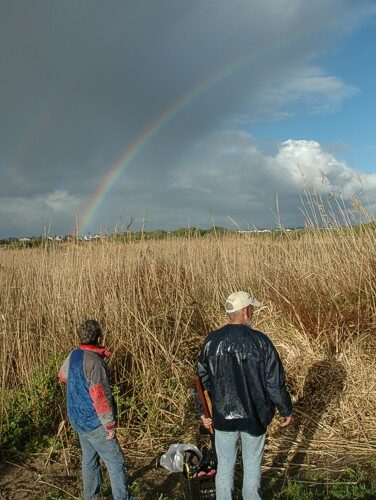