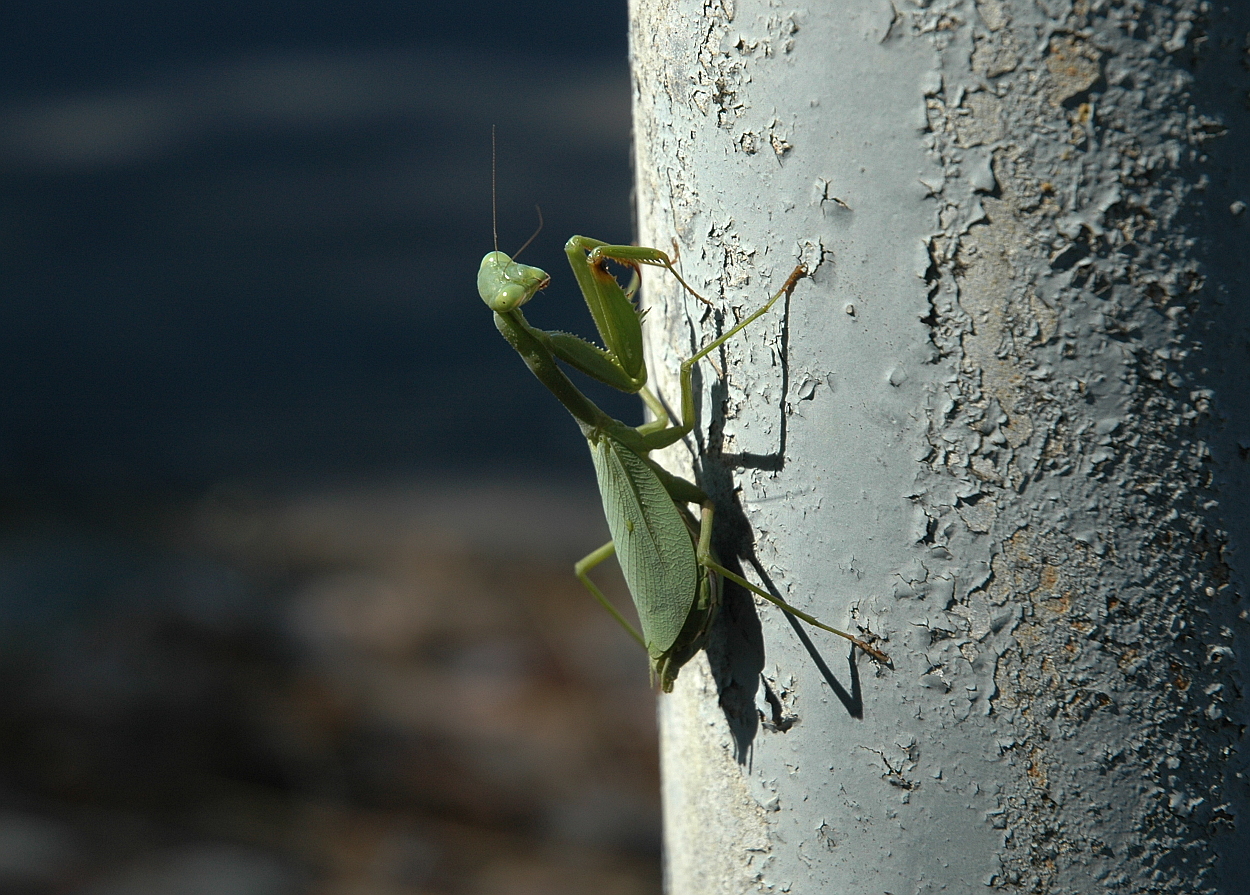 Sue arrived with the news that there is a man hunt on the mountain for 2 suspects who had stabbed 4 people on the mountain above Kalk Bay. She had passed the scene with the ambulances and helicopter on Oukaapseweg a short while before. There was a team of people going up from Boyes Drive near Muizenberg.

The day was sunny, very hot with a SE breeze thank goodness. We started at the sharp bend in Old Boyes Drive where a number of copsed Spanish Broom plants had appeared from the past. Then Sue and Robin started pruning back the shrubs from the stormwater swale down Old Boyes as it has become blocked with slit and debris tangled in the overhanging shrubbery. Joan van Gogg came prepared to pull out seedlings and after removing what she could without working the vertical slopes she joined Robin and Sue. Bert cut down the flowering stem of a large sisal plant on the upper slope and a large Port Jackson tree. He was chased away by the traffic dept again, after wanting to inspect what he had done last month.

Whole we were working along the swale we noticed a number of cars stopping and people peering over the railings down towards the Main Road. There were sirens in the background now and again. Apparently someone had jumped in front of the train just outside False Bay station. The train was stopped and there were police, ambulance and traffic dept vehicles in attendance and numerous bystanders tpp. The passengers were having to climb over the fences to get to the Main Road to carry on their journeys by taxis which were blocking the already congested traffic for a couple of hours.

There were not many birds about. 6 species in 2 hours were seen. There was other activity though. A striped mouse and a larger mouse were seen. Grasshoppers were about in the dry grass. There were skinks and lizards seen scuttling about. A rain spiders nest was found where we were working and a mantis was looking for a place to lay her eggs. The soil is very dry on the exposed surfaces so there are not many flowering plants to be seen now. One small lobelia was flowering along the swale.
There is a stone work surrounding a stormwater pipe into the swale on Old Boyes Drive with the inscription P. van Zyl 1949 which looks in very good shape considering next year is 70 years since it was completed.
The water level in the vlei looked quite low eve with the mouth of the estuary closed. 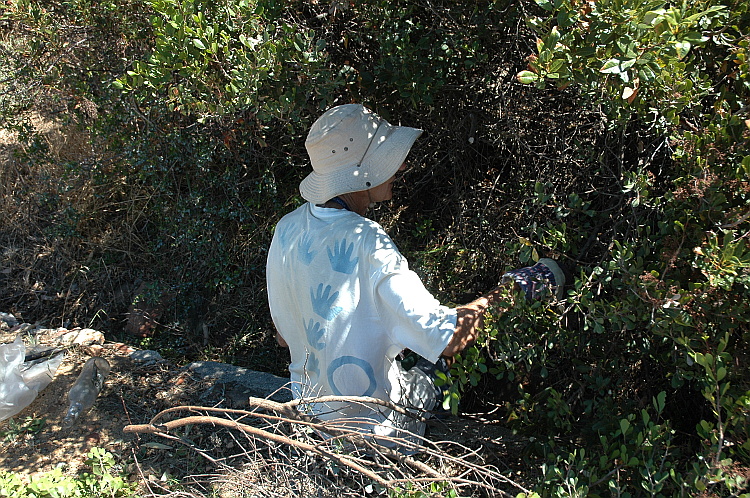 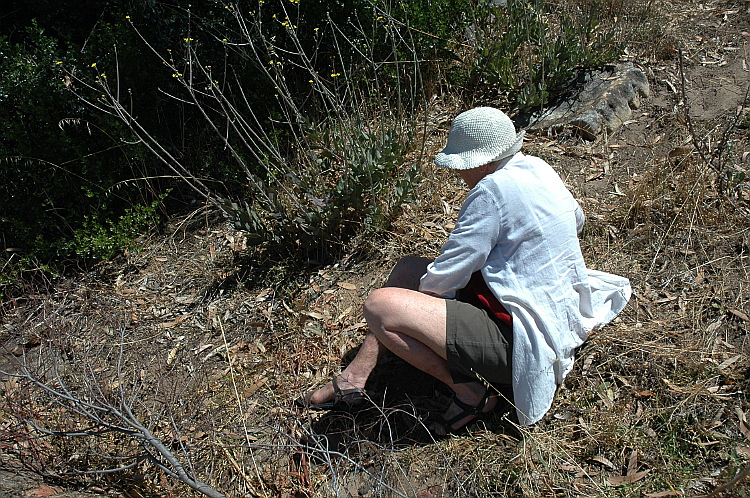 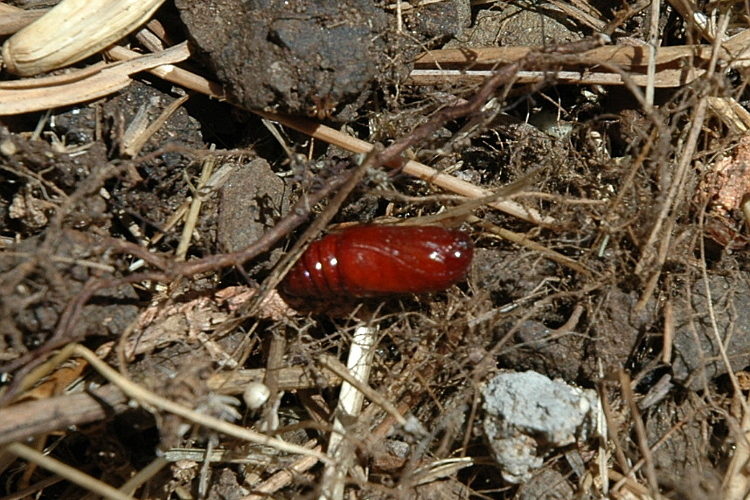 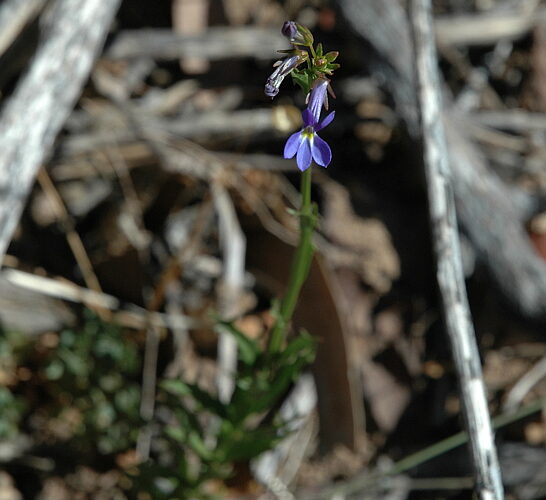 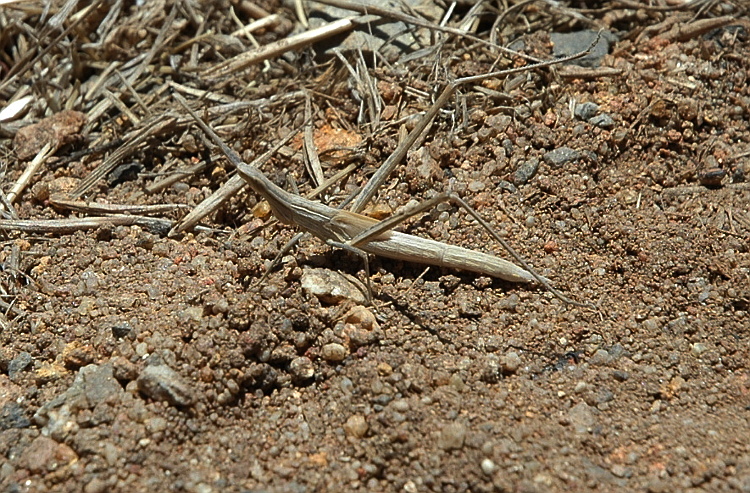 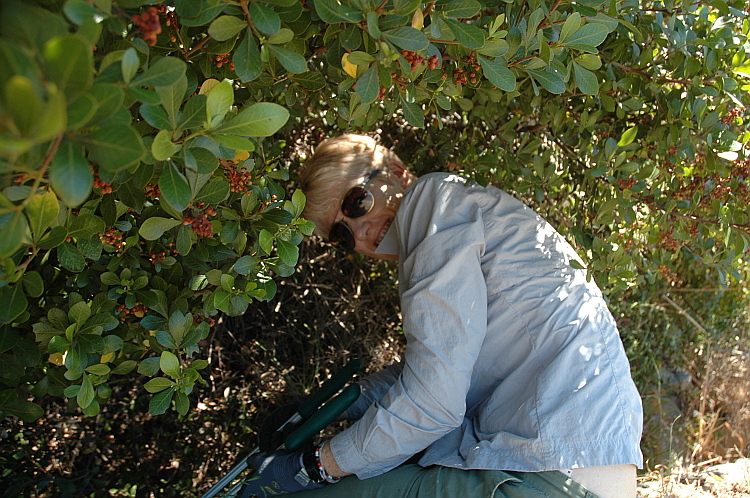 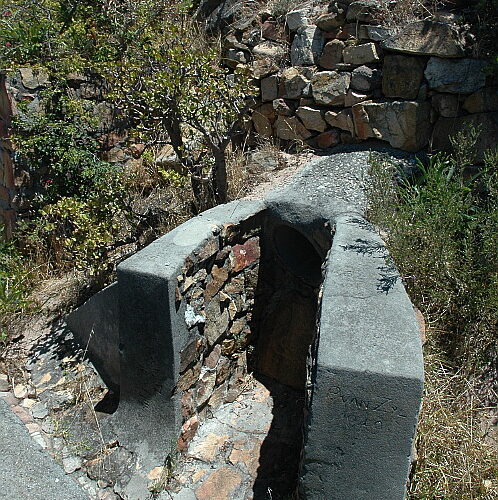 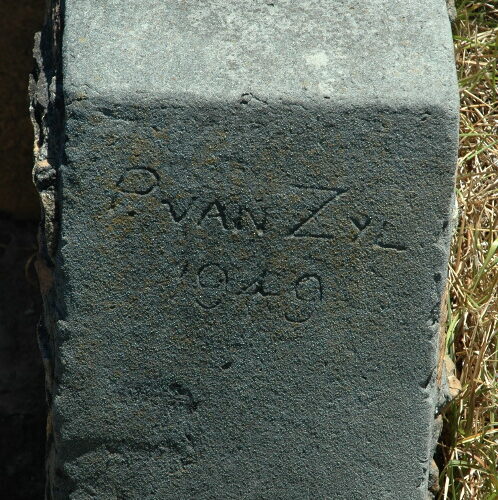 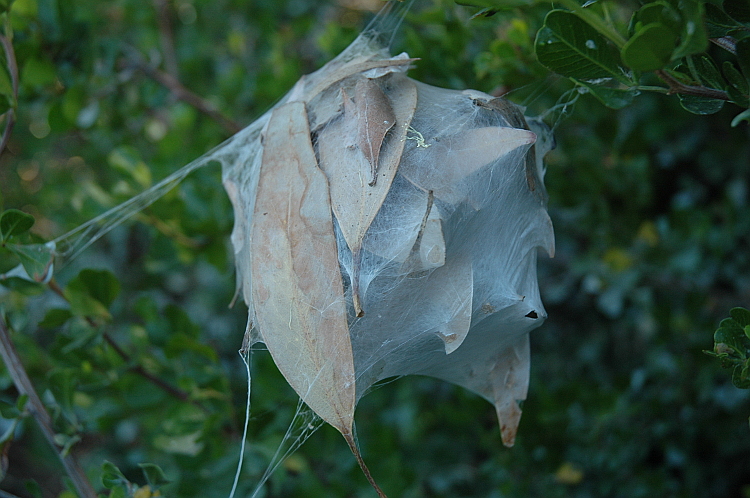 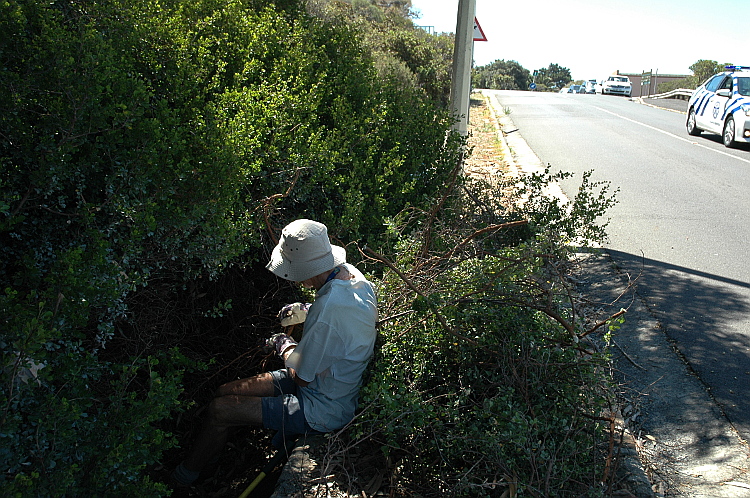 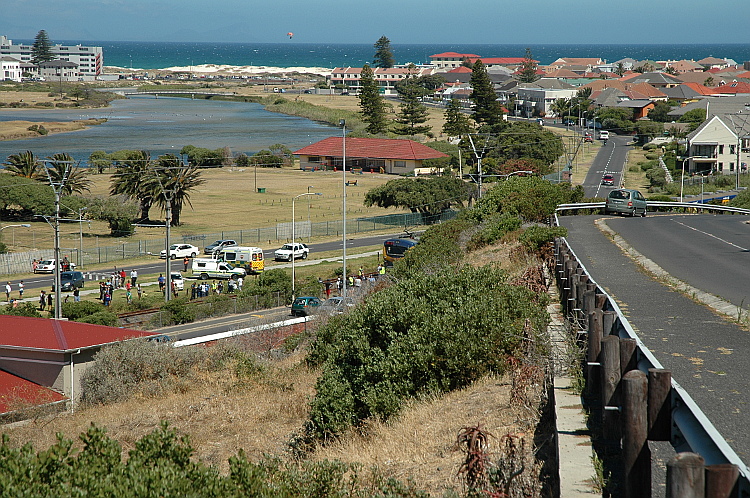 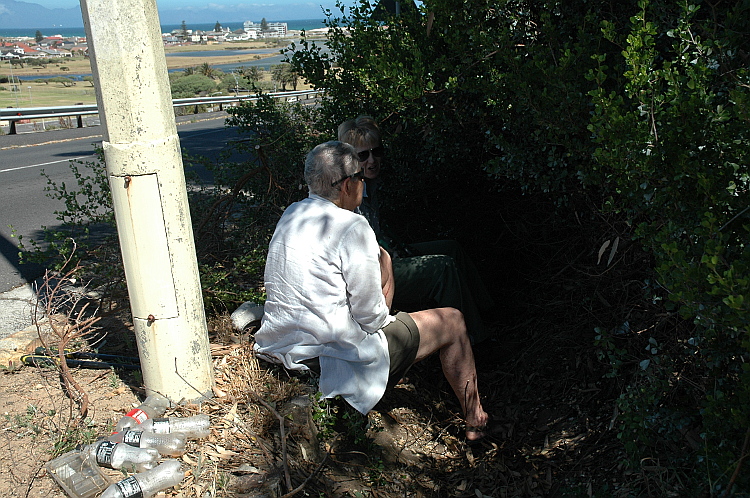 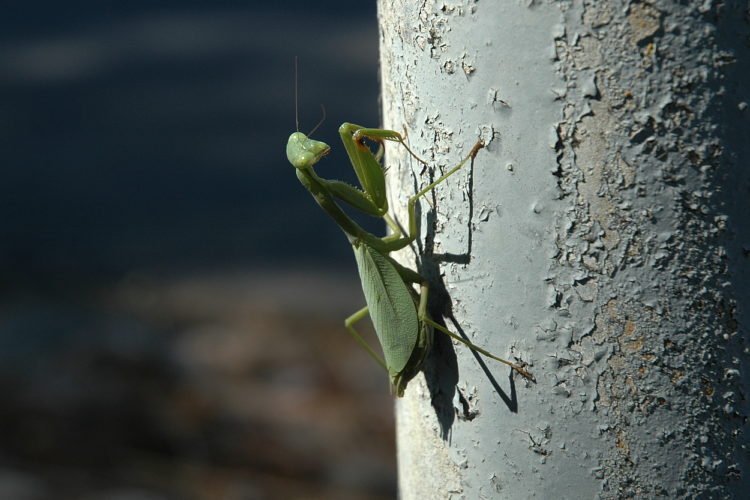 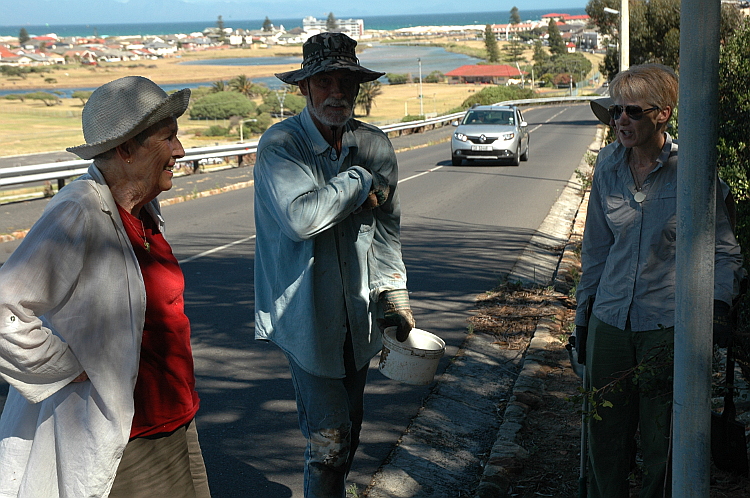