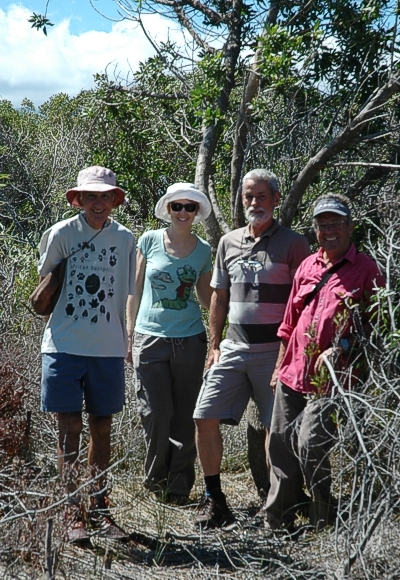 It was sunny hot day with a strong SE wind blowing and becoming almost gale force later in the afternoon. We had no herbicide so we chose to do a recce in the vicinity of where we have been working in the last few months.

18 species of birds were seen, in not ideal conditions. The airborne birds were mainly African Darters battling to fly in the very strong wind. The estuary mouth was closed and the water level in the vlei was medium depth. We noted that the north western shore line was being eroded very quickly by the wave action generated by the SE wind.

Two plant species we found on the early part of our route were Monopsis lutea – LOBELIACEAE was flowering it is a very low growing specie in a few small damp areas. Thesium frisea of the SANTALACEAE family, was also flowering. The flowers are about 1 mm across.
There was no flow under the railway bridge. Mexican Water Lily were flowering under the bridge. The waterweed in the Westlake River and the “blind alley” in the reed beds appears to be almost dead from the insects released on them. The Westlake River is also covered in dying plant matter and by comparison the Keysers River has open water at the confluence. A very late flowering vygie species was seen in the Westlake Wetlands northern area.

Robin has found a grass species with its umbrella like stems not well documented yet and he wanted some photographs on our way back along the railway line. There is some hyacinth regrowth north of the sewerage water pipe line across the Keysers River. This pipe line is also leaking directly above where it passes over the Keysers River. We had to be careful we were not blown off the bridge. There were sizable waves in Zandvlei when we arrived back in sight of the main waterbody. 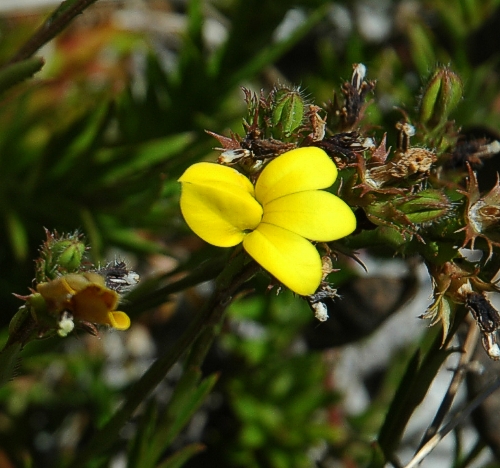 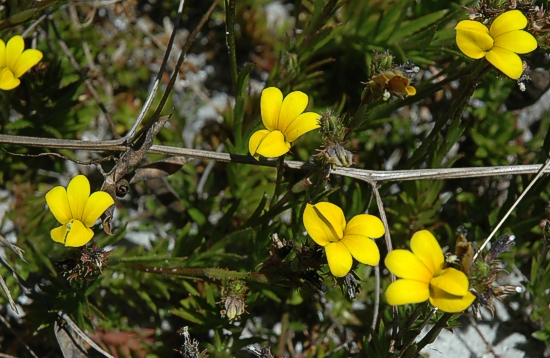 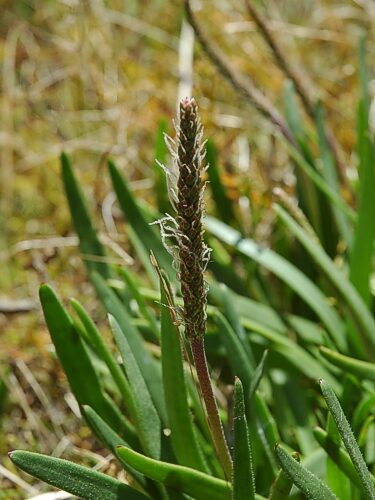 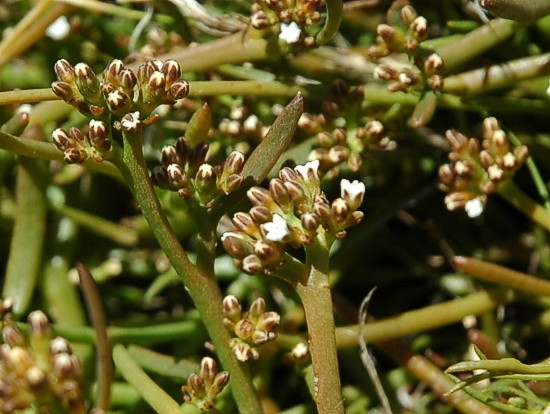 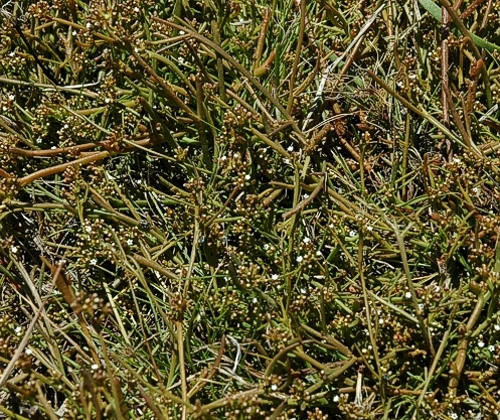 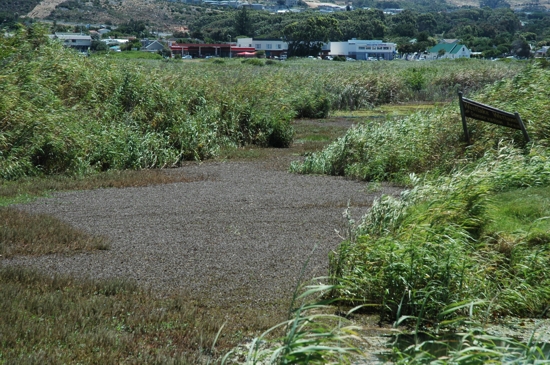 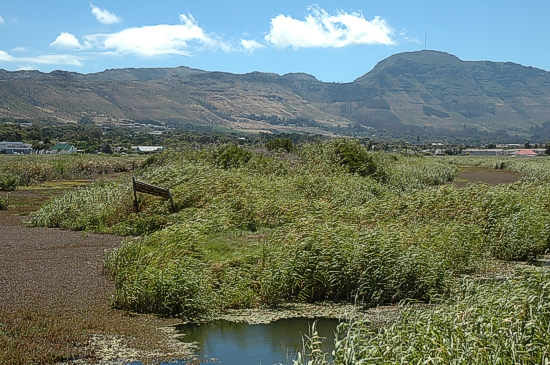 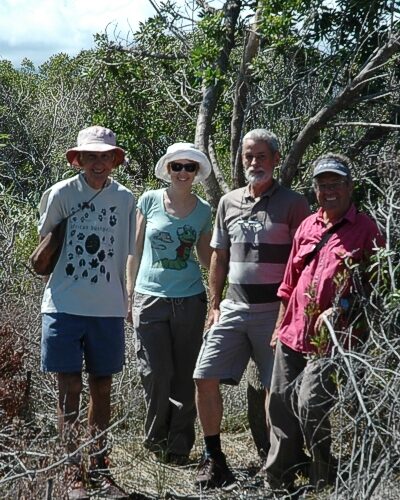 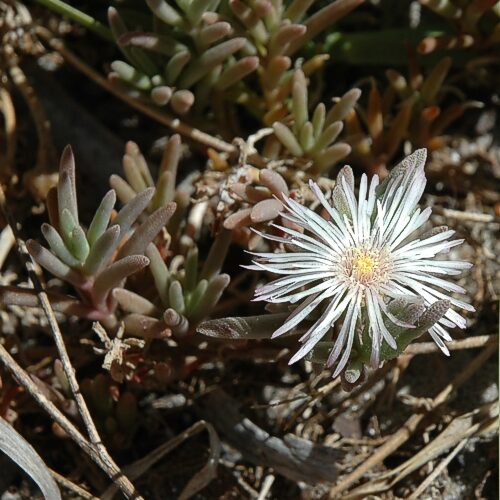 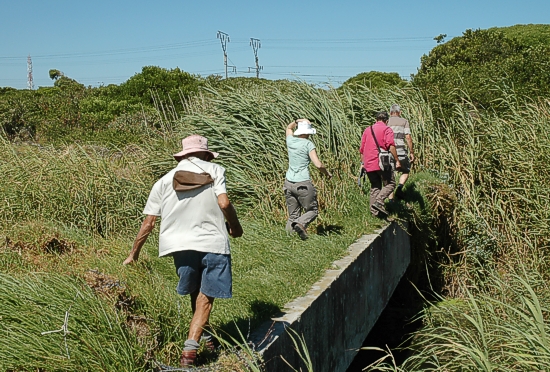 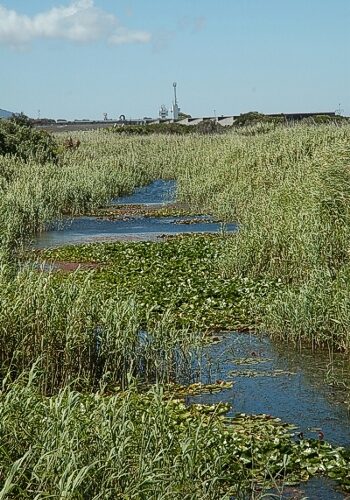 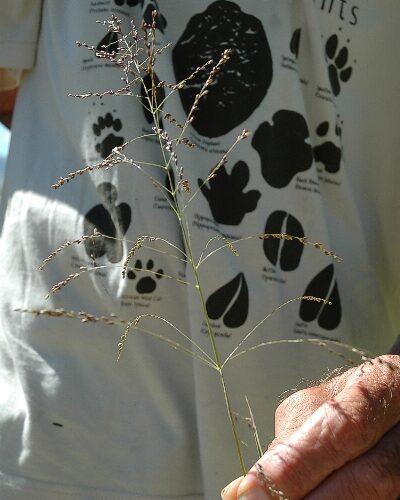