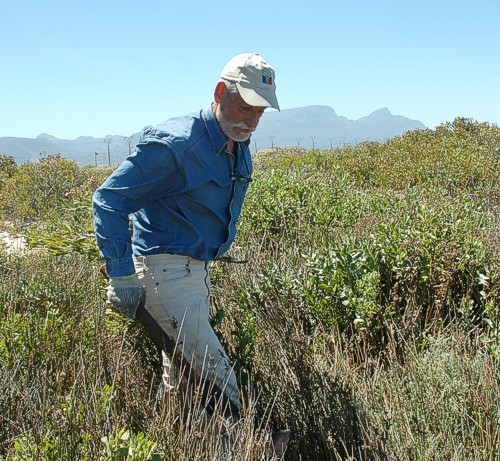 A hot, sunny afternoon, with a gentle SE breeze.
On the way back to Management Block 27, Robin directed us to some regrowth from last year in July in Block 21. We found a number of Rooikrans and Port Jackson seedlings as well. In Block 27 we cut down Brazilian Pepper, Rooikrans, Port Jackson and Manatoka trees.
Windell came all the way from the northern suburbs by train to help today. Barry was trying out his new saw which works very well. Sue, Bert and Robin cutting regrowth of Brazilian Pepper.

The Zandvlei mouth was open and the water level was quite low. It had been opened for the unusual heavy rain from the SE caused by a cut off low, passing Cape Town. This caused the flooding inland at Lainsberg during the week.
The inflow under the railway bridge was measured at 1 metre per 15 seconds, almost not visible. Something visible to most was the lack of any bird activity of any specie. The main waterbody had one Moorhen. Nothing else was visible, along the shoreline, in the air, even in the vegetation at the waters edge. Nothing.

The bird count was 7 species for the afternoon. Dragonflies were the most abundant insects flying about this afternoon.

The Standup Paddlers were paddling about Zandvlei. Rescue practice of 3 Stand Up Paddlers tool place. See the “rescue dog” standing on the board which was loaded onto the rubber duck. 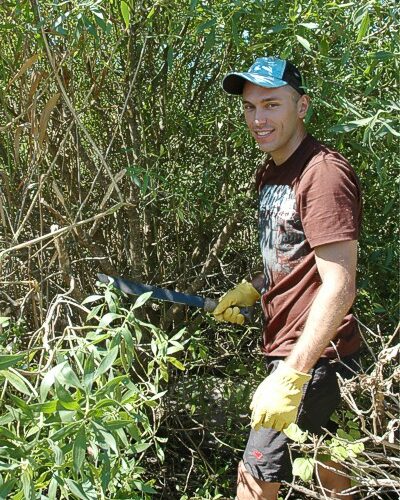 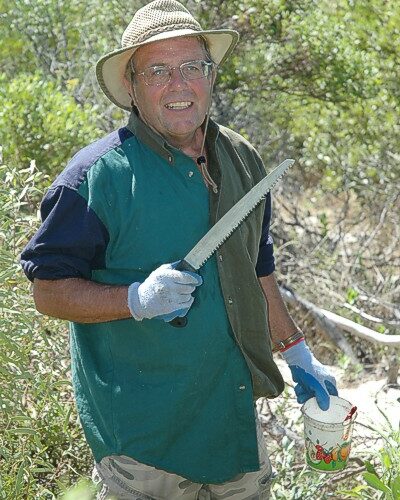 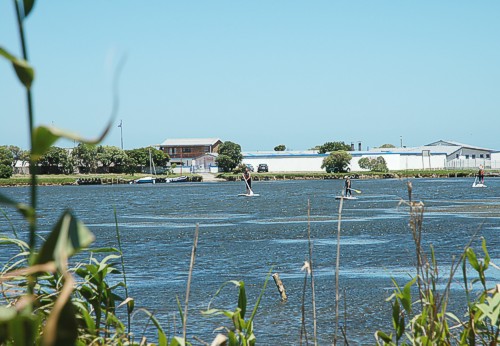 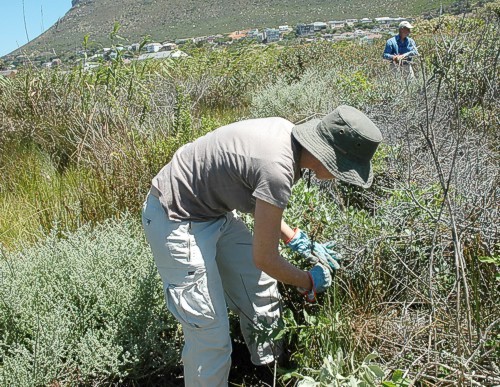 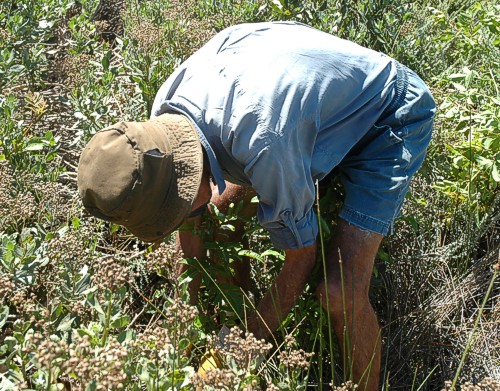