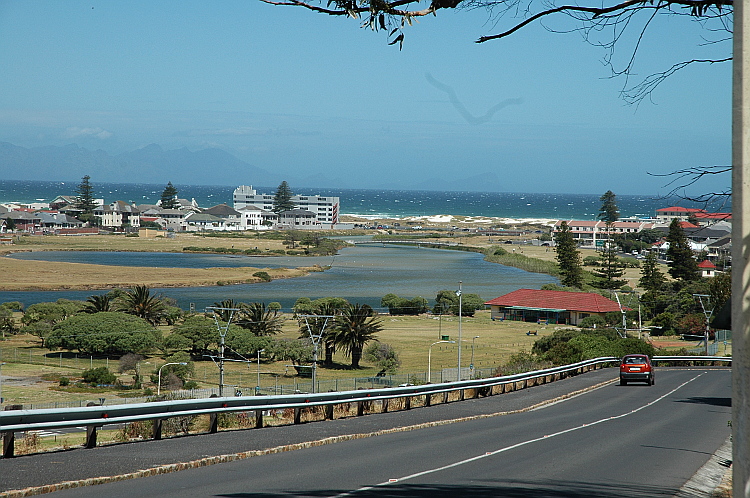 A clear sky with strong, cool SE wind was blowing. The sun was hot. Only 9 species of birds were seen. There were not many insects or any other creatures about, when all reported back. Yesterday it rained well for this time of the year, and brought a well received cooling and dampness. All visible signs had gone by this afternoon though.

There was a wood cutter with his bakkie from Seawinds said his name is Fanie. Have seen the bakkie in the area when going to VH.
Said they could take the gum trees we cut down and the dead Port Jackson tees. Took him along the road and showed him what the Port Jacksons saplings look like. Explained it is a Nature Reserve and I would tell the Manager about them being present. They were too lazy to cut the gum trees, came and asked if I had a chain saw for him to use.

Sue carried on pulling seedlings in the same spot as she worked last month. Bert and Barry were in the lower section cutting dead Port Jacksons. Bert found a lot of the blue flowering trecoma on the northern fence line and worked on that too. Robin and I carried on with the honey suckle (sukkel). It will take months of work.

Thank you to everyone who participated in helping to make a real difference this year. 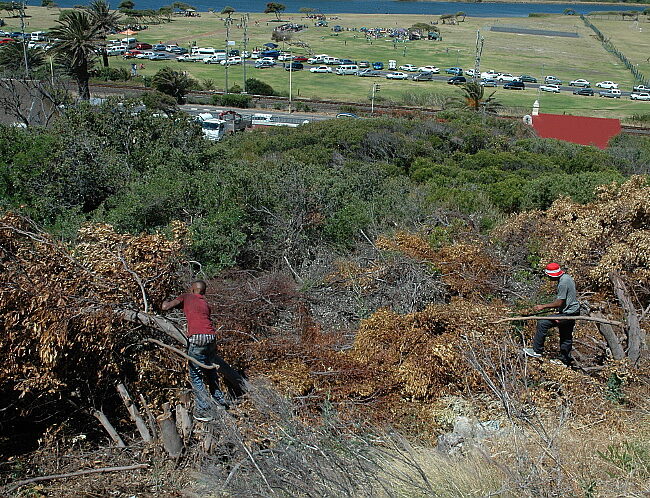 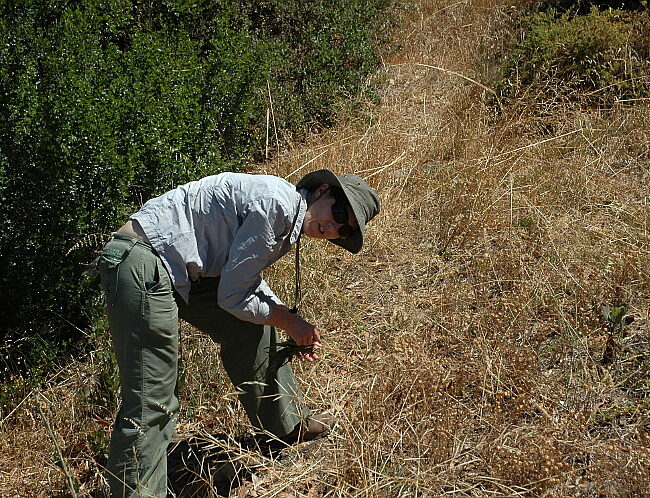 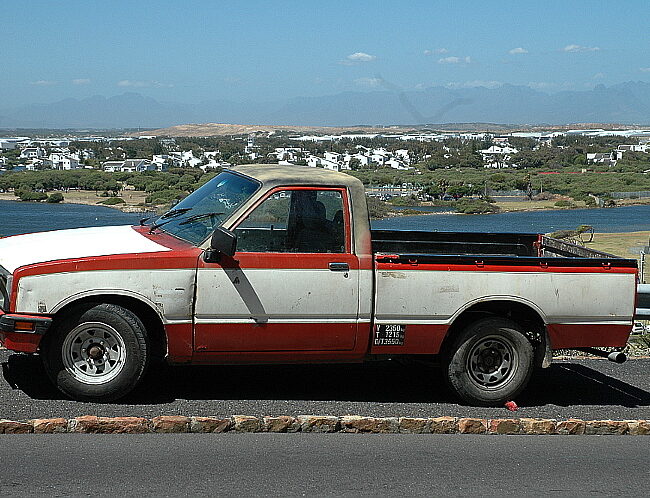 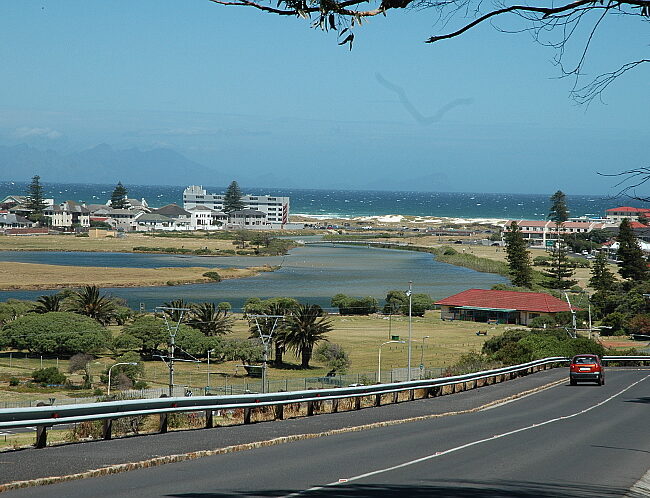 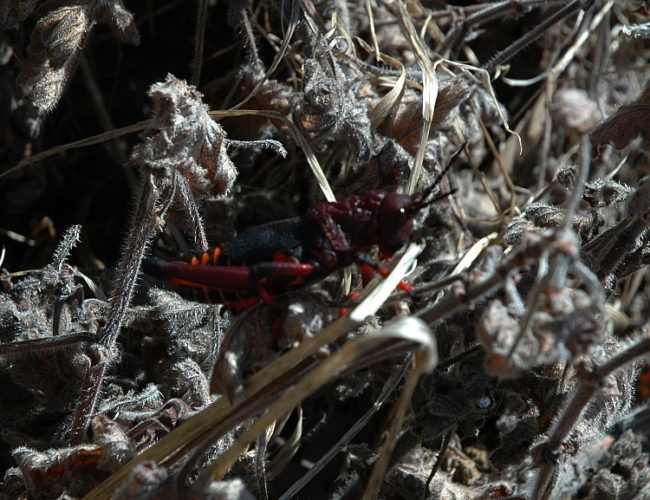 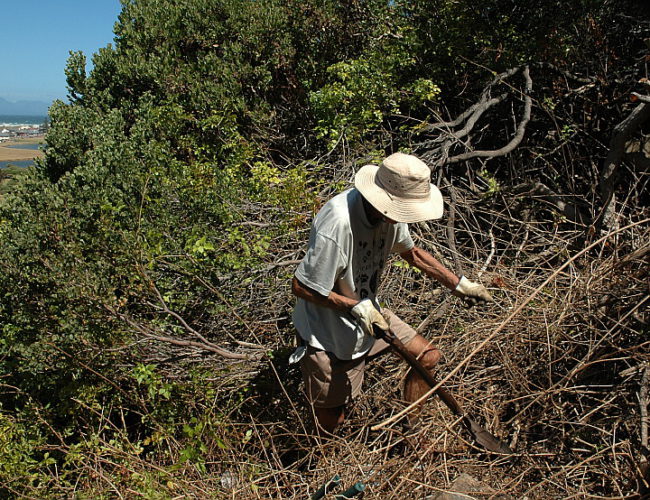 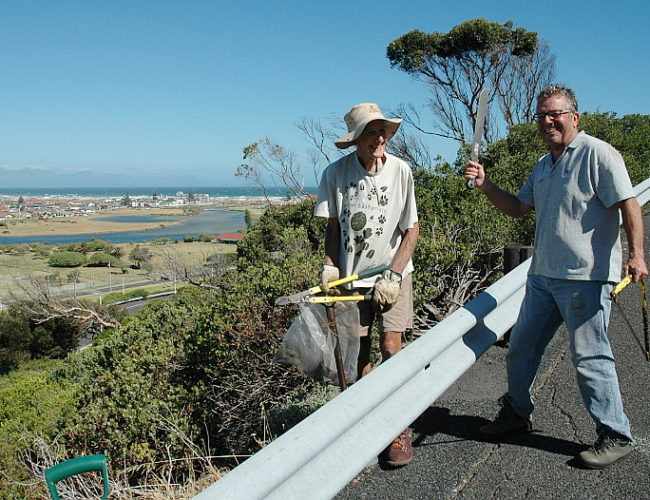 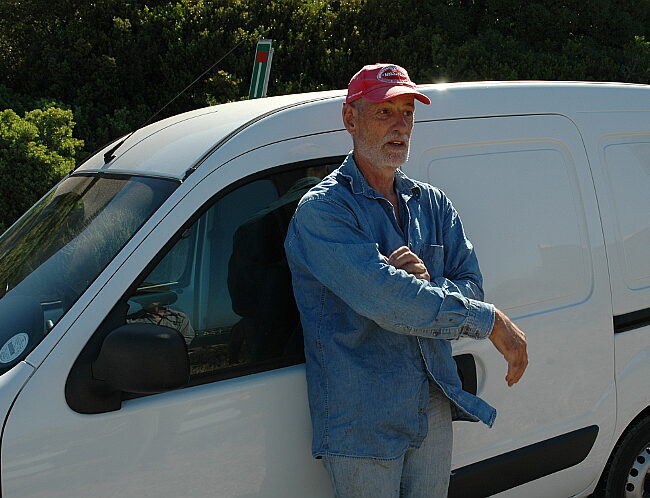