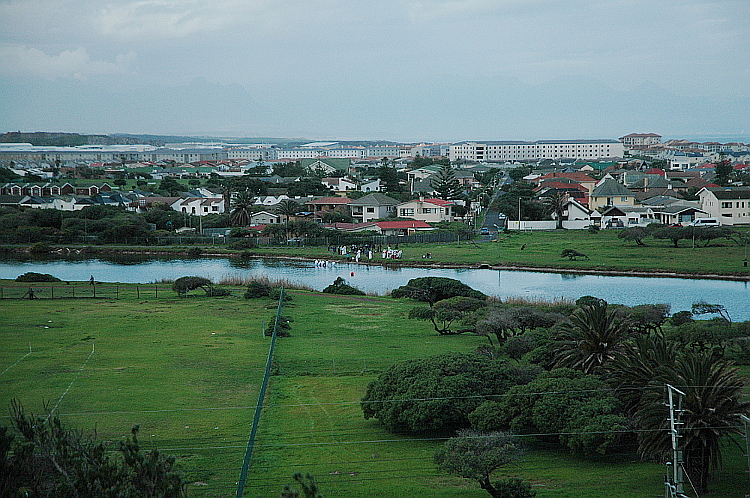 Cool to cold rainy weather all morning and before 14h00. After 14h00 the weather changed with broken clouds and sunshine in between, cool breeze from the SE. The estuary mouth was still open and there was a low tide outflow at 14h00.

We worked the middle section towards the southern boundary (where the sealed waterpipe is located) where the regrowth of Australian Myrtle shrubs were. Lots of seedlings of Port Jackson which were pulled out.

Bert was receiving flak from the traffic dept guy on duty who was shouting “this is government property get off”. A report to the Manager about this and questioned the dumped pondweed next to the Colona Castle sign in Verwood Road.

Across the view in the photo shows a church group being submerged in the cold waters of Zandvlei. We all speculated how cold they must be as we were dressed for the weather, working and still felt cold.

Majority birds were Red eyed Doves and Feral Pigeons over flying the Reserve. Cape Robin Chats, Cape Sparrows, Prinias and White eyes were present in shrubs. Hadeda Ibis and Redwing Starlings were seen too. A Southern Boubou was calling.

Signs that the vegetation is in good condition (well adapted to the weather pattern changes) and flowers should be visible in September. Photos were taken of Hawk Moth caterpillars and a small clump of moss flowering.

Sue reported that no Leopard Toads were calling yet or movements seen. In the Noordhoek area there have been movements.

Dropped Lizwi at station for the 16h20 train back to Simons Town. 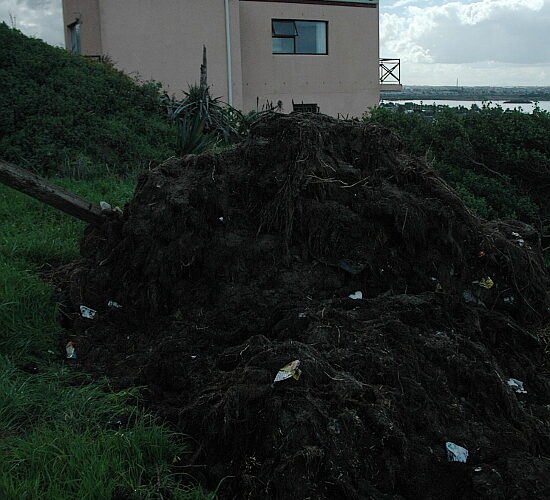 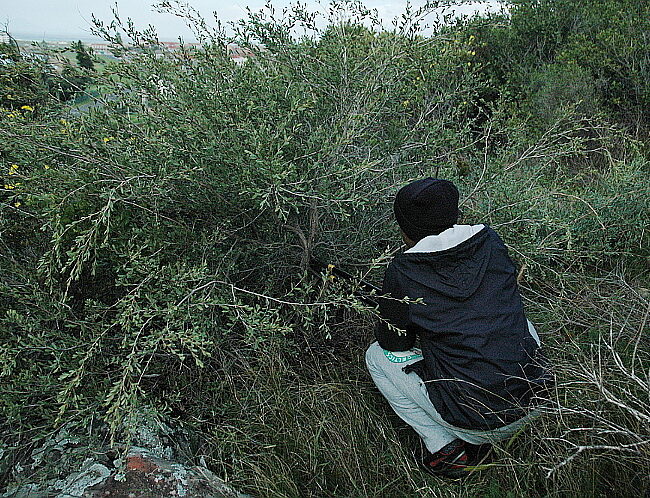 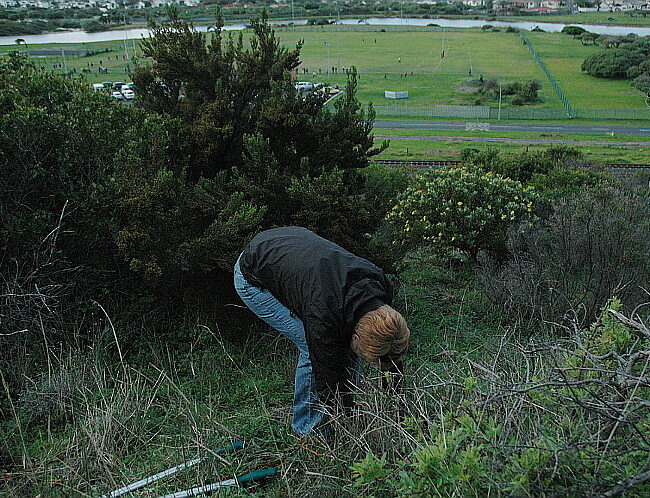 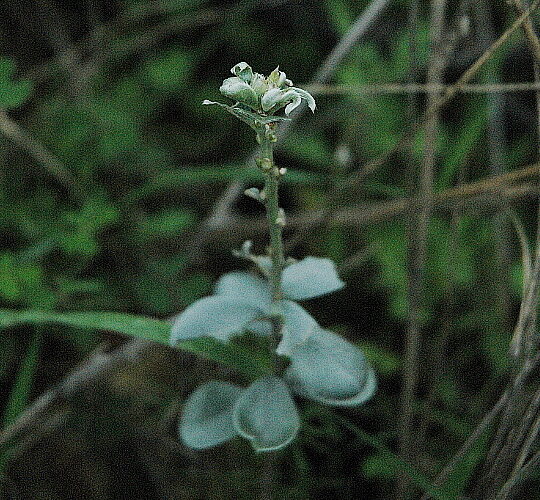 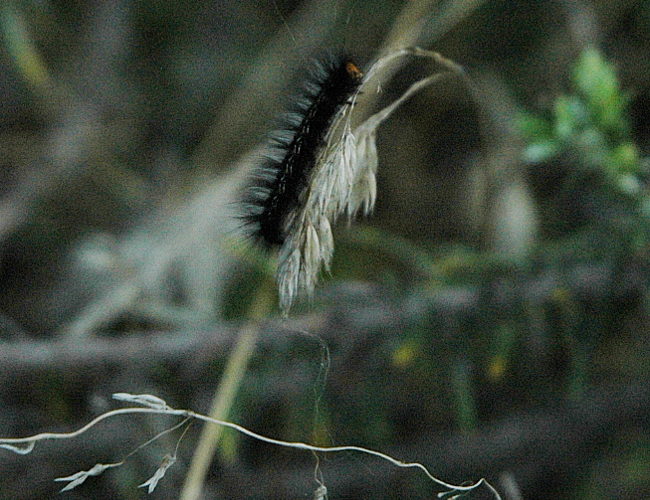 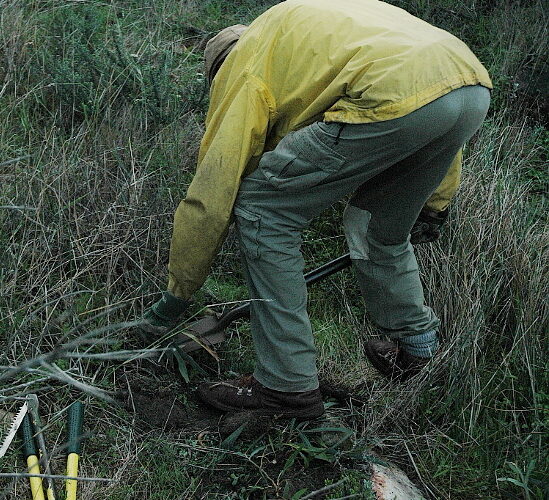 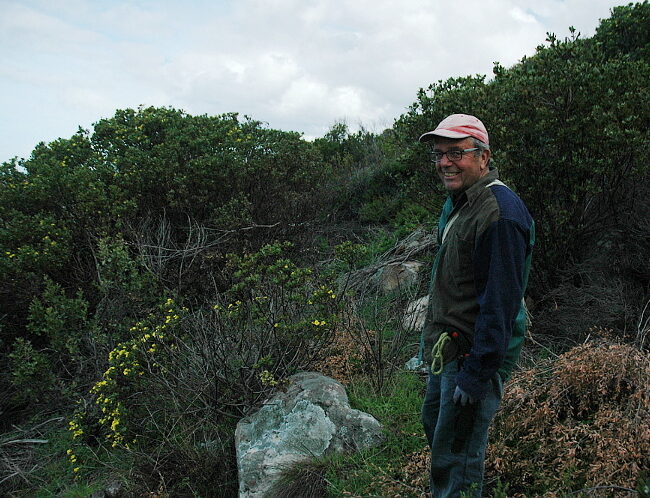 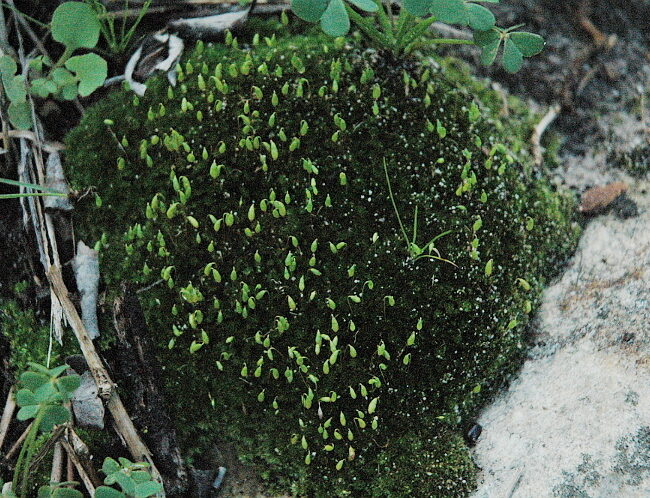 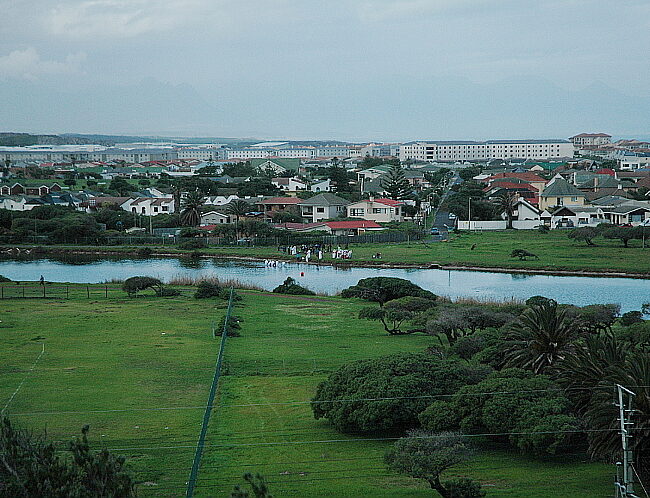