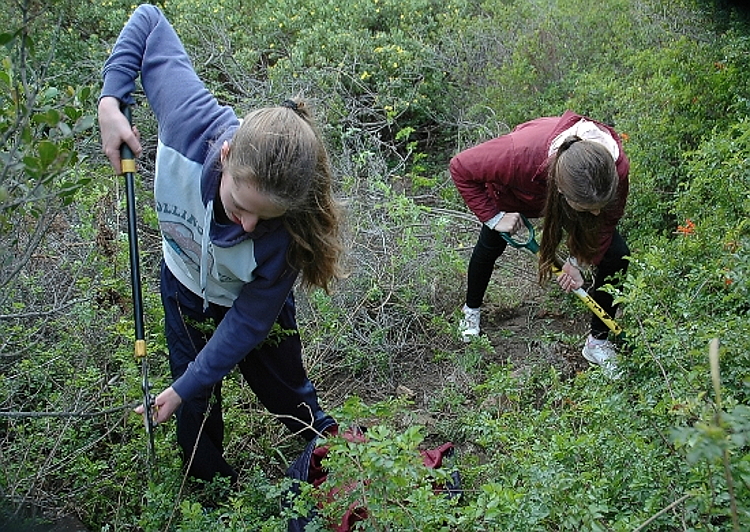 A cold front was approaching and rain showers were always threatening. It was partly sunny with a NW wind blowing. We were sheltered from the wind where we were working.
We decided to work in two areas today. There were some large gum trees on the lower slopes, which served as a temporary refuge and passing drinking venue for people who should not be in the Reserve. Then an escapee Cape Honeysuckle in the middle triangle section which has become out of control and has spread over a large area. So we continued working on this invasive runaway introduced from careless neighbours garden cuttings dumped here.

We had 3 school girl volunteers Katrien, Brigitte and Nicola from Stellenbosch and a school boy Lizwi from Simons Town helping today. Robin spent some time digging out a very invasive grass specie which is spread over wide areas of the Reserve. Barry and Bert cut down gum trees and other Port Jackson trees. This has started to open the canopy up on the lower slopes and should let in more sunlight here. The vista has certainly changed from the Old Boyes Drive when one is passing by.

There were a few Dotted Border butterflies in flight today. Approaching cold fronts and lower barometric pressure usually reduces insect and animal activity with the imminent rain. There were 9 bird species were noted. A small group of Greater Flamingo were down in the shallow water of the vlei below. There was an old gecko nest under some decayed vegetation which we disturbed where we were working.

It started to rain just before we finished working which was good timing.

The girls said they learnt lots today and what to do, so they are going to sort out the invasives on their fathers farm near Robertson in the school holidays. Good for them! 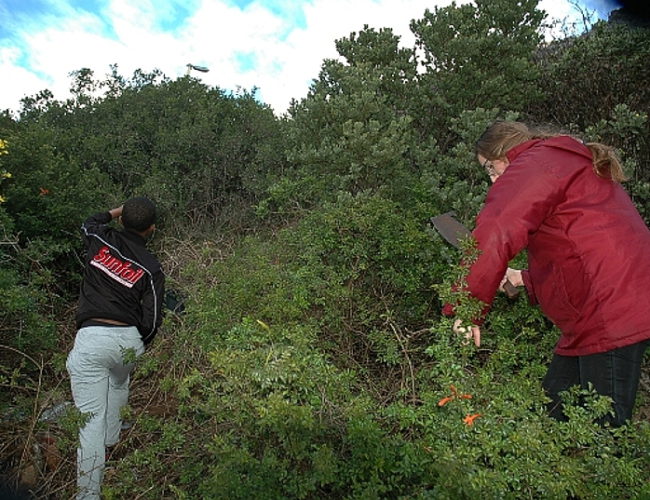 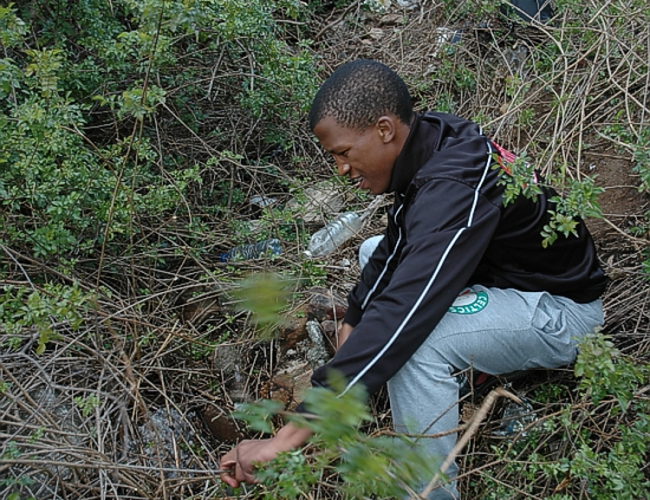 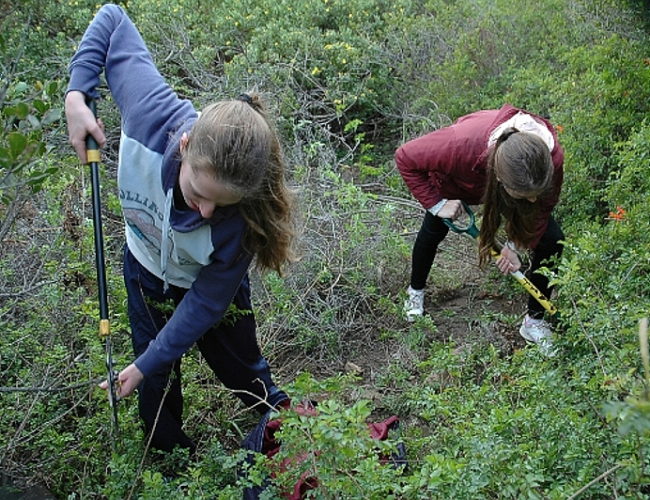 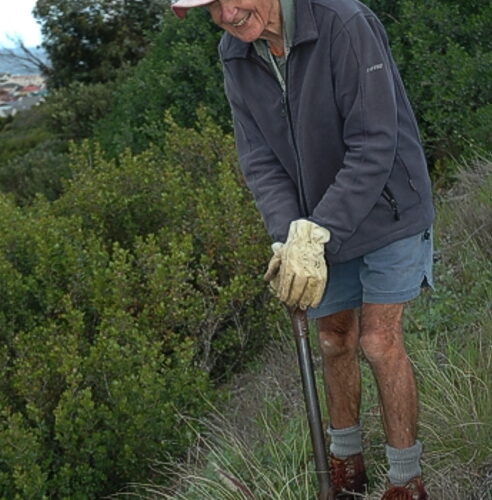 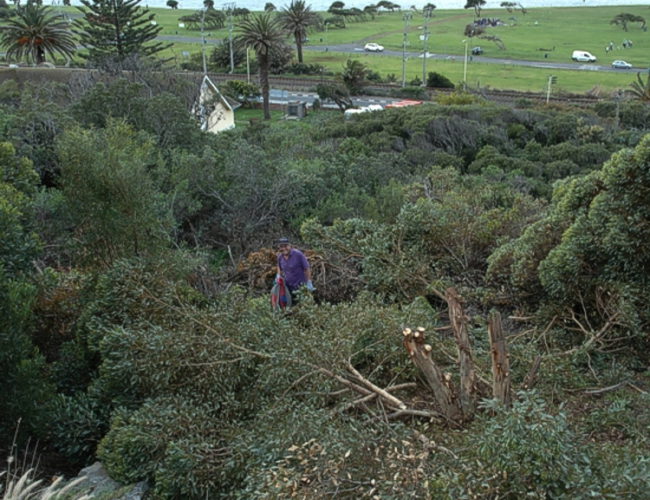 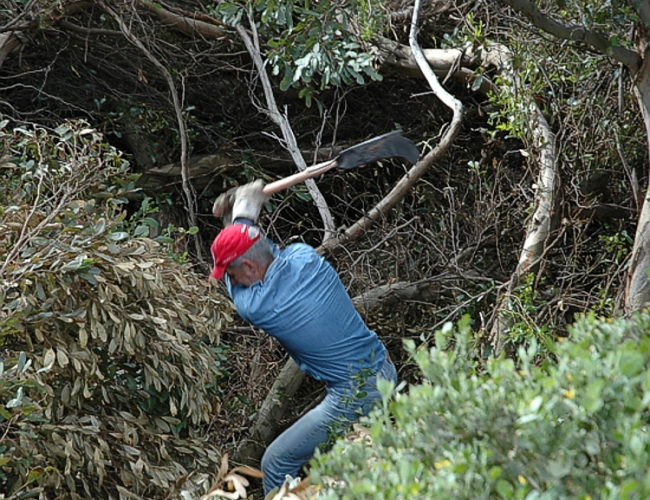 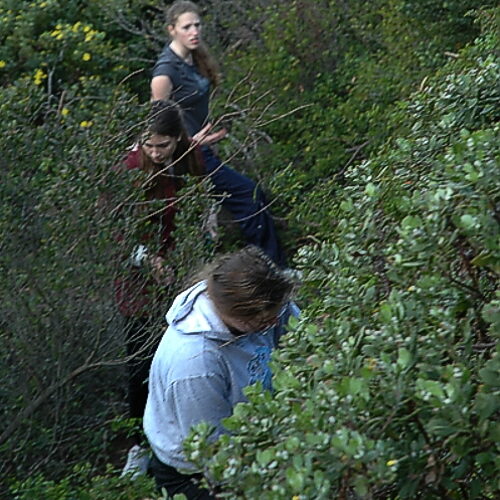 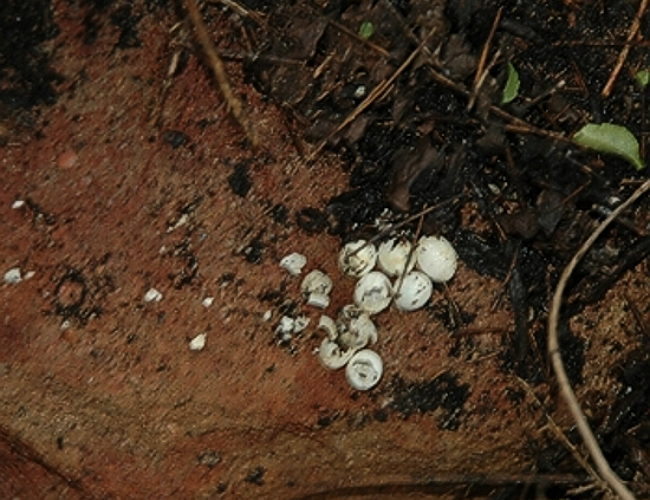