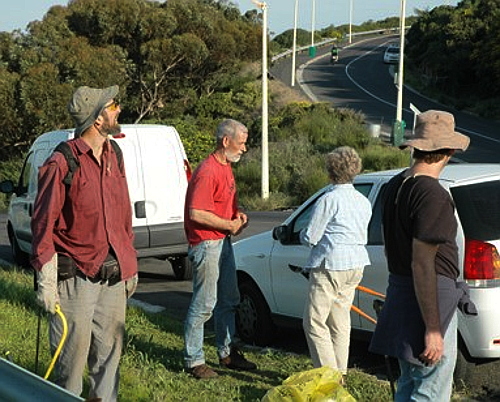 The bees were present and active so we worked down near the road and the others at the upper slopes. It was a warm sunny afternoon with the wind blowing from the north west which was bringing a small cold rain front. Forecast suggested it would not rain this afternoon.
There were a group of daisies flowering, rhus shrubs were in cream buds and about to flower. Ground orchids we found last year were thriving, and it looks like a tortoise has been trimming the tops. The evidence of quite some growth on rhus shrubs where we cleared invasives surrounding them. They had the sun blocked out by the canopy and probably have more ground water supply as the ground is on a steep slope. There were a number of colourful caterpillars crawling around, also large wood lice were present.
Thank you to Chris, Sue, Bowen, Una and Bert who did a good afternoons work. 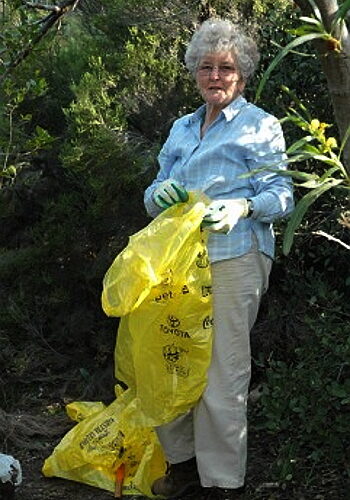 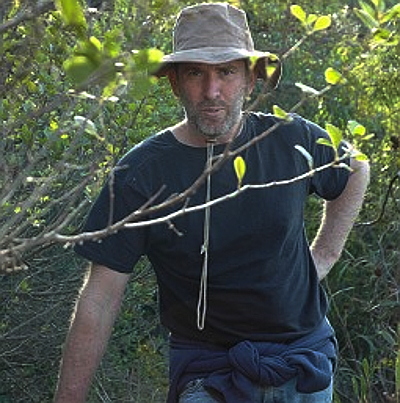 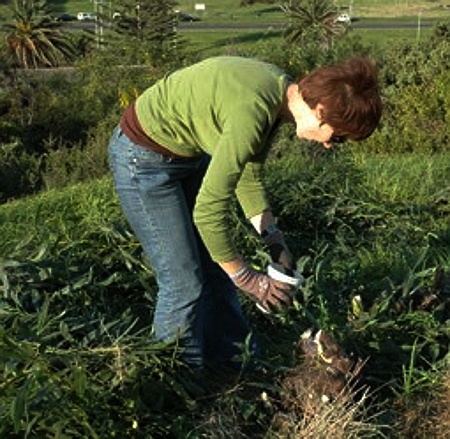 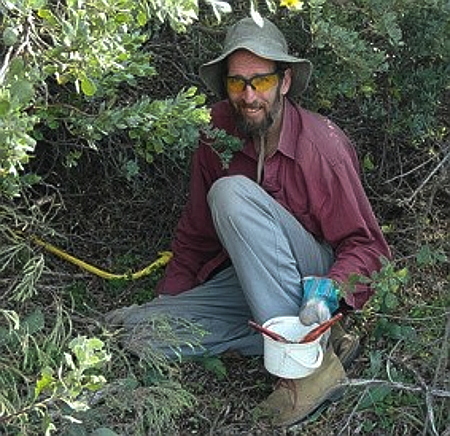