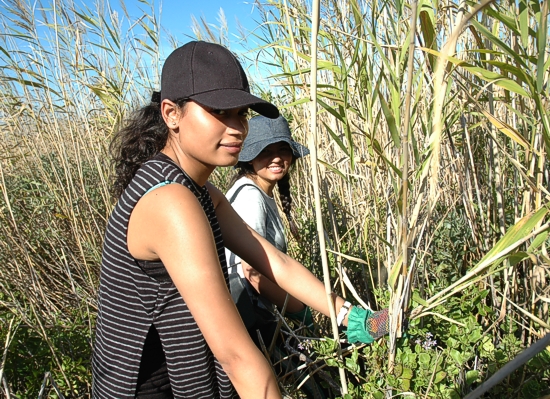 Another hot, sunny afternoon with a slight SE breeze blowing. The Cape Town Scouts and Guides were having their annual Kontiki Raft Expedition this weekend at Zandvlei, which attracted hundreds of people to the Scout and Naval Cadet bases at Zandvlei. They commanded much of the upper north west areas of the water body.

Anastasia and Candice are volunteer students doing a community service, by helping to cut down invasive plant species in the Zandvlei Nature Reserve.
The estuary mouth was open and the water speed under the railway bridge was measured at 1 metre per 8 seconds at 14h20, flowing into the main water body. At 16h00 the direction had reversed and the flow was at 1 metre per 5 seconds as the tide was moving the surface water back under the railway bridge.
Dugal and Bert cut remaining copsed Brazilian Pepper tree stumps and seedlings which took most of the afternoon.
22 bird species were counted again today for the MyBirdPatch area. There were few birds moving about in the air. Emperor dragonflies were patrolling up and down their pathways. The Cape Autumn Widow Butterflies were present along the pathways and the low vegetated areas.
Robin and Barry finished a good afternoons hack and we are on our way home. 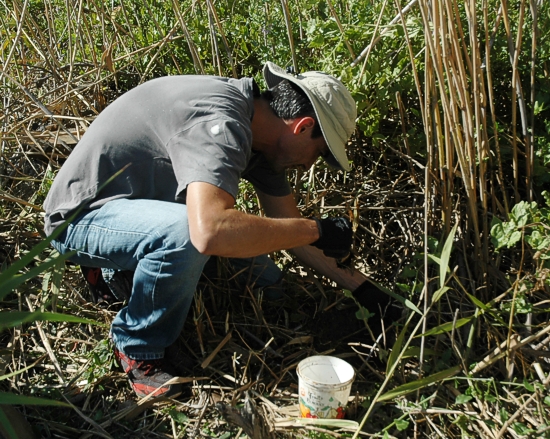 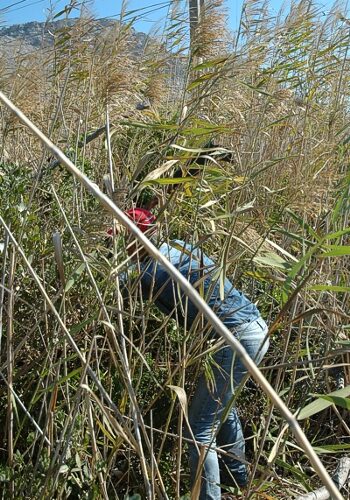 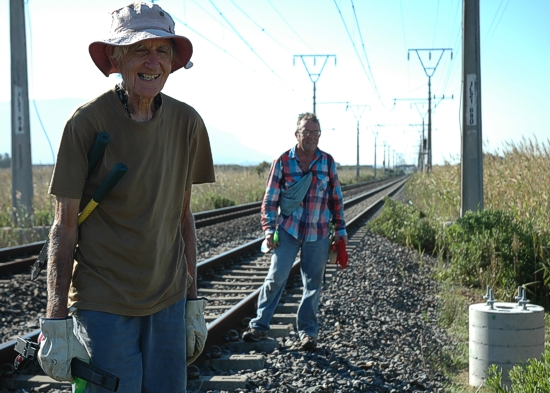