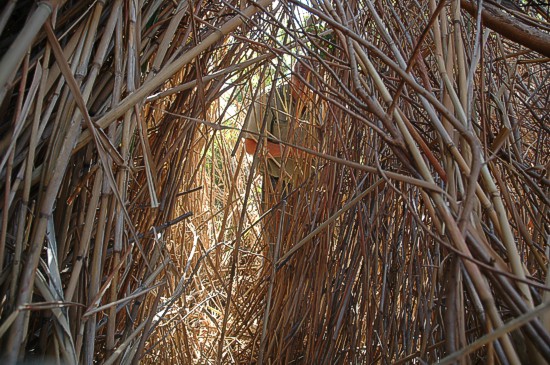 Nobody stands anywhere near where Bert works. He has a “flying blade”. The reeds are between 5 and 6 metres tall in this area.
See the photo as an indication of how dense the reeds are where we are working. This is a tunnel which was made to get through to the river bank of the Keysers. Trevor, Ronnie and Barry working knee deep in undergrowth, treating a stump of a Brazilian Pepper tree.

It was a clear, sunny day with a thick fog on Muizenberg beach. There was a slight sea breeze, not much to cool us down where we worked in the reeds along side the Keysers River cutting Brazilian Pepper trees. Possibly 30 degrees C and more. The estuary mouth was closed. We worked a thick stand of trees in the reeds. Water under bridge was not following and still dark green as seen last month.
The water in the confluence was still dark green under bridge and down to the main water body.

There were many Autumn Widow, Silver Bottom Browns and African Monarch butterflies seen flying. SBB seem to fly with the back wings and the front ones held in a vertical position. The large Emperor Dragonflies were seen patrolling their territories. Some in beautiful blues and green colours. Karoo Prinias were plentiful.
Wiskered and Common Terns were present today. Also a pair of Red bill Teal. 31 species of birds for the MyBirdPatch.
We saw the spoor of a tortoise and a few mongoose left in the damp soil from the heavy mist or fog this morning, crossing the central pathway across Block 21. 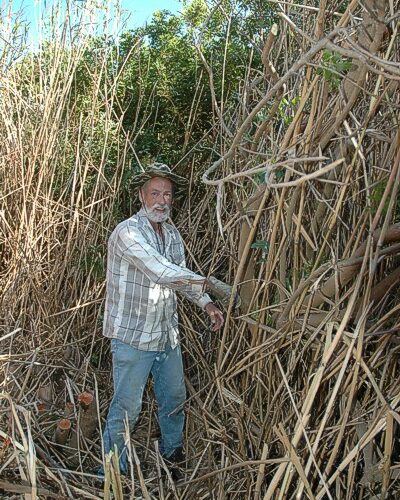 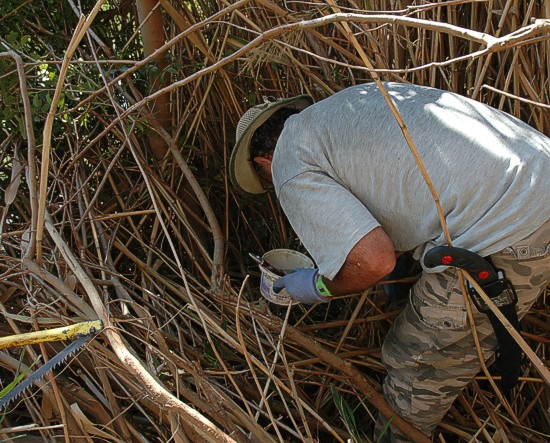 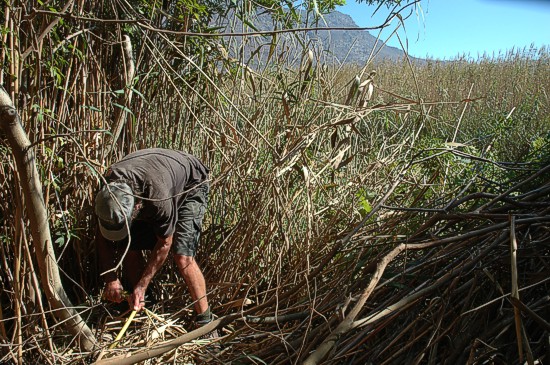 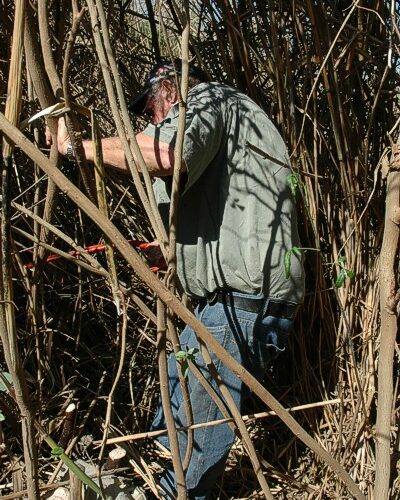 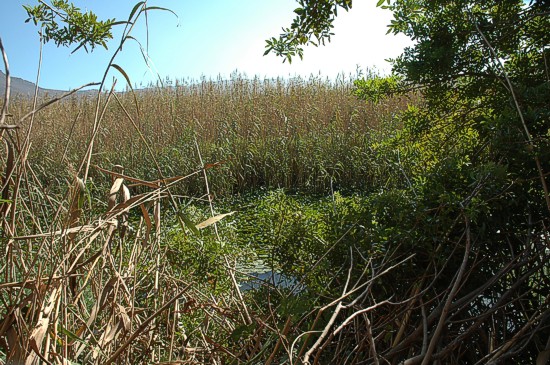 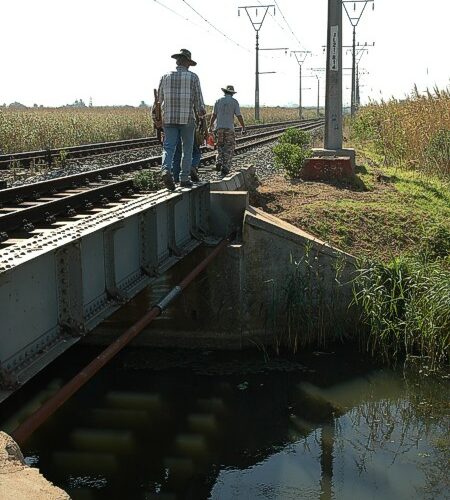