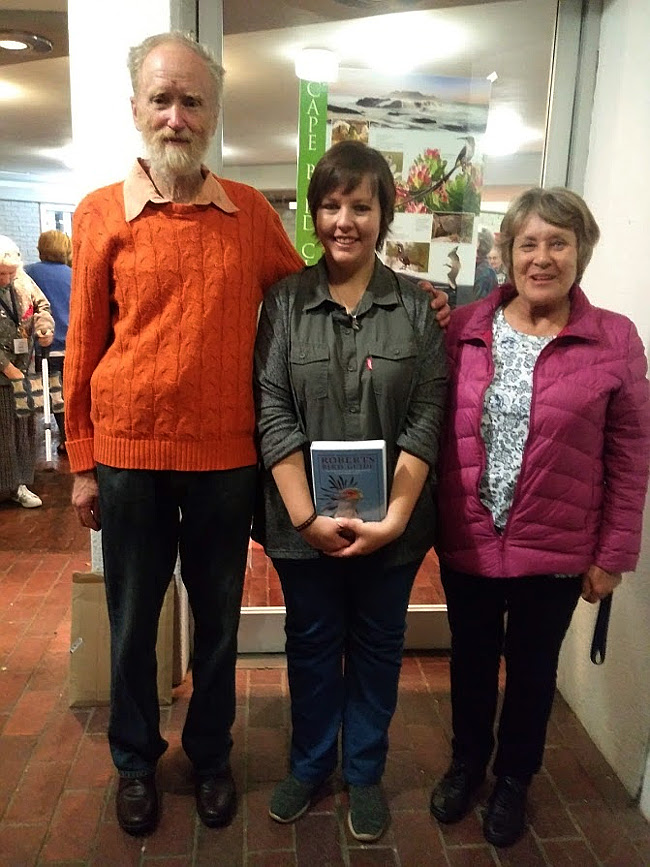 Background.
Frank Wygold was a somewhat eccentric member of the CBC Conservation Committee for many years. He was our “education driver”. His laboratory and work room were in the boiler room of the an old factory in Brooklyn and he conduced education for school groups throughout the peninsula in an adjacent, section of a converted hall. Lessons would start with a drop of water viewed through a microscope (projected on to a large screen) and various microscopic organisms were identified. He then took the children through the food chain, ending up with a visit to the adjacent Zoarvlei (Paarden Eiland Wetlands). Here the top “predators” of the food chain, were identified in the form of birds, frogs and fish.
He managed to secure funding from Sasol to convey children to his “laboratory” and countless children were exposed to the magical world of biology and conservation. When Frank died the Conservation Committee felt his sterling work needed to be honoured and hence the “Frank Wygold Award”.
The  Award is given to the student at CPUT who has studied conservation and been adjudged by the staff at the University to have completed an outstanding project in conservation education. It is not awarded every year and is not simply awarded to the top student. It needs to be someone “special”.

Award.
The 3rd Frank Wygold Award (2018) went to Anja Vos a young lady who studied Conservation at Cape University of Technology. Her project in Conservation Education took her to Sishen in the Northern Cape, where she assisted children in market gardening and getting them and their families involved in a local nature reserve. Anja elected to remain at Sishen after graduating and is now employed by WESSA on a grant from the Oppenheimer Foundation. She is working on large recently proclaimed Reserve and is involved in both the monitoring of the area and getting the local schools involved.
Listening to her presentation one is left with the impression that she is capable of critical thought and is passionate about her career.
She presented a very brief overview to the Club at the Thursday meeting on 10 October 2019.
Her prize was a copy of Roberts Bird Guide.
We wish her well and I have no doubt that children who are exposed to her knowledge and passion will benefit and in the long run so will conservation.