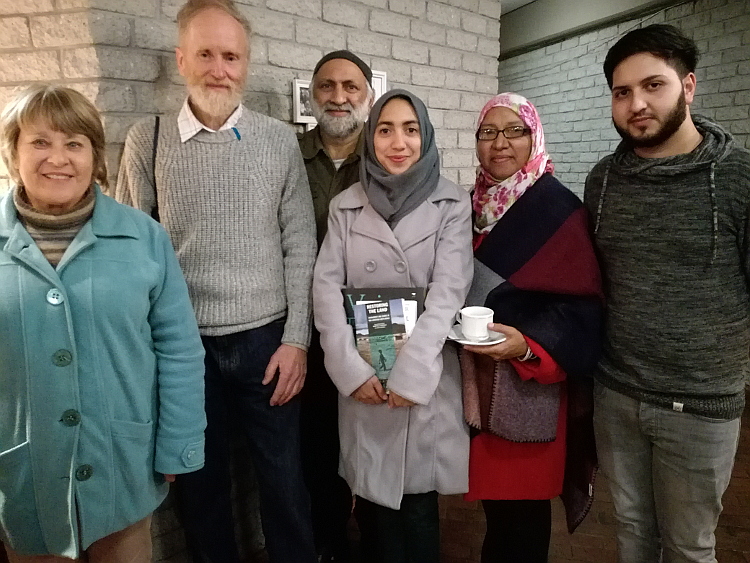 Frank Wygold was a somewhat eccentric member of the CBC Conservation Committee for many years. He was our “education driver”. His laboratory and work room were in the boiler room of the an old factory in Brooklyn and he conduced education for school groups throughout the peninsula in an adjacent, section of a converted hall. Lessons would start with a drop of water viewed through a microscope (projected on to a large screen) and various microscopic organisms were identified. He then took the children through the food chain, ending up with a visit to the adjacent Zoarvlei (Paarden Eiland Wetlands). Here the top “predators” of the food chain, were identified in the form of birds, frogs and fish.
He managed to secure funding from Sasol to convey children to his “laboratory” and countless children were exposed to the magical world of biology and conservation. When Frank died the Conservation Committee felt his sterling work needed to be honoured and hence the “Frank Wygold Award”.
The  award is given to the student at CPUT who has studied conservation and been adjudged by the staff at the University to have completed an outstanding project in conservation education. It is not awarded every year and is not simply awarded to the top student. It needs to be someone “special”.

The 2nd Frank Wygold Award went to Lamees Chitke a young lady who worked at the Tygerberg Nature Reserve in 2016 and devised a programme to assist school children in understanding the biology of the Reserve and the relationship between the flora and fauna particularly birds. She presented a very brief overview to the Club at the Thursday meeting on 13 July 2017. The thing that was apparent was the passion for her subject which she radiated. She has joined the Tygerberg Bird Club and is attending ringing sessions to enable her to incorporate this into her education training programme.
Her prize consisted of 3 books on various aspects of ecology and conservation. One being general interest and 2 being more focused on conservation
We wish her well and I have no doubt that children who are exposed to her knowledge and passion will benefit and in the long run so will conservation.

The book titles are as follows:

1. Voices from the Forest by Tony Dold & Michelle Cocks.