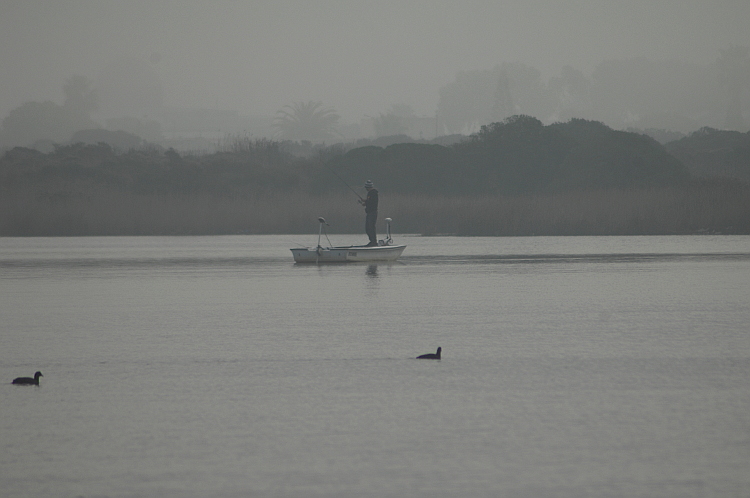 The Zandvlei Nature Reserve re-opened up for exercising on 16 July 2020. So it was decided to postpone the planned count date on 18 July 2020, to the following Saturday 25 July 2020.

Barry and Val Cleveland counted in the Marina northern canals to Park Island bridge and at the night heron roost from their canoe. The weather was cool, foggy becoming very foggy from the north, with no wind. The estuary mouth was open for the winter management season. We noted 2 boats with fishermen fishing for leervis. We did see a couple of leervis jumping out of the water. There were a number of shore based fishermen in the naval cadet and scout basin fishing for carp.
See the photo of a lump of tube worm coral which had been broken off during the recent storms and washed up near the western shore. There were many other lumps visible too.

The water inflow from the catchment via the Westlake Wetlands was 1 metre per 8 seconds under the railway bridge. The Westlake and Keisers Rivers were clear of all surface invasive weed species. When we were at the railway bridge the Main Road shopping centre was just visible. There was no mountains to be seen.
While at the railway bridge 2 over wintering Barn Swallows were having fun flying under the bridge and looping over the top very close to us. We also saw a Peregrine Falcon appear out of the fog and we thought it was chasing a Pied Kingfisher but it carried on south leaving the kingfisher alone.

The sun warmth broke up the fog and eventually we were in clear sunny conditions at about 10h30. The water level was low and a large sand bank is visible between the 1st and 2nd bends of the estuary from the mouth.
The estuary was recently cleared of a build up of silt and sand on the northern side of the Royal Road bridge and back towards Thesens bridge. The Royal Road bridge supports in the water are visible again, they had become buried in sand over a number of years.
The southern Marina canals were not counted.

Thank you to all who participated and keeping the social distance and masked up. There is always a first for everything, never have we walked around in disguise counting birds before today. 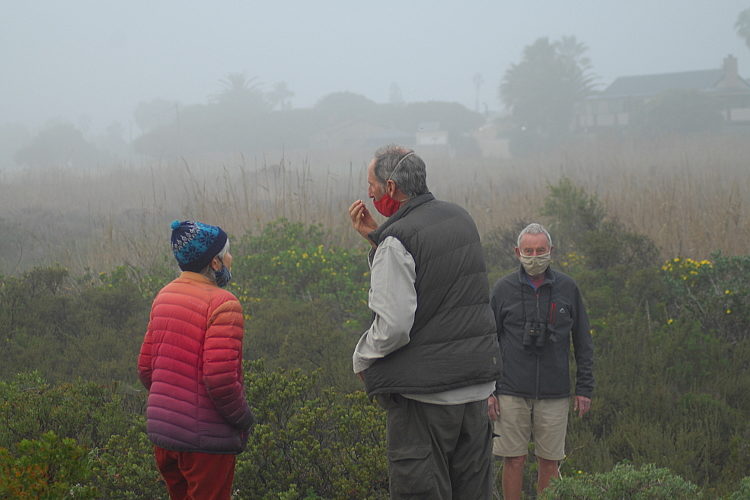 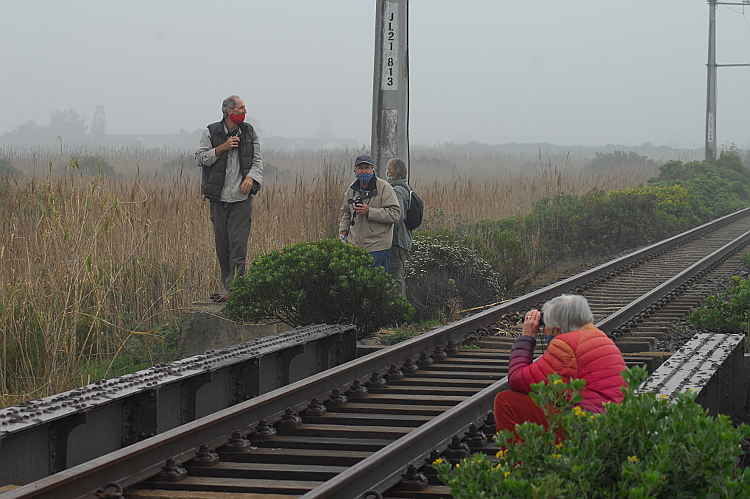 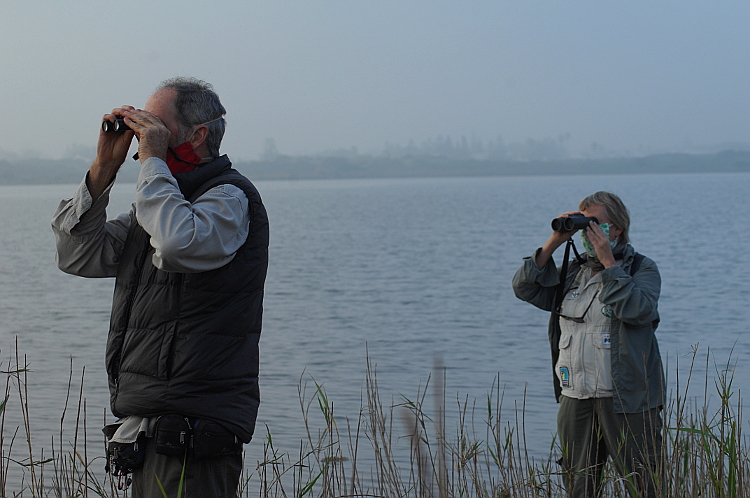 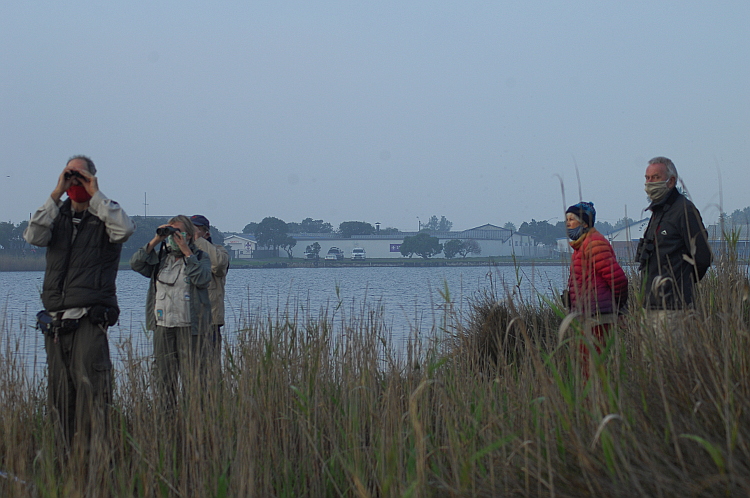 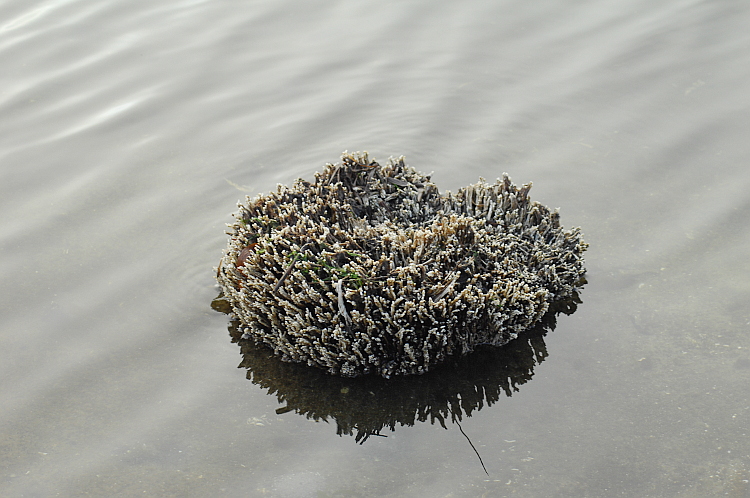 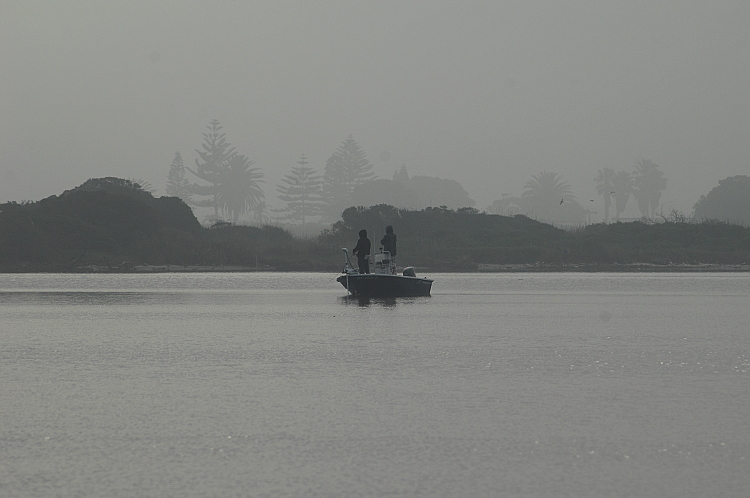 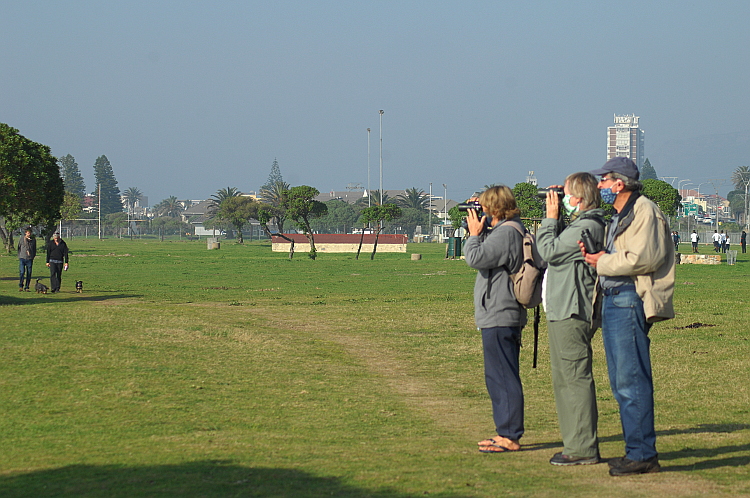