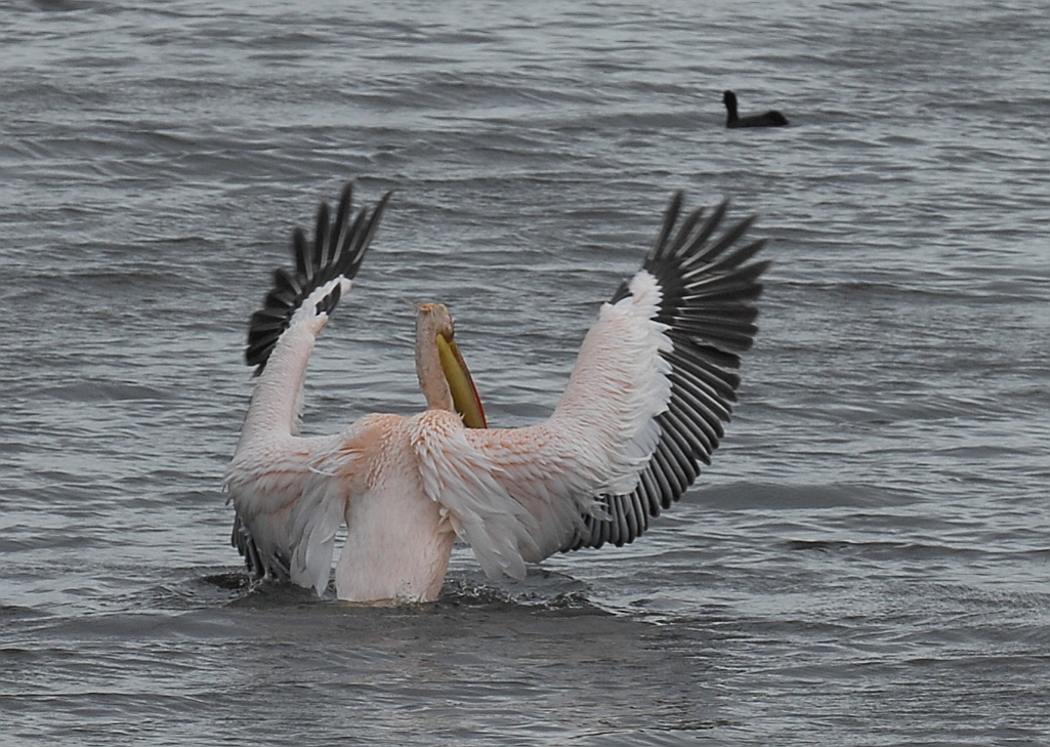 The estuary mouth was open. It was sunny, with very high cloud and a cold SE wind blowing, which got progressively stronger to about 45 kph from 09h00 onwards.
There was a feeding frenzey with Harlaubs and Kelp Gulls following Cape and Reed Cormorants herding fish. 2 Pelicans also joined in for a short while. They moved around the upper vlei quite quickly following the fish. Africam Marsh Harrier was mobbed by Hartlaub Gulls, Yellowbilled Ducks and Blacksmith Lapwings. Darter with netting / fishing line around its bill was seen still alive and struggling. The Marina channels north of the Park Island bridge were counted by Andy Rumbelow in a canoe.
There was lots of red bait washed into the estuary which was on the shores, around the 2 bend from the mouth, near to the old Zandvlei bowling green. One dead gull in the estaury near Thesens Bridge. Hartlaubs and Kelp Gulls with a Whitebreasted Cormorant were chasing small fish near Thesens Bridge. The Marina channels south of the Park Island bridge were done by Alice Ashwell in a canoe. She recorded 2 Little Grebe juveniles in the Marina channels, also 2 Hadeda Ibis chicks in a nest in the Marina. 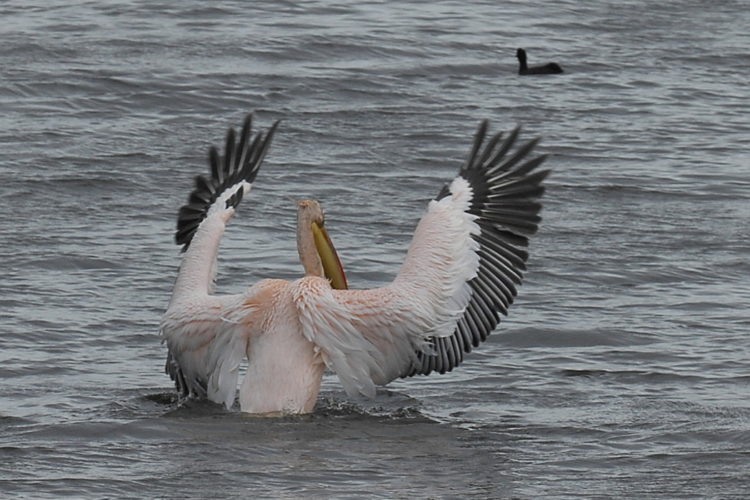 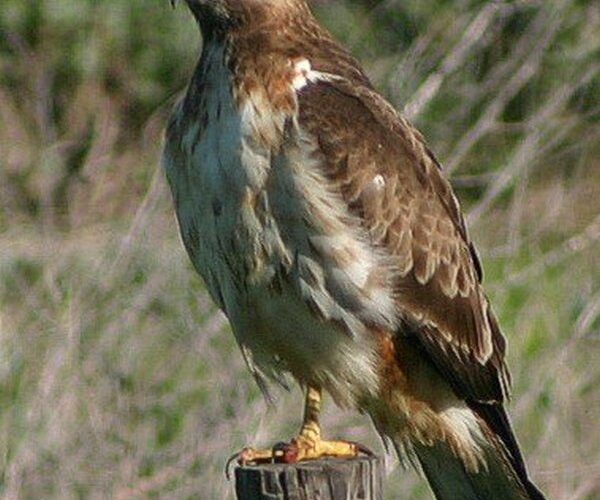 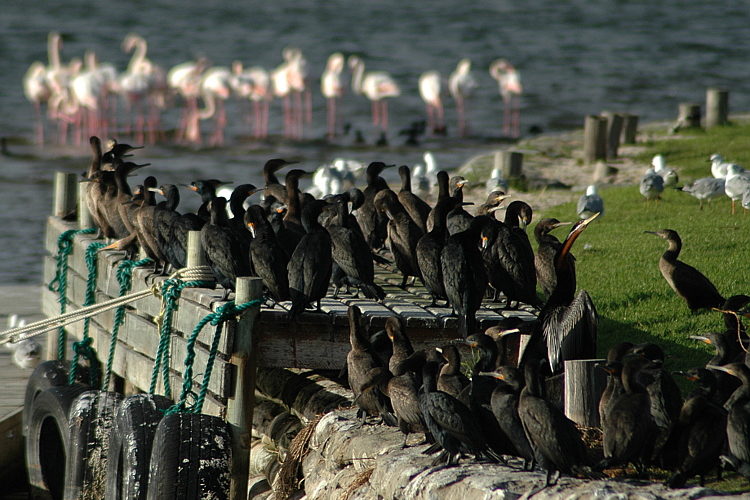