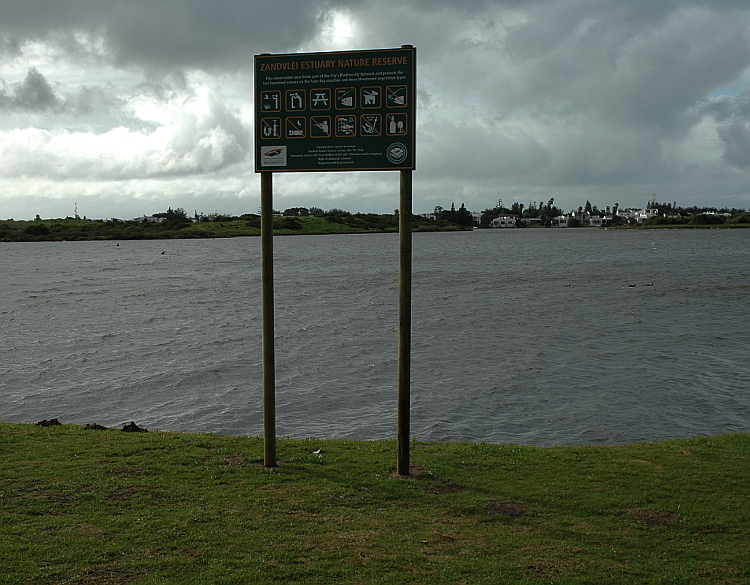 The Sand River litter trap flood area was overflowing as the trap was blocked up with flood debris.

The day time, high was forecast to be 14 degrees C. It was raining almost continuously with gusting wind at times gale force on the Beaufort scale at the yacht club. The waves were more than 1/2 metre high in the vlei and breaking onto the shore of the caravan park with spray 2 metres into the air. Cloud cover 100%.
The Marina da Gama channels were not counted nor was the Zandvlei Reserve canals where the night herons roost. The inflow of the Westlake and Keysers Rivers was turbid and muddy in colour with little visibility in the water. The level of the Westlake River was visibly higher than the Keysers River at the confluence, at the railway bridge. While counting on the western shore, a Crested Grebe and a Reed Cormorant were seen eating fish close to the shoreline. The estuary mouth was open with a good outflow to the sea. More than 2 metres of the concrete wall on the western side of the mouth was exposed and above the outflowing water level. The water level in the vlei was about 30cm above the rubble weir south of the Royal Road bridge. 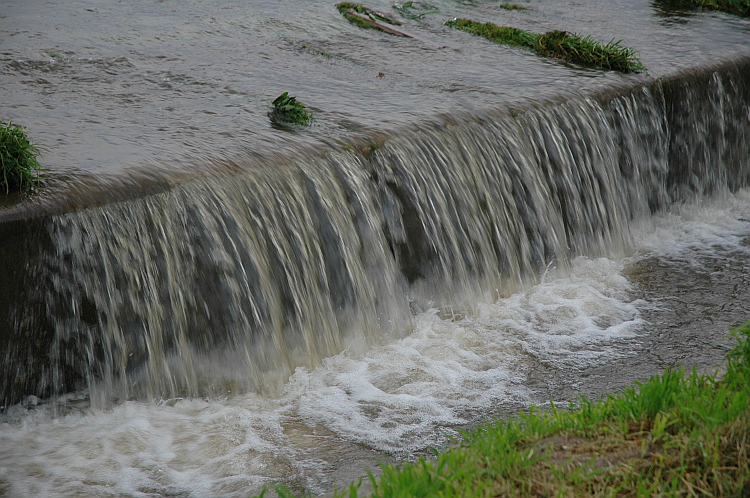 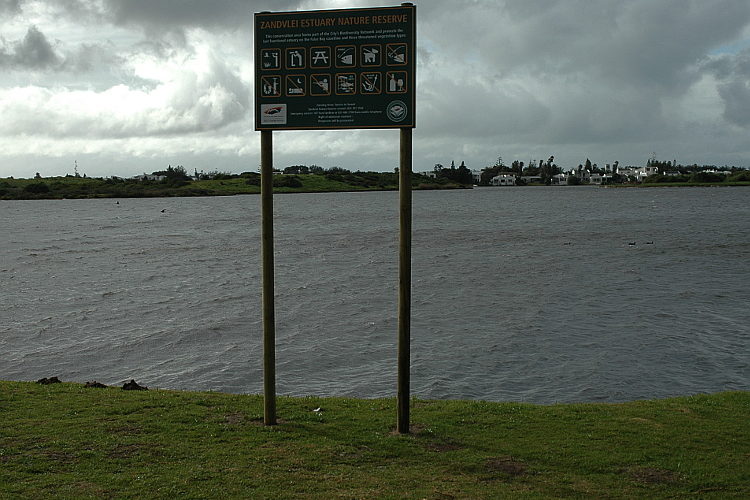