The sky was clear and sunny with a brisk SE wind, which has been blowing for weeks. An observation and deduction was that the birds were sheltering out of the wind or were else where at other waterbodies. The mouth of the estuary was closed. There was no flow of water at the railway bridge and the water level was about medium level around the shoreline. Barry and Val Cleveland c the northern canals and the night heron roost area by canoe. An incidental report – a lone Palm Swift amoungst a few other swifts and swallows was confirmed and is a first record for the Zandvlei Nature Reserve. This was seen near the jetty in the NW corner of the vlei by Joel Radue and Graham Pringle. There were very few visible birds on the main water body. Also the Eygptain Geese and Hadeda Ibis on the western shore were absent. Angus and Frances Hemp counted the southern Marina canals by canoe. The sand bar in “the bends” was very near to the surface of the water with about a 10cm covering in most places . We saw many fingerling mullet in the very shallow water at the edges using the thread weed as cover.
The Blackshouldered Kites were nest building near the Main gate to the Reserve. 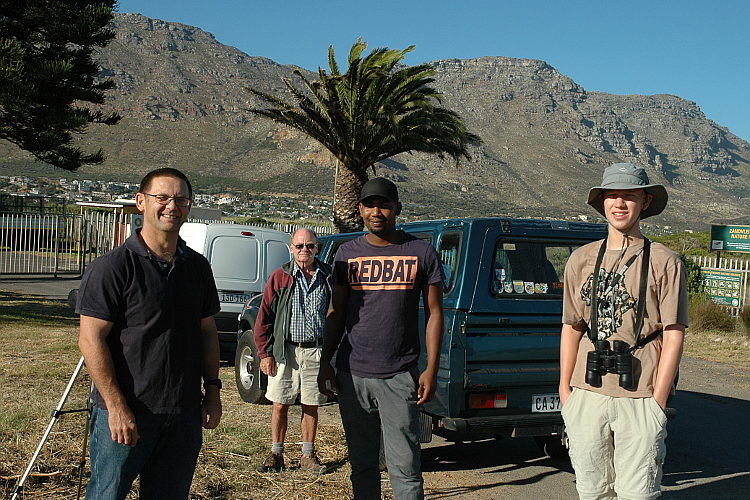 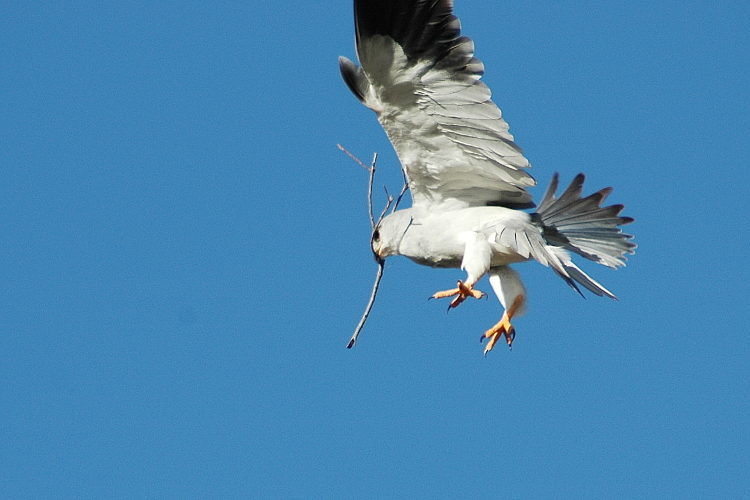 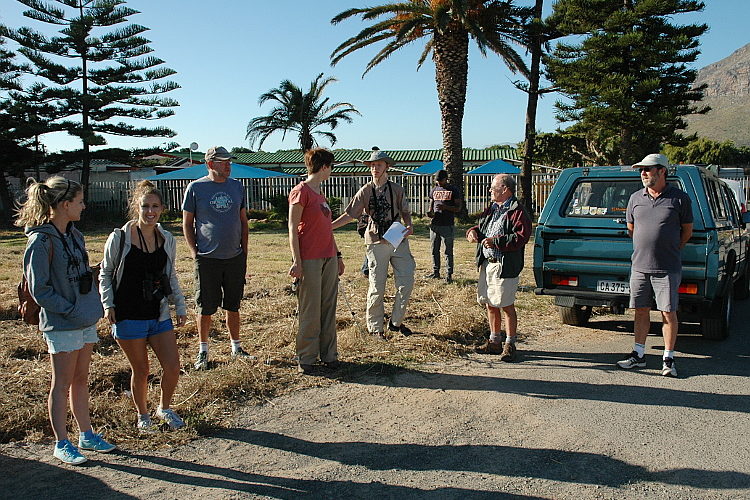 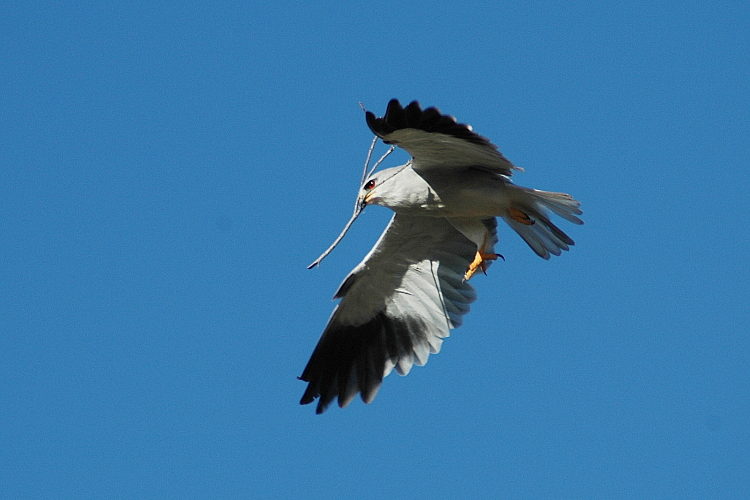 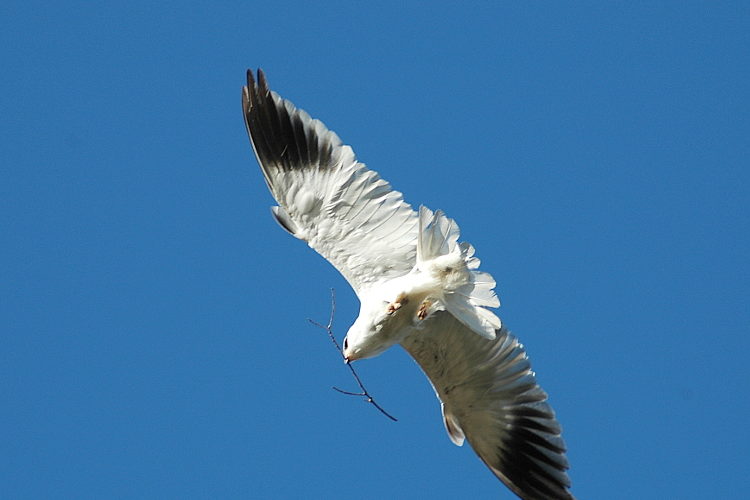 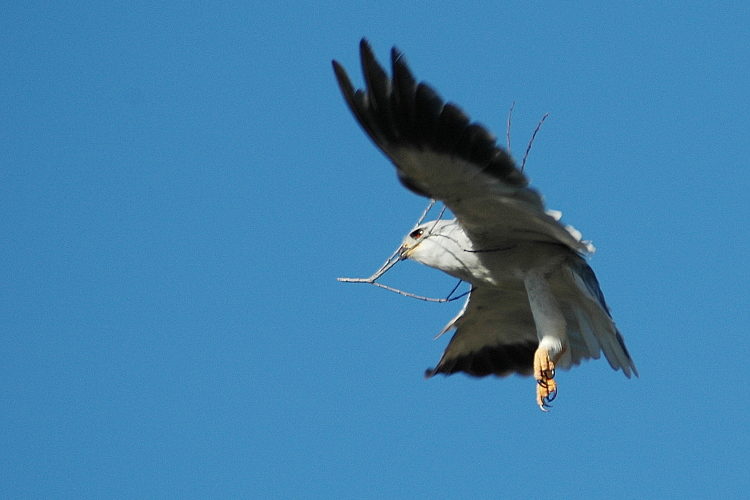 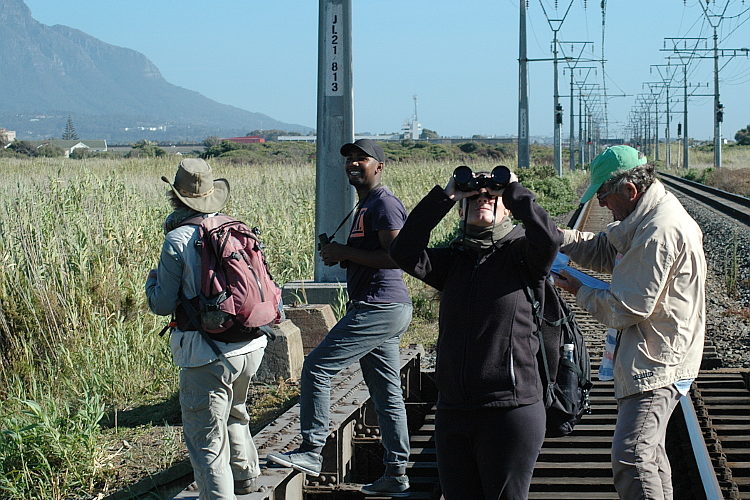 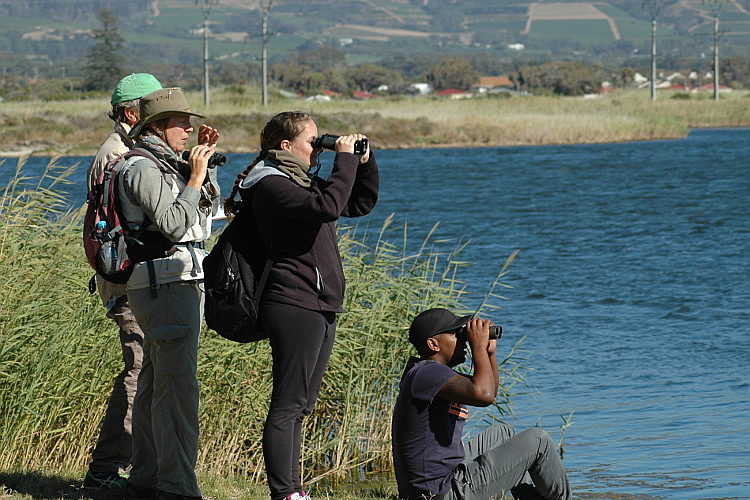 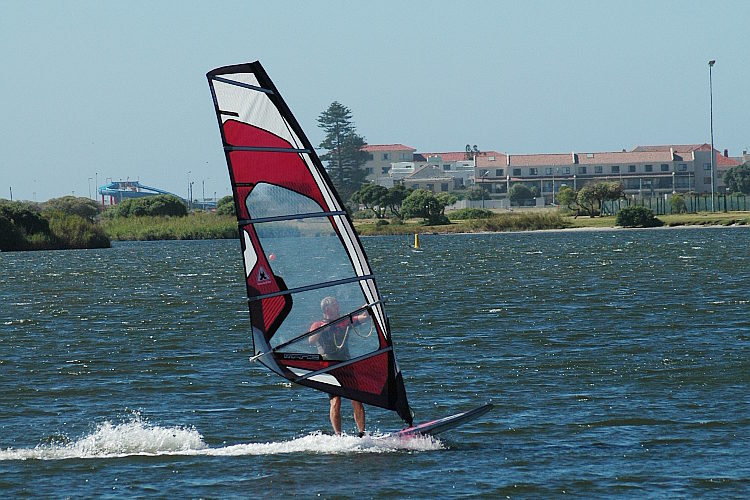 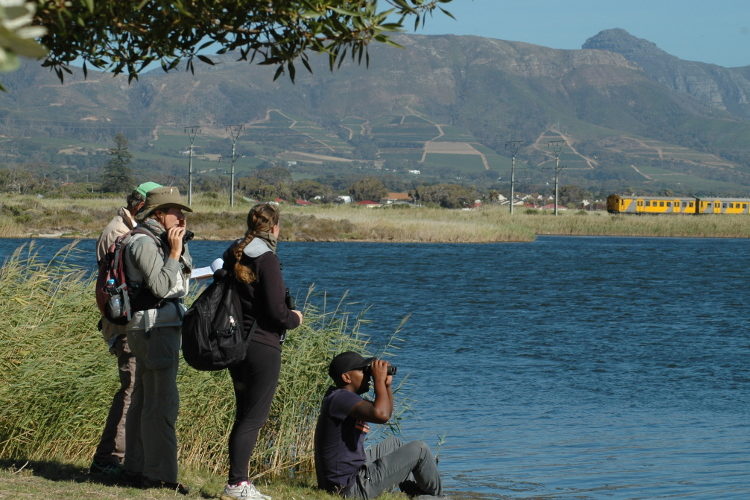