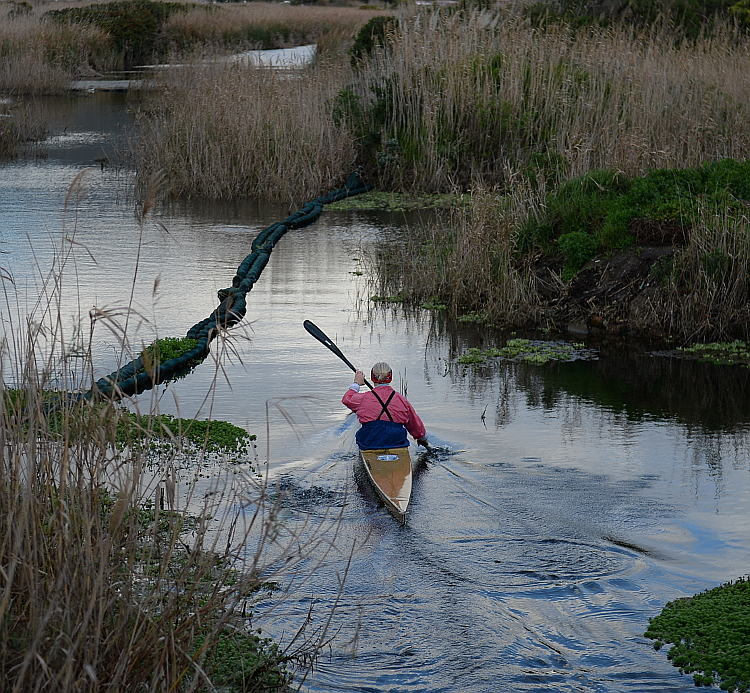 It was dark, freezing cold and still raining at 07h30, the cold front going through slower than forecast. This cold front brought cold and rain to the Peninsula on Thursday and continued on Friday until this morning. There are reports of snow on the higher peaks all the way to the Eastern Cape. The wind and clouds were coming from the south and in the process of swinging around from NW to SE. By 08h45 there were patches of sun and the sky clearing to a bright blue with a slight breeze from the SE by the time we finished the count at 11h30. The air temperature was still cold.

We had 2 new counters today Rodney Yates and Ruth Muller who was doing her school community service time.

The water was flowing under the railway bridge at 1 metre per 7 seconds, the wind was creating small waves in the canal which looked like a tidal surge, but was not. The estuary mouth was open and it was low tide at 11h30 today. We noted that there was a deep scour of silt under the Thesens bridge when we past there, a good sign, which will allow bigger fish in and out of the estuary. The mouth of the estuary is permanently open until September for the winter rainfall period to let the runoff water from the catchment out to sea and to prevent flooding of low lying infrastructure.

Reed Cormorants were the main specie we saw today surprisingly, as it is usually the Coots we have to count in great numbers. There were groups actively herding shoals of fish in different areas. The Greater Flamingo were present and are always a delight to see and hear.

Thank you to all the counters, who came out in the dark, wet and cold this morning to help with this count, and especially Angus and Frances Hemp out in their canoe. Loyiso Siroqo helped Simon Fogarty with the main reserve area.
We did see a few canoeists out training, tough people indeed. 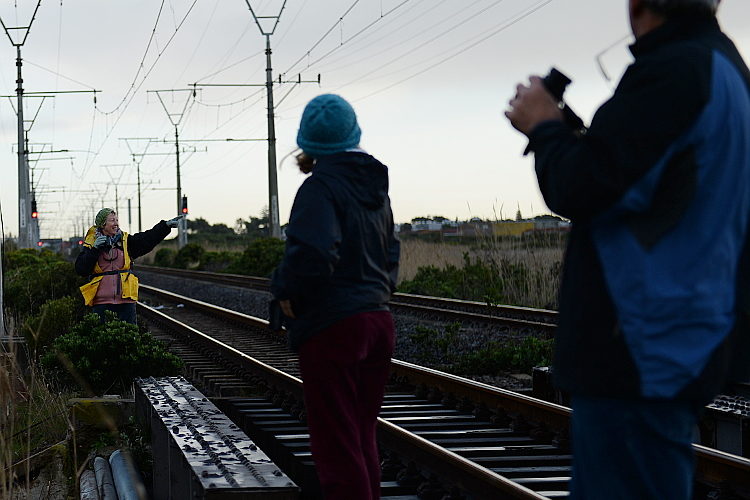 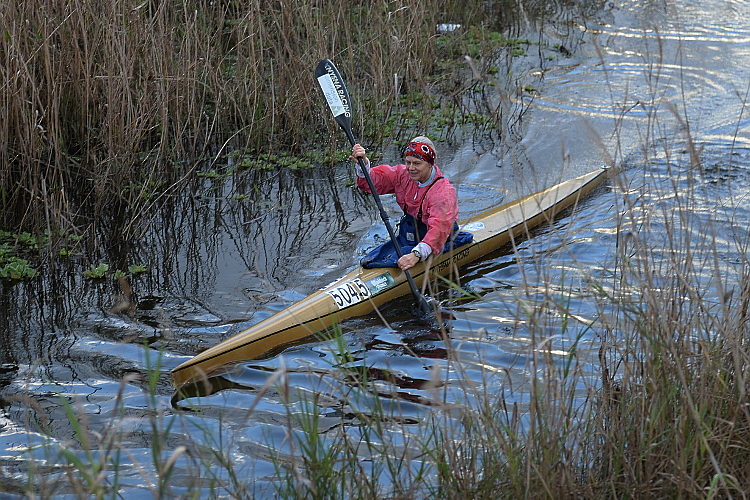 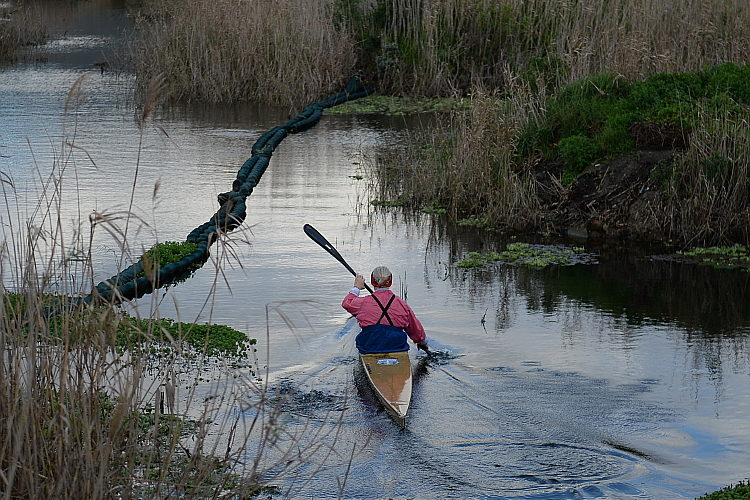 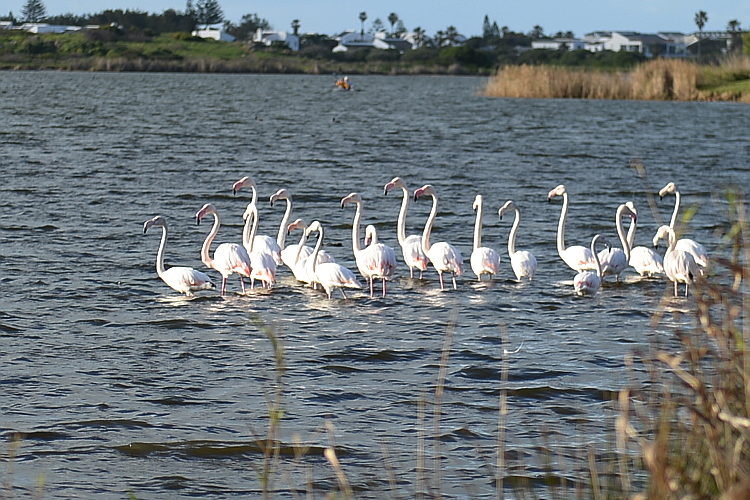 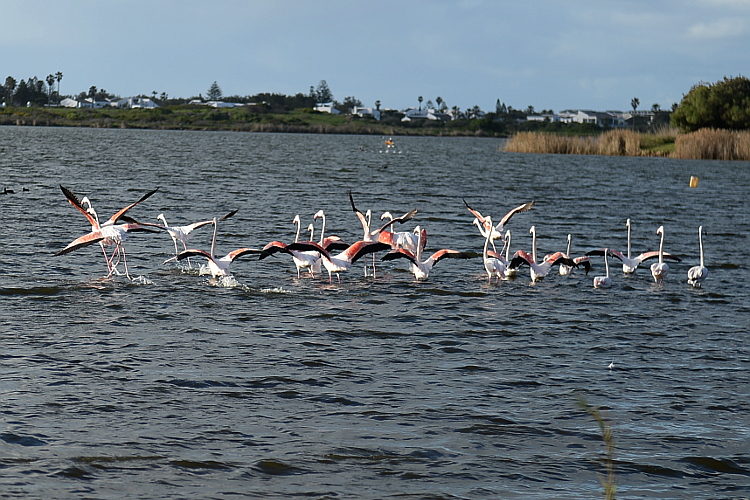 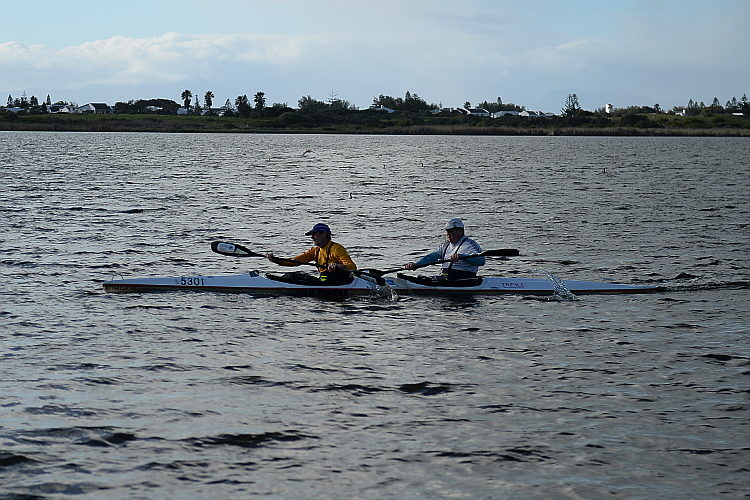 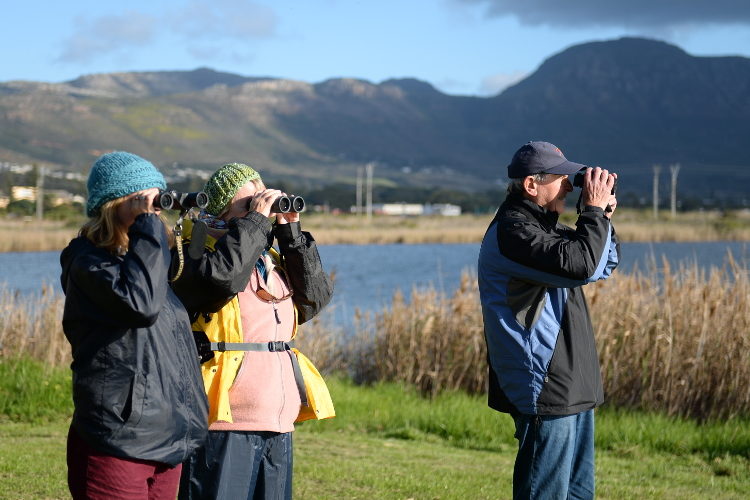 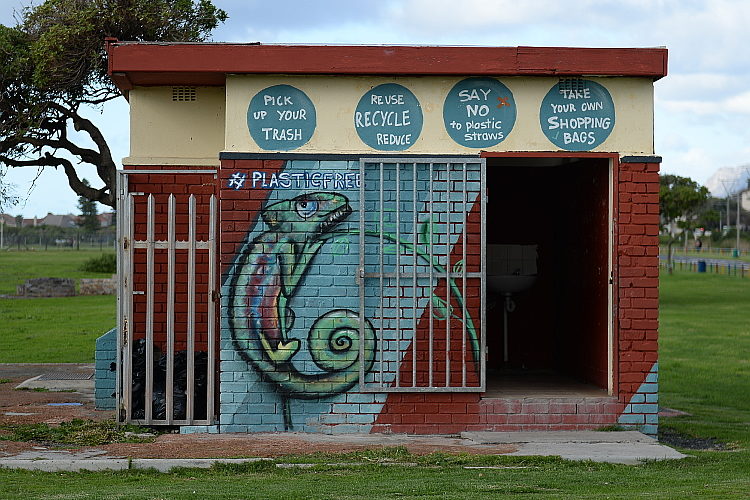 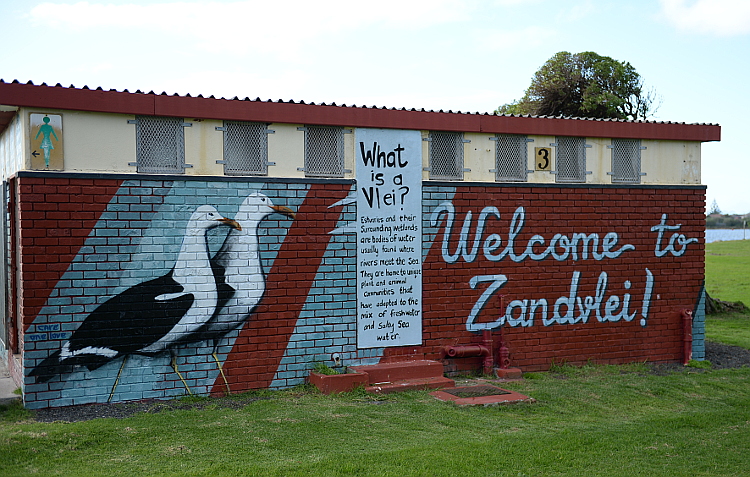 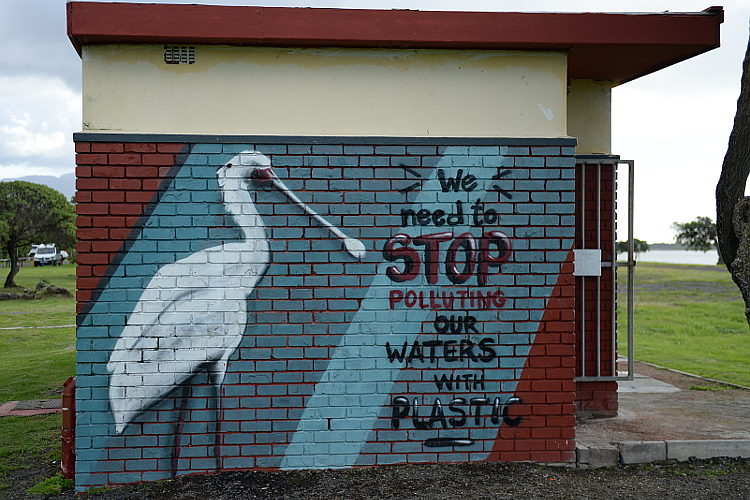 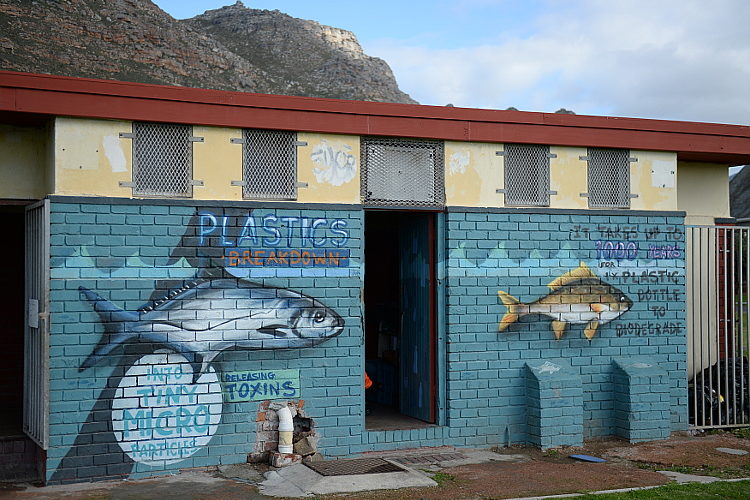 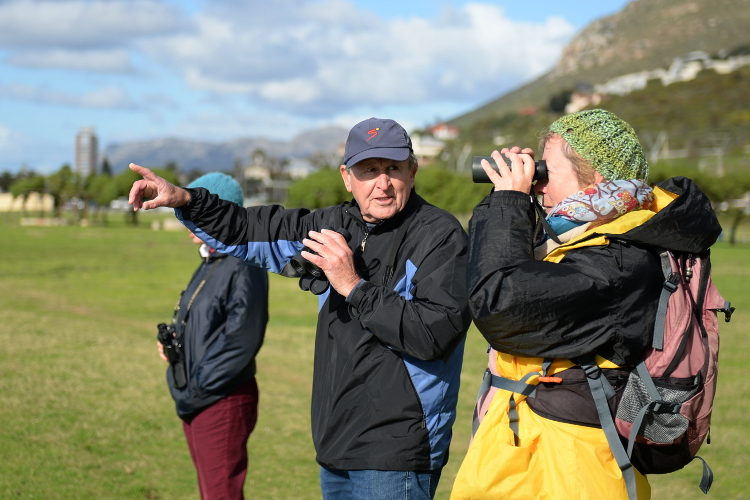