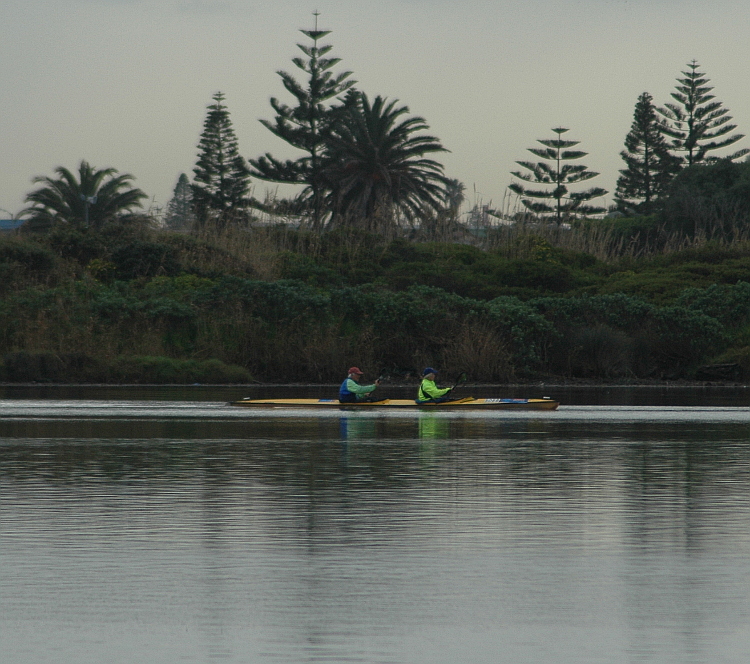 Preceeding 3 days there was heavy rainfall and the flow rate from the catchment was heavy bring plenty of silt. The mouth of the estuary was open as it is through the winter months as per the Zandvlei Estuary Management Plan. The flow rate of the Keysers and Westlake Rivers under the railway bridge was 1 metre per 5 seconds. The Keysers River had silt to the surface and was very turbid. At times it was quite gloomy with heavy cloud overhead from the NW. It did not rain though. Wind was light to moderate at ground level. The weather improved by becoming sunny with dispersed cloud. Wind moderating at times from the west. Interesting observation along the total western shoreline was that clear water was only visible at the very edge of the bank by about 5cm. The main water body was a brown coloured. Observed were Cape Cormorants hunting in packs and catching plenty of fish. They came out and were photographed resting and drying out on the yacht clubs wooden deck. There were downy chicks in the group begging for food, one seen to be fed. After about 15 minutes they were seen entering the water again to feed. How they could see was too be wondered. Reed Cormorants were also joining in and there were many Darters as well. It was supposed that many thousands of recruitment fish had made it into the estuary.
There were White backed Ducks sheltered in the western bay. The pair of African Fish Eagles were present and mobbed by a variety of bird species. The night heron roost areas were counted by Angus and Frances Hemp in their canoe, including all the Marina canals. 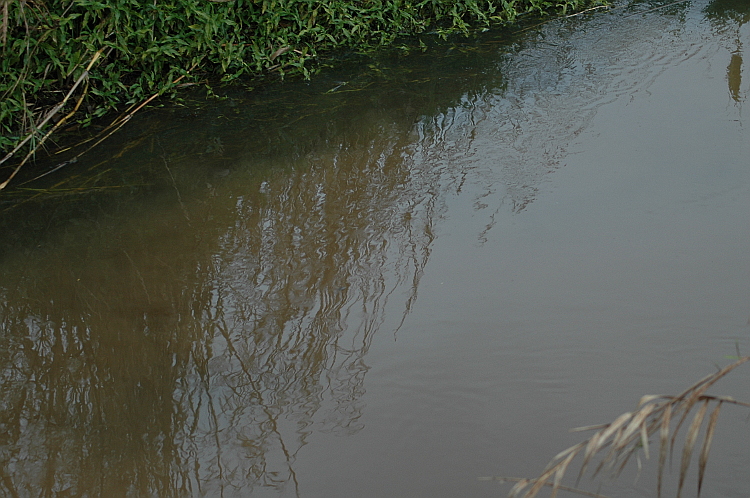 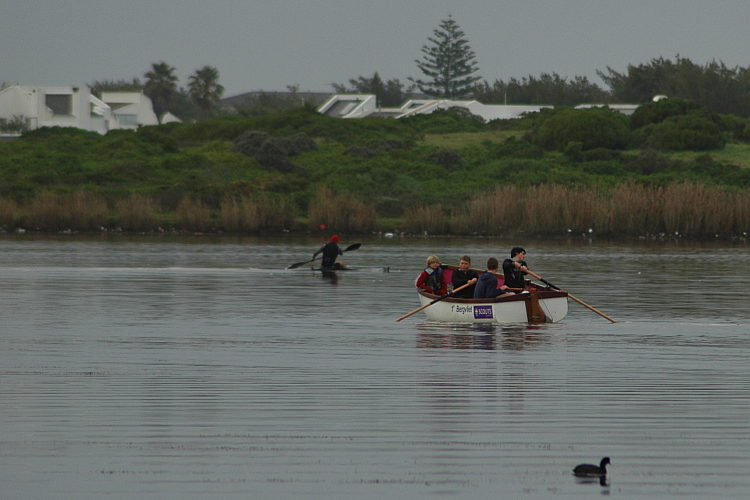 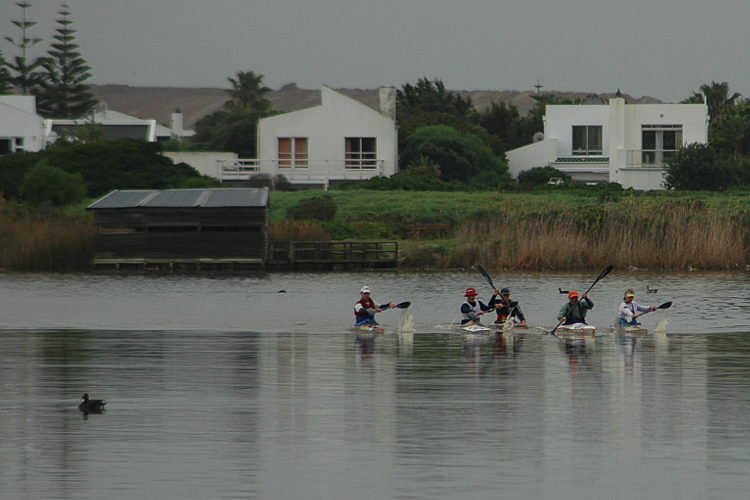 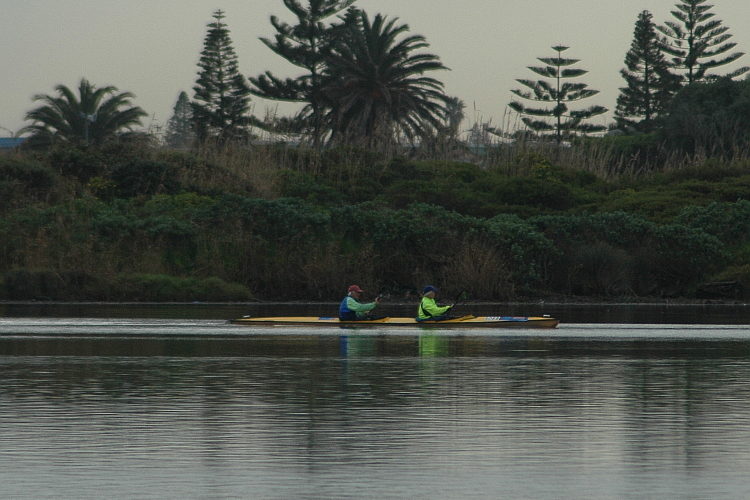 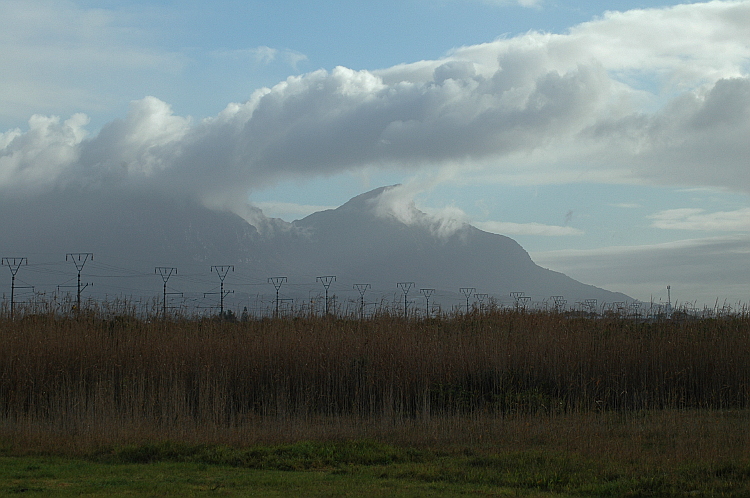 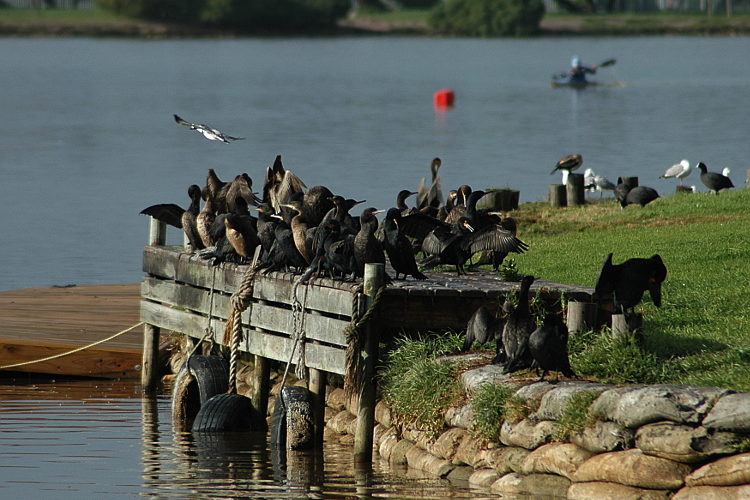 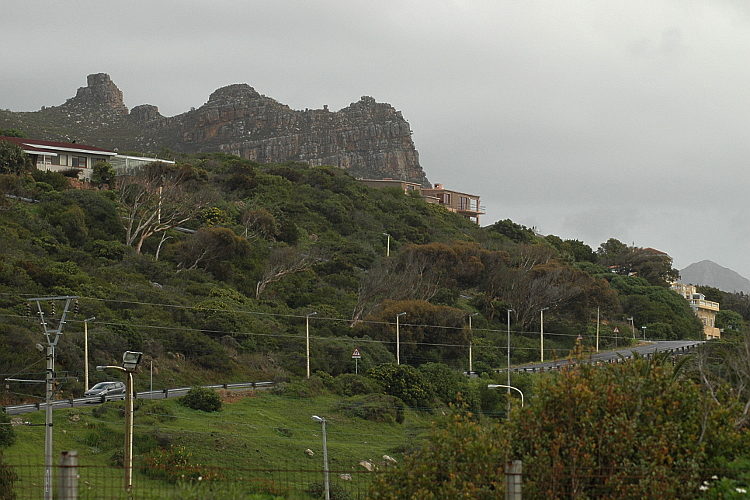 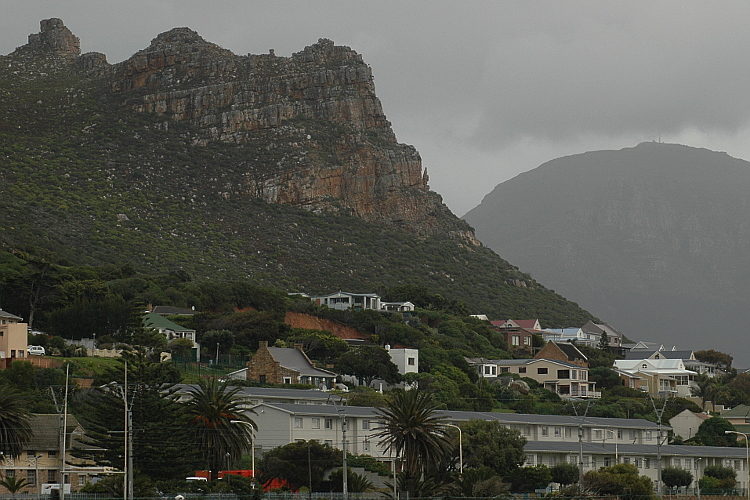