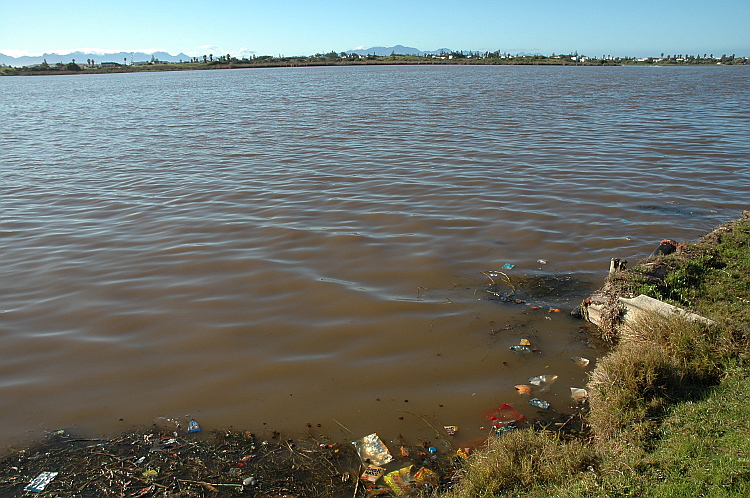 Clear sky. No wind and sunny. A huge storm in the preceding afternoon and night brought 60mm of rainfall in less than 18 hours.
The Sand River litter trap was completely blocked with debris and the Sacred Ibis were into the floodplain beside the trap. The mouth of the estuary is open for the winter months. The Westlake River had clear flowing water and the Keysers River was laden with brown coloured silt and no visibility through the surface of the fast moving water. In photo 06 this is a view of the Keysers River with the reeds removed from the banks, the first time in more than 30 – 40 years that this view was possible. The main water body was brown laden with silt to the edges see photos in the scout bay which is way out of the main flow.
The earth moving equipment was still on site. The City (Catchment Management) has been dredging a canal (1st phase) to help rid the estuary mouth of the sand build up which has been progressing back into the main water body over a number of years. This will help with preventing flooding and secondly aid in the migration of fish species in and out of the estuary.
The flamingos were a great attraction near Thesens bridge with people stopping and getting out of their cars and coming to look at them. Some of the passing comments overheard “Arent they beautiful?” “Are we not lucky to be able to see them so close?”
The outflow at the weir was brown silt laden water going out to into the sea. 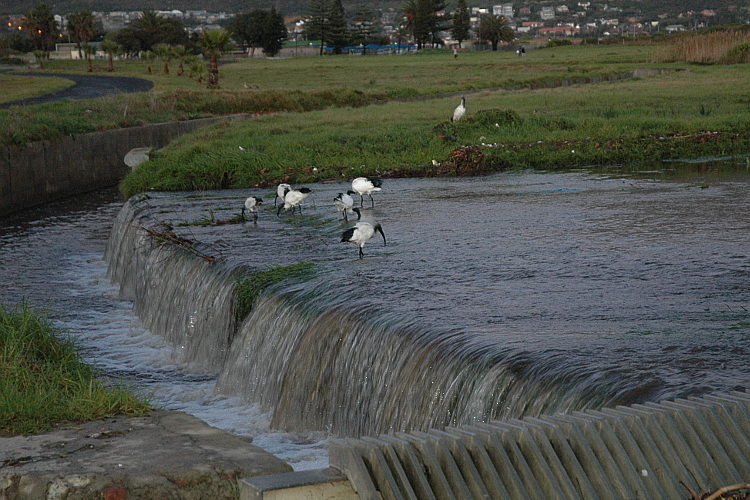 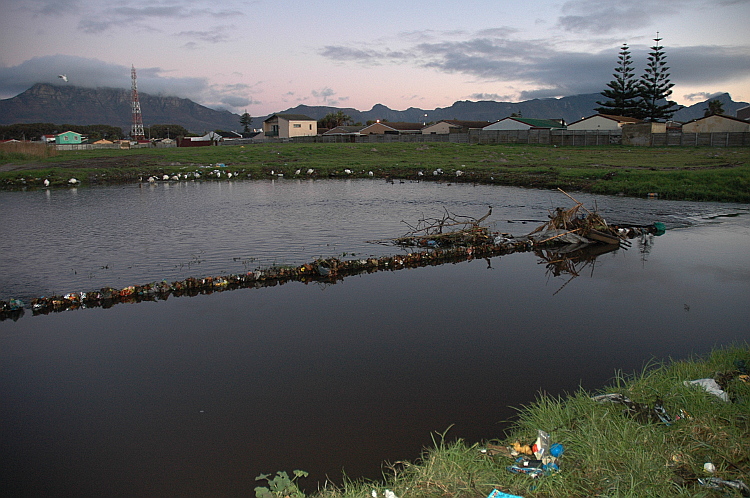 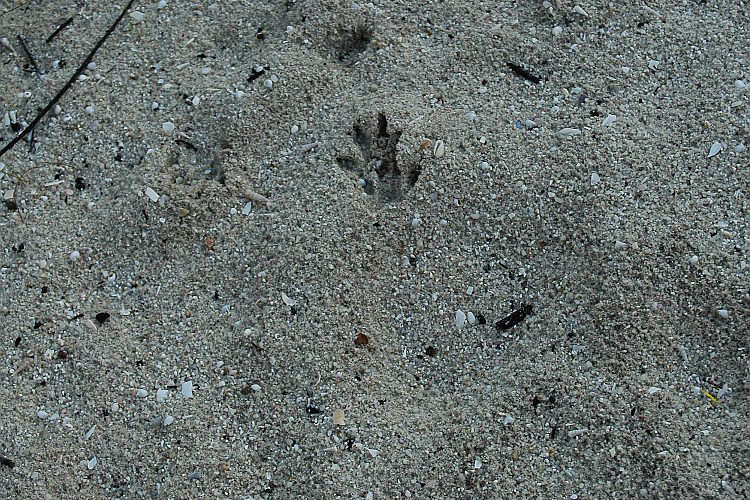 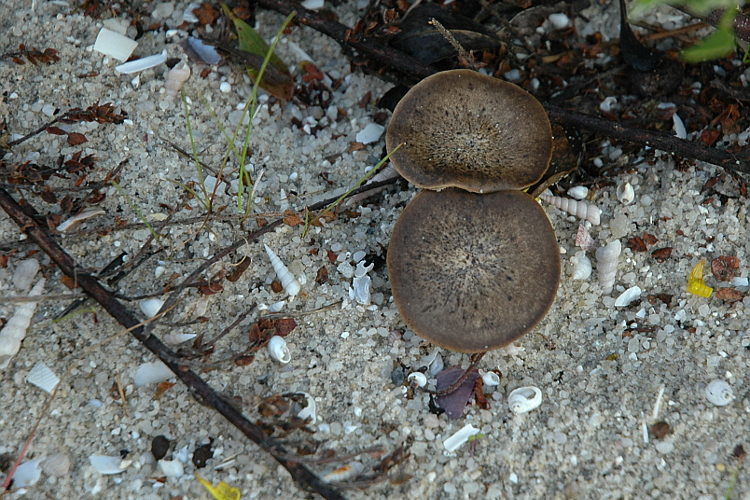 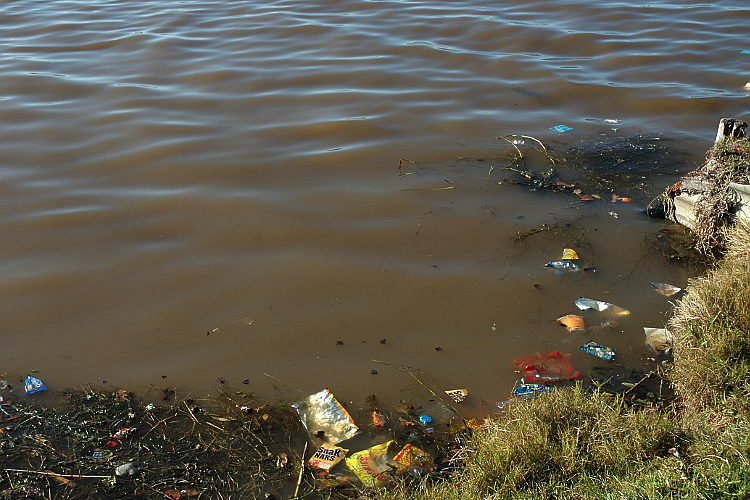 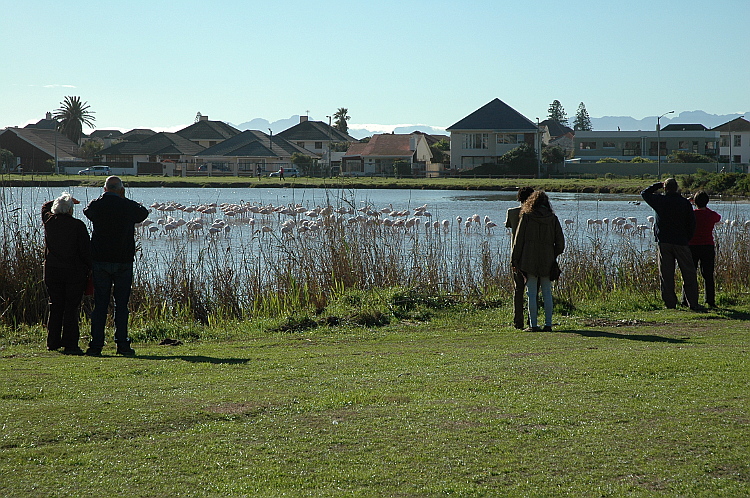 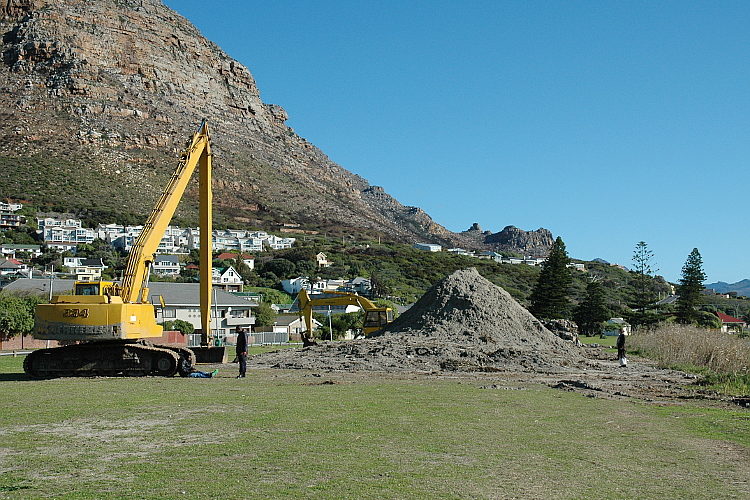 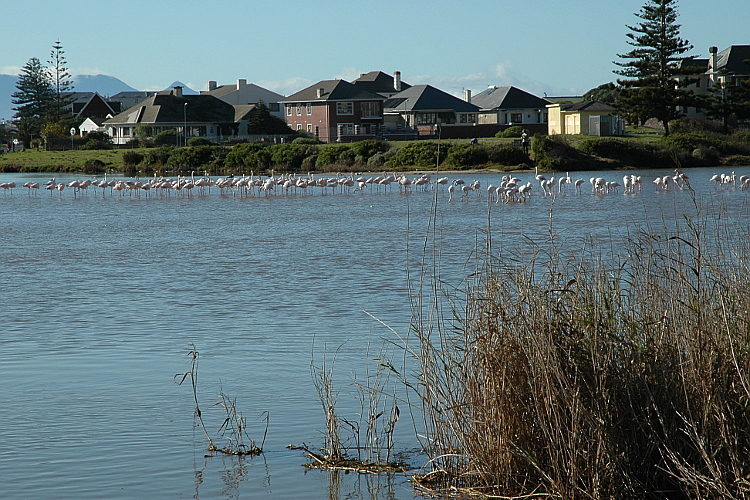 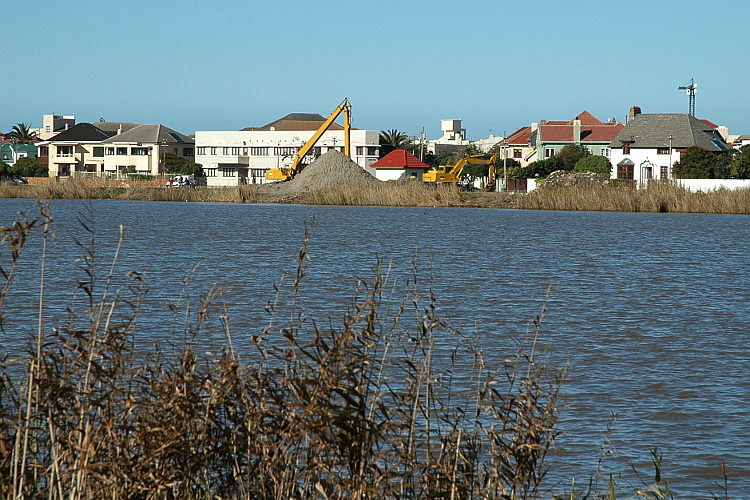 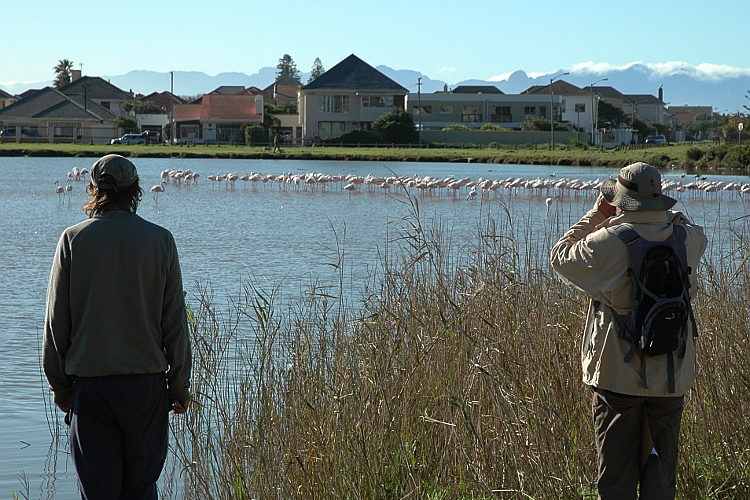