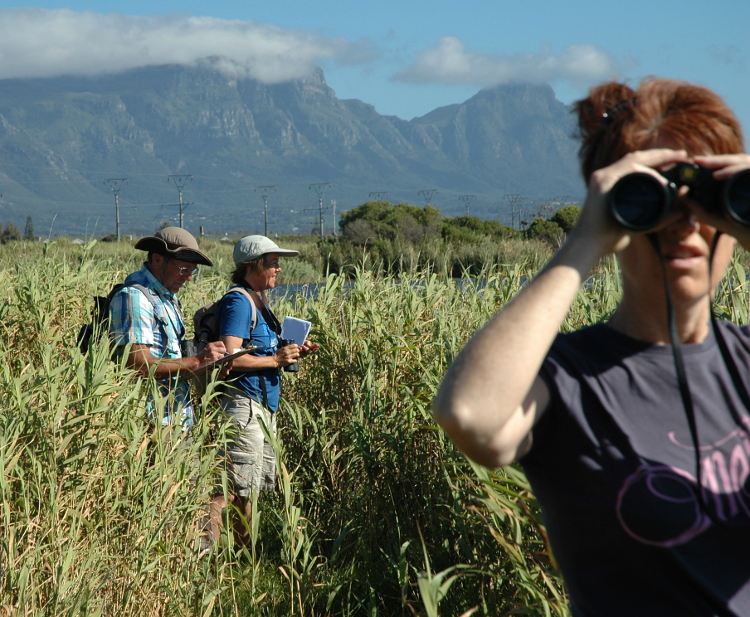 Clear, sunny with fresh SE wind. There were 2 rowing boats on Australia Island, which turned out to be local Sea Scouts doing community service clearing bags of litter. Their presence was the cause of no birds normally recorded on the southern side of the island. The mouth of the vlei was open and the flow under the railway bridge was noted at 1 metre per 6 seconds. A general feeling while doing the count, there was a lack of species and numbers present. So what was the issue – we came up with, there had been the very good rainfall throughout the Western Cape in 2013 and therefore the birds were dispersed in numerous other waterbodies in the Western Cape. Also the highest rainfall recorded for January at Zandvlei in 15 years. The averaged recorded rainfall for 2013 at Zandvlei was 1034mm. This was about 350mm more than the average recorded annual rainfall taken over a 15 year period. Also observed a Whiskered Tern (presume the male) chasing, maneuvering the African Fish Eagle away from the first bay on the left, near the Reserve jetty, north west area. This is the nesting area for the Whiskered Terns. This count includes the northern canals of the Marina done in a canoe by Barry and Val Cleveland. They also do the canal where the night heron roost.
The photo is a weather indicator, the light clouds were only around the mountain tops.
The very large sandbar from Thesens bridge back to the second bend inland was exposed with birds walking about. 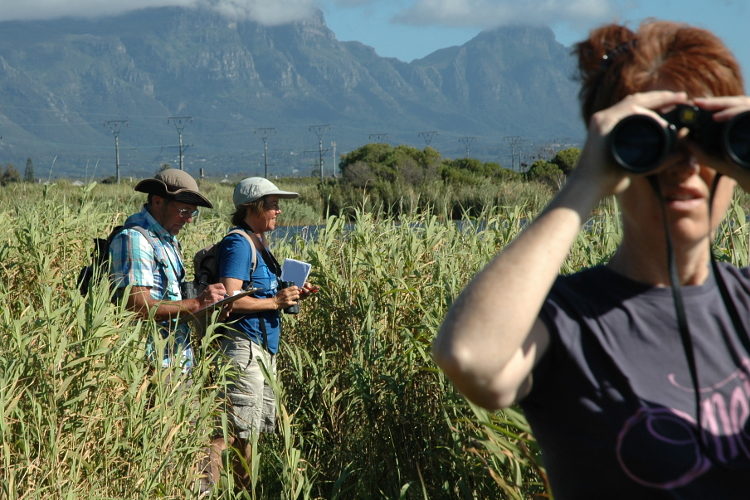