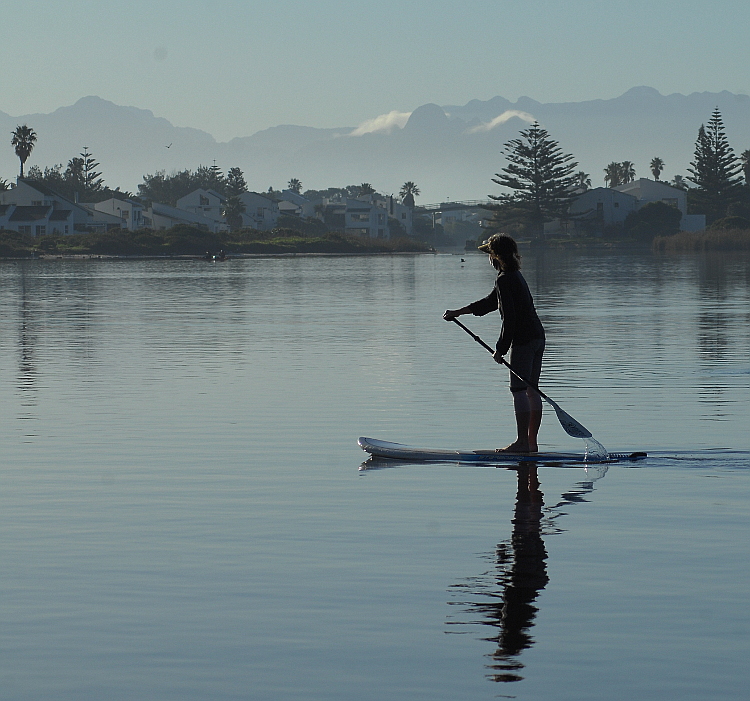 What a turnout we had today! Many newcomers from the Marina and Lakeside areas. They have formed a WhatsApp birding group. Kyran the Reserve manager was able to give the group a short introduction to the Reserve before the group set off. He and his students were doing the Marina canals in canoes to day. It is the first time in about 3 1/2 years that the southern canal is being counted.

The weather was ideal, with high clouds from the SE. There was no wind at ground level, the sun was up and the water surface was like a mirror. The air temperature was cold at sunrise and warmed up considerably requiring layers of clothing to be taken off.

Zandvlei has had a number of sewerage spills flowing into the main waterbody and in the canals of the Marina this year. The salinity levels have been kept high this year with the estuary mouth management. The winter mouth opening was earlier this year due to a large sewerage inflow, and allowing the flush to take place as best practice. The estuary mouth stays open until September New Moon or Full Moon depending when in the month these occur. The pond weed has not recovered yet so Coot are not as prolific as in past counts.

It was a very good count with 34 species listed in the upper regions of the vlei.

By mid morning the air temperature was into the 20 degree range and still no wind. See the photo of the standup paddler. The water level was very low with the mouth open. There were sand banks exposed in the lower reaches near the bridges. There were little beaches along the north western shoreline for us to walk on and see into the coves.
It was very welcome to have the southern canals in the Marina counted, as this adds to the total and usually to the species numbers too. There was a feeding frenzy with Kelp, Hartlaubs and Grey headed Gulls chasing fish across the main waterbody towards Park Island. This all started near the yacht basin.

We encountered a walker near The Lookout who told us “a birder” had said to him that “he saw a Snowy Egret and a Sacred Ibis pecking at a snake on the exposed sand banks.” Anyway the decision was that the Snowy Egret was a Little Egret and no we did not see the sea snake anywhere either. And this was not fake social media! We guessed a local having some straight faced fun with the bird counters.

A Kadesdes – Barber bunta butterfly has appeared on a post in the Environmental Education garden. It is endemic and highly threatened butterfly due to its habitat destruction by human development. There has been a local research breeding programme running for a few years trying to increase the numbers.
There are some reed beds to the north of the Royal Road bridge, which have weaver nests being built in them. This is a recent development.

A highlight, while counting part of the Westlake Wetlands at the railway bridge, was a Gaint Kingfisher which came and perched above our heads on the wires calling away. We saw the 2 Marks counting at the confluence of the Keysers and Westlake Rivers. Reed Cormorants and Yellow billed Ducks were the prominent species. There was a feeding frenzy in the canal out into the main water body with cormorants and darters “boiling the water” chasing fish. The water inflow under the railway bridge was at 1 metre per 6 seconds. 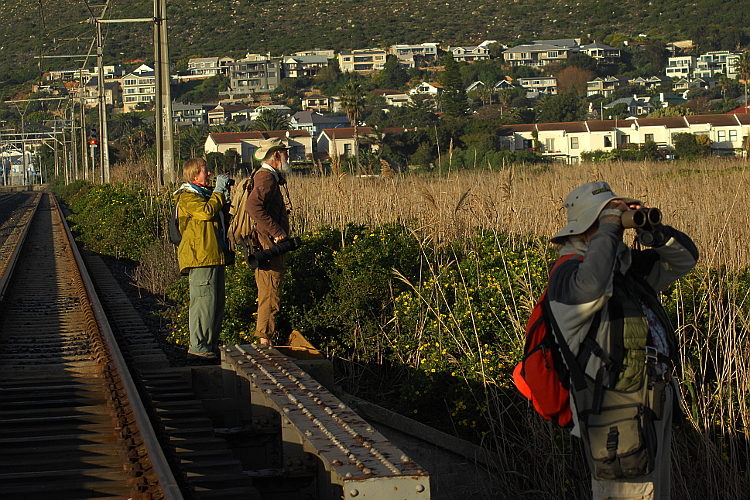 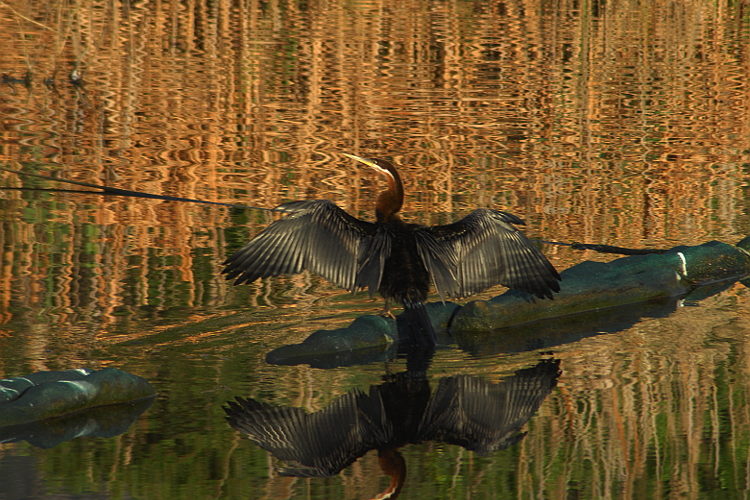 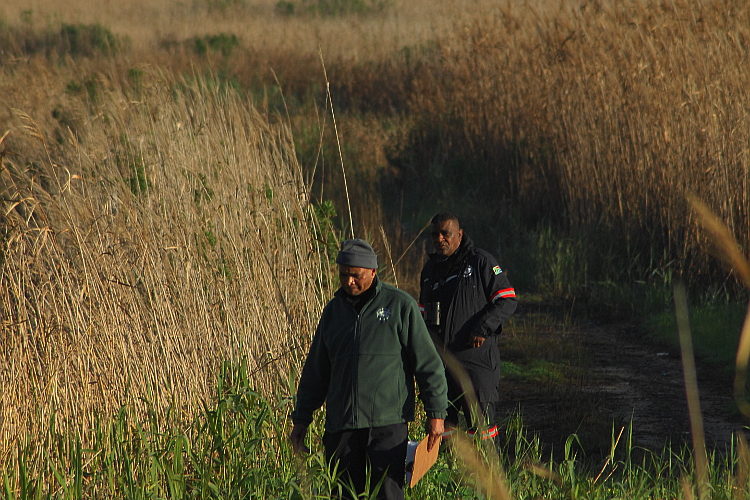 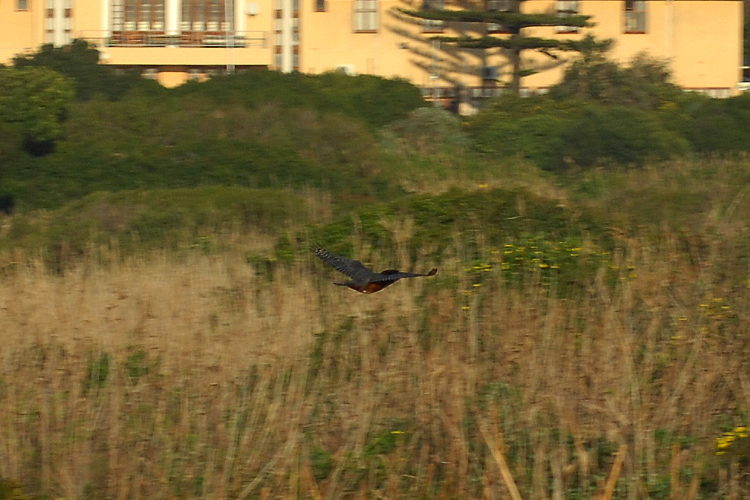 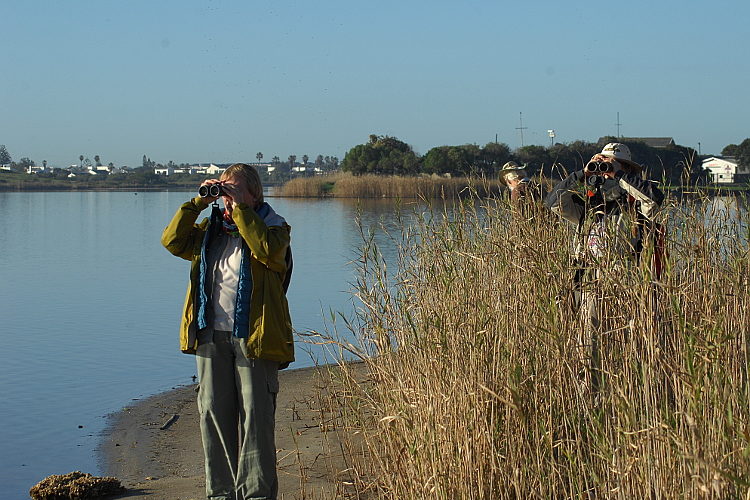 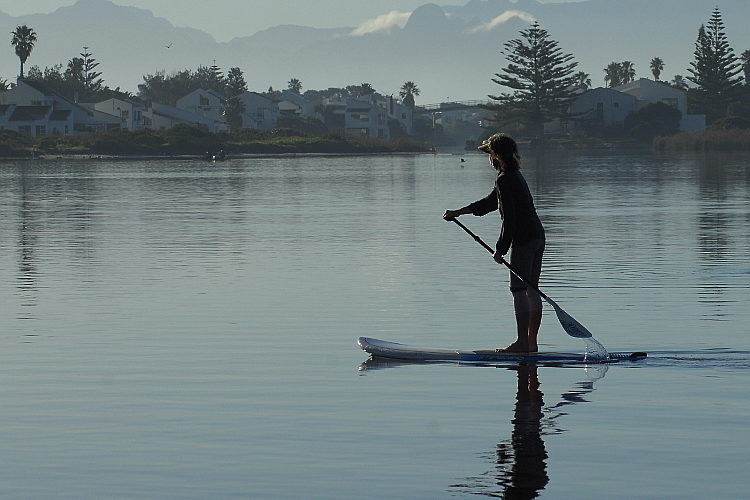 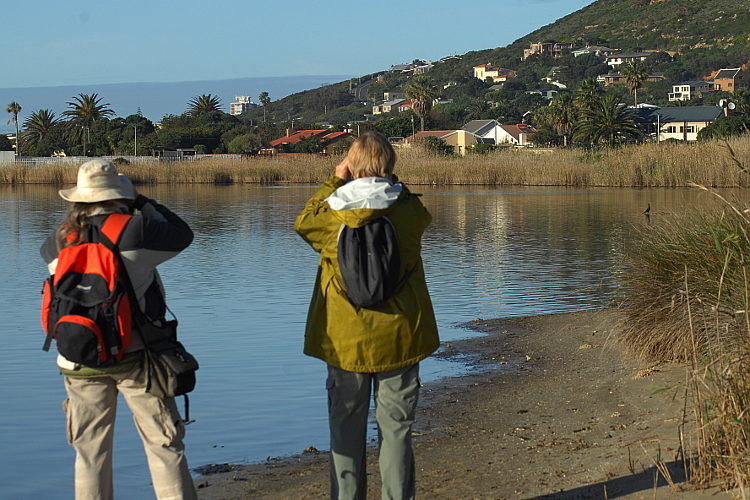 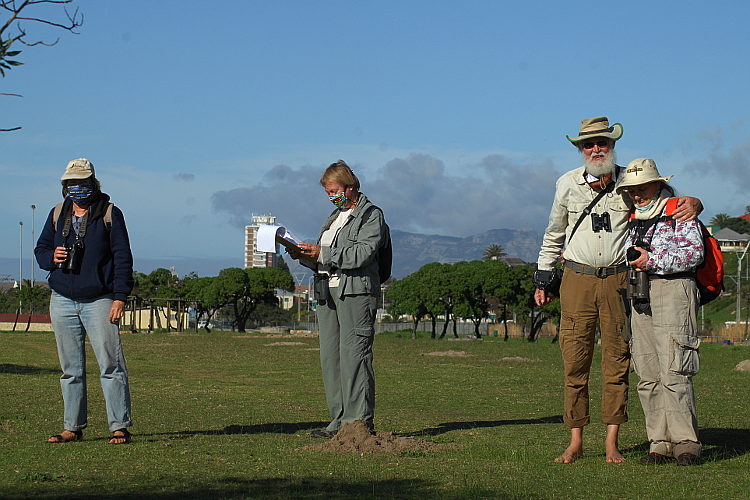 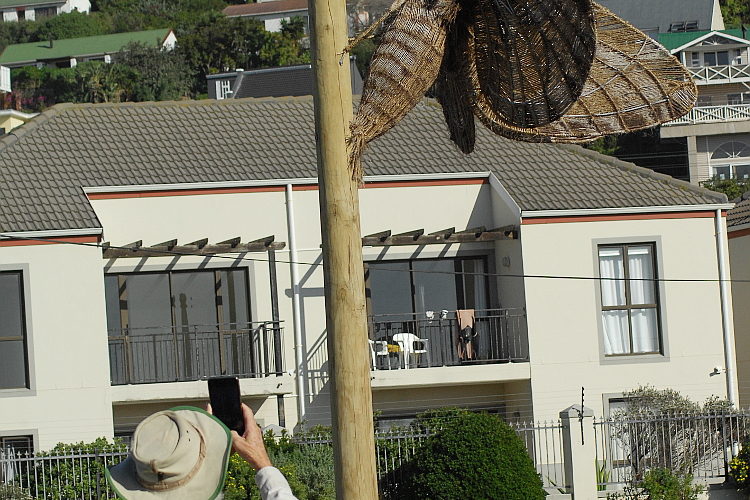 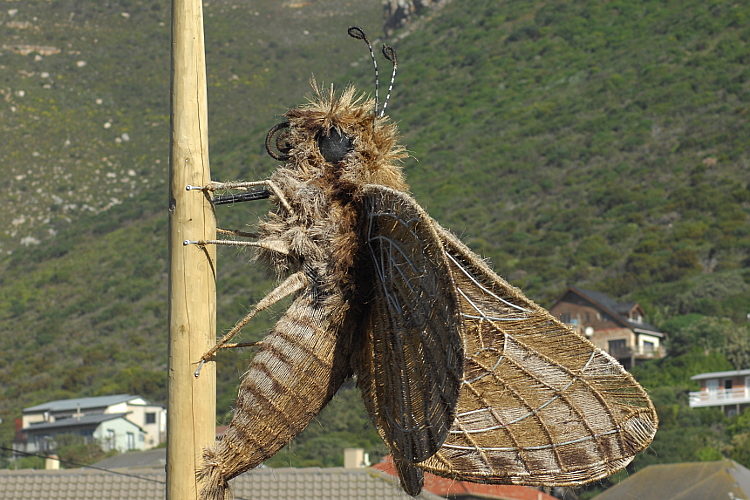 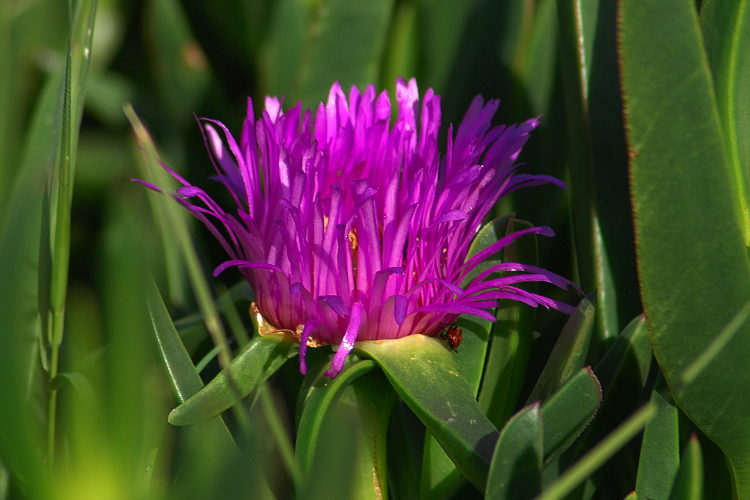 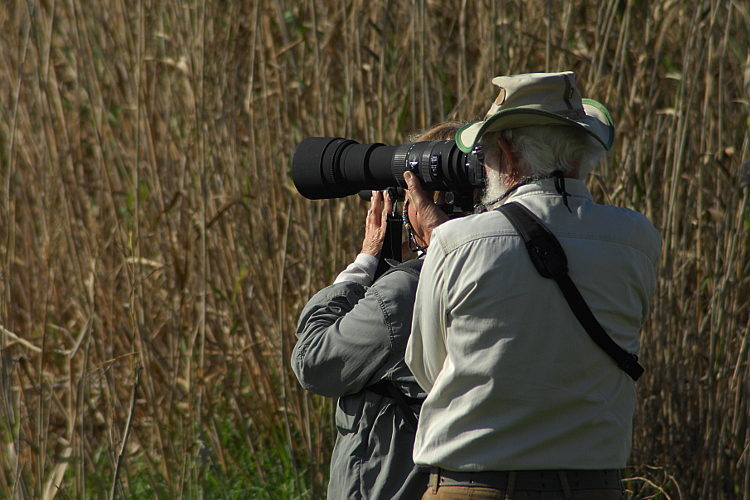 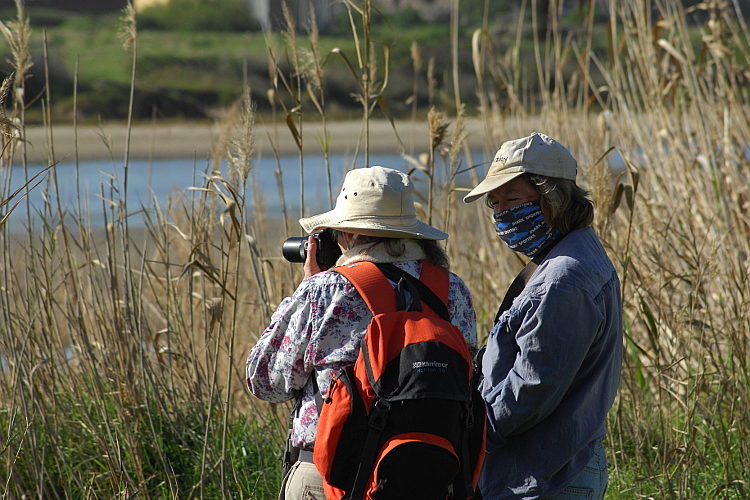 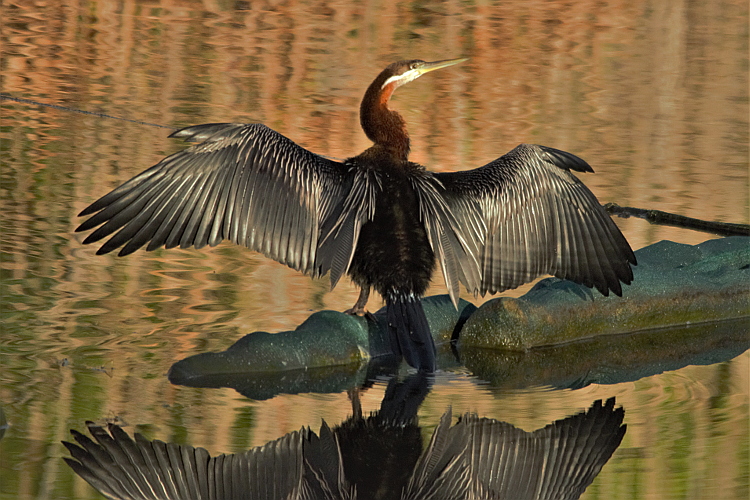 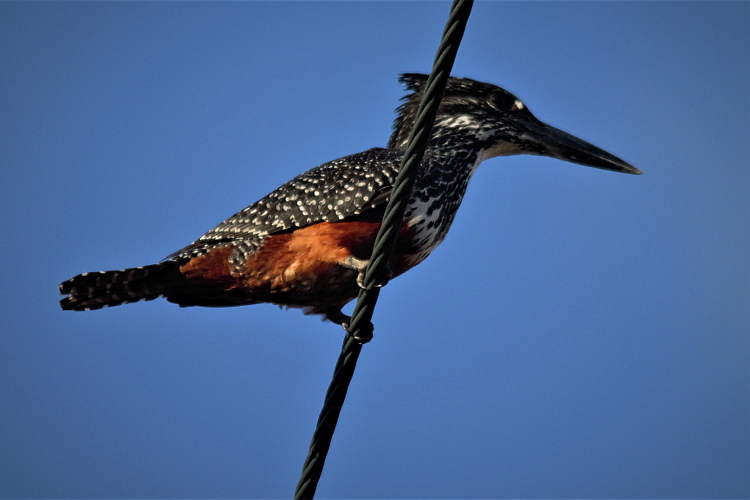 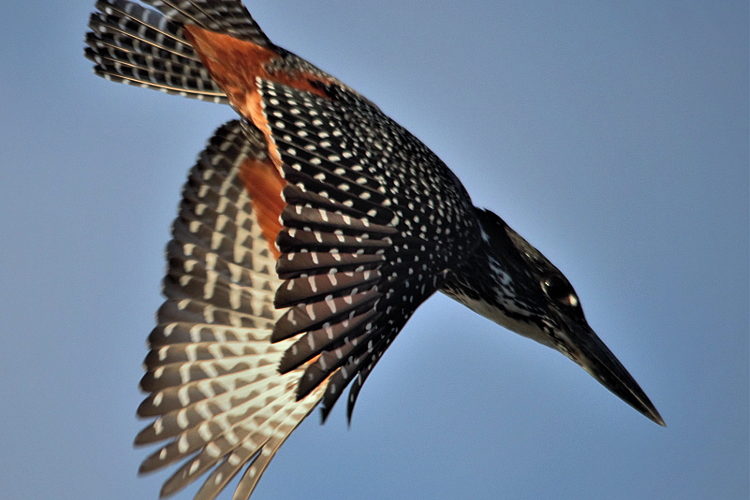 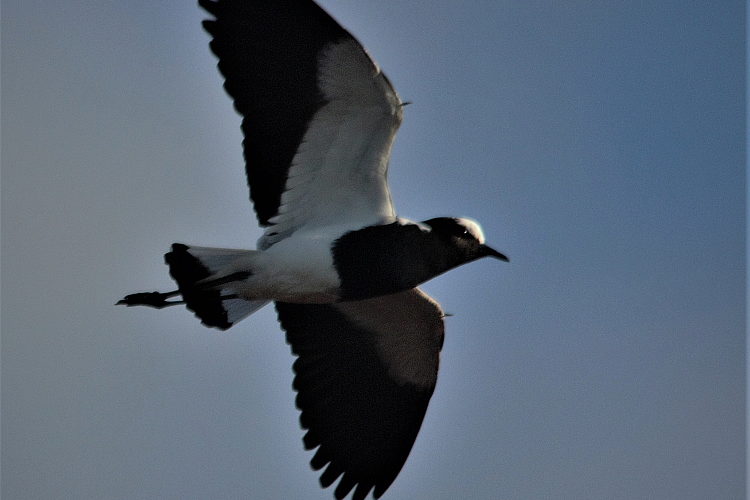