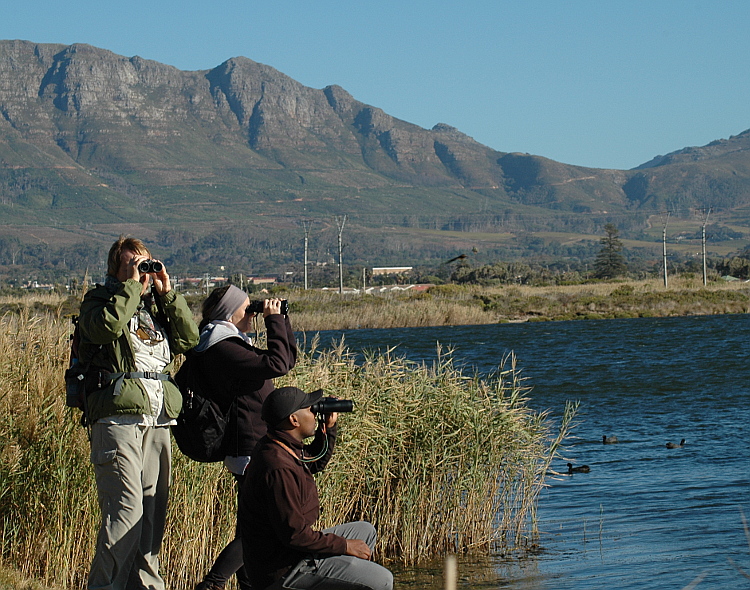 An African Harrier Hawk was seen over the Lakeside railway station at 08h20 looking in palm and other trees and being mobbed by Common Starlings and various dove species in attendance. Barry and Val Cleveland said it was a challenge in their canoe today. Simon Fogarty reported that the Salt Marsh Pan in the Reserve was dry with no water present. There were few birds overflying the main waterbody, those that were, were heading in the direction of the Westlake Wetlands to shelter out of the wind. The lone canoeist training up and down the length of the vlei was the only sign of life in the water. Mark Arendse reported that there are only a few people now walking across the Sand River flood plain area, as the access to the Langevlei River bridge has been blocked off into Military Road as a security issue. The Sacred Ibis seem to be benefiting by being able to roost on the ground in the flood plain for the last month. The estuary mouth was closed and the strong SE wind was cold and making waves on the main water body. There were no birds in the open water exposed to the wind. There was one lone canoeist training in these conditions, to try the best of them.
With the strong SE wind blowing and cold air temparature it was unpleasant for most creatures. The 2 Oceans Marathon was in progress along the Main Road in Lakeside. There was no water flow under the railway bridge as the mouth of the estuary was closed. The wind almost masked out most sounds and we had to pay attention when near the railway line. The most airborne birds were the Yellow billed Ducks. There were a large number of Spurwing Geese in the Westlake Wetlands and were probably over nighting there. 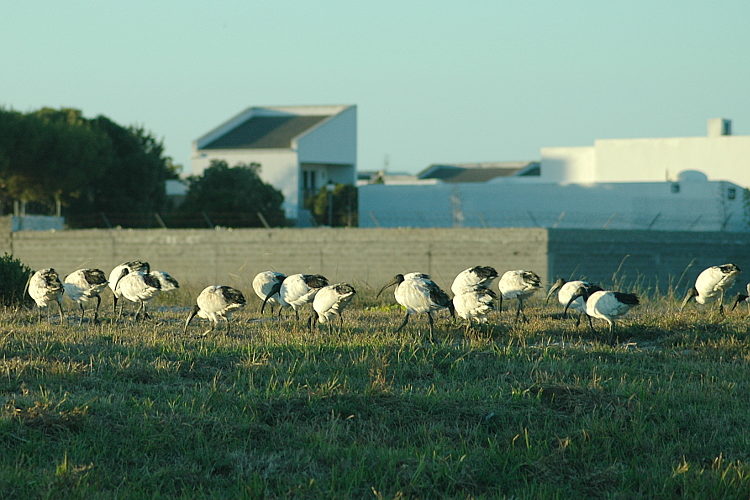 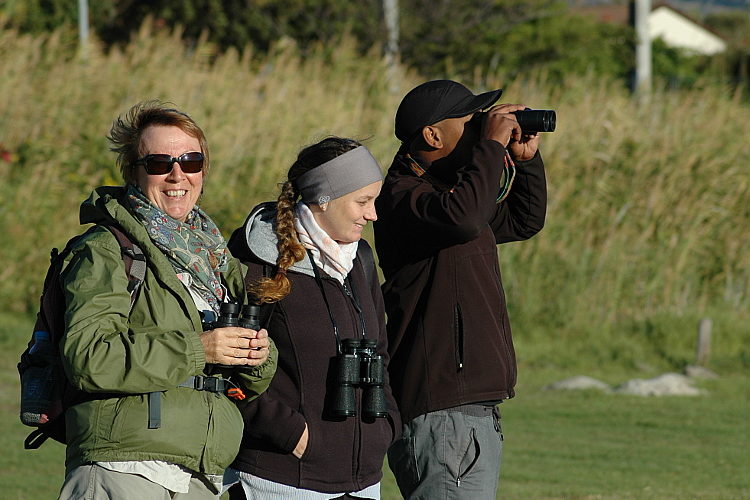 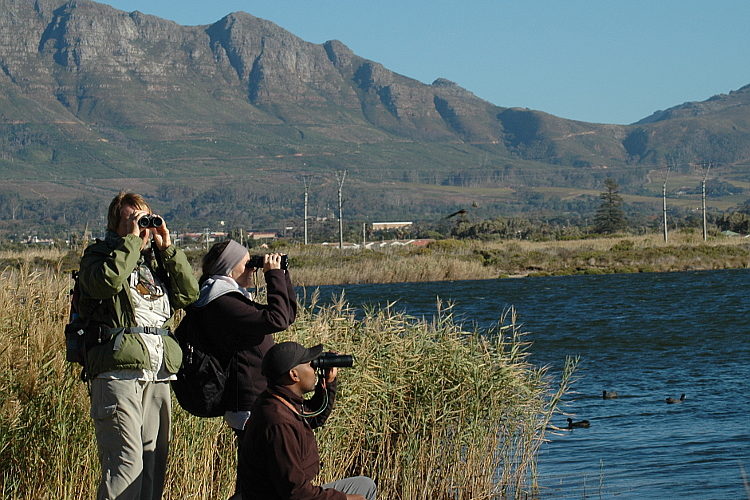 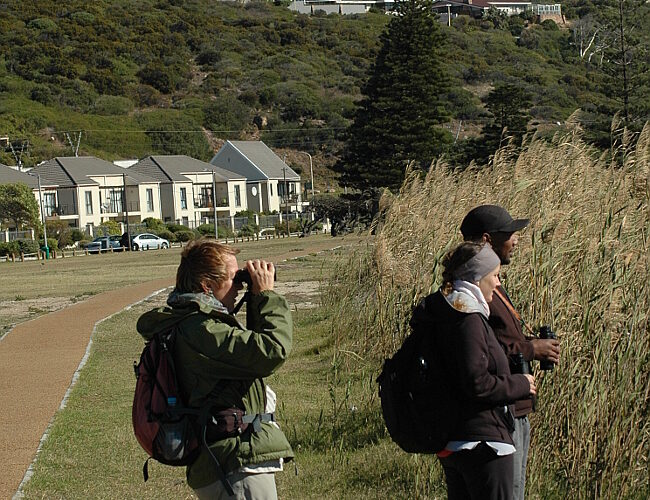 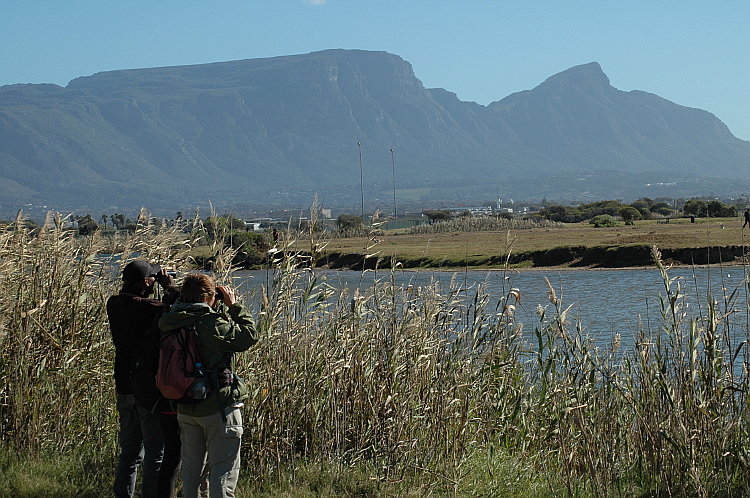