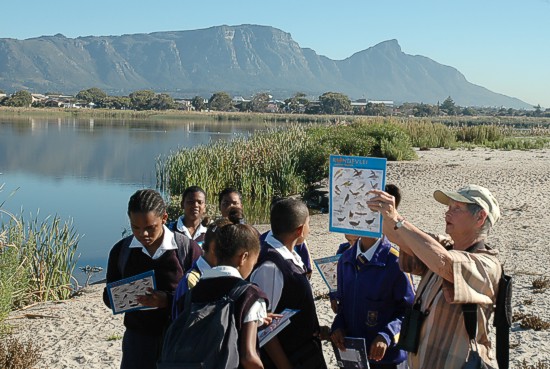 The Princessvlei Forum had a Flight of Dreams project on the go called Meet the Birds, with local school groups participating at Princessvlei on 25 April 2014.
The schools were Hyde Park Primary School (Parkwood), South Peninsula High School (Diep River) and Zeekoevlei Primary School (Lotus River).
Anne Gray co-ordinated the CBC members to guide the various groups on a bird identification walk using bird charts for local wetlands and vleis. She also organised the funding for transporting the children to Princessvlei and back home again.
CBC members Gillian Barnes, Penny Dechmont, Anne MacLeod and Celia Wolfe to led the groups of children around the south eastern shoreline of Princessvlei. They had with them bird charts to help the children identify the birds they were seeing.
This was an outdoor school activity for all the schools involved. They had to take notes, take photographs with their cellphones and cameras (this is the new age) to illustrate the project lessons they had to complete at home and back at school.
Celia pointed out to the group from South Peninsula High (dressed with maroon tops) that these wild vygie plants are indigenous and have many beneficial properties for the habitat, humans, insects, reptiles and birds.
Celia was a school teacher at Bergvliet High School and recalls coming to Princessvlei to plant trees about 20 years ago with her School Eco Club pupils.

Penny headed off across the outlet of Princessvlei towards the trees near the Jolly Carp Centre to see what could be found in the large gum trees. Seen here in the shade discussing the Sacred Ibis they had seen flying over.
On the slopes across the Cape Flats are Buitenverwachting, Groot Constantia and Klein Constantia wine estates, these are historic wine farming areas of the Constantia Valley region. The group have just seen the Cattle Egrets joining the Sacred Ibis nearby. They had also seen the weaver bird nests and want to know more about the nests. They also saw what could have been a Hadeda Ibis nest high up in the gum tree. Also the weaver nests were discussed.
Gillian’s group had just seen a “lost” Barn Swallow fly past. The group wanted to know where a Barn Swallow comes from? They saw the Hadeda Ibis and the Blacksmith Lapwings on the slope behind them. There were a couple of African Pipits as well. It should be good for Cape Longclaw as well.
Anne’s group crossed the bridge at the outlet, in the background are the distant Helderberg Mountains. They were looking to see if they could see a Cape Wagtail there.

Gillian took the Zeekoevlei Primary children on a short walk. Their bus driver was lost, so they arrived long after the start and they had to leave early for a fellow pupils funeral. A Pelican was seen flying across the water at about mid day.

Mary Cupido, a teacher from Zeekoevlei Primary School thanked Anne Gray for the opportunity that the school children were able to come on today’s outing. 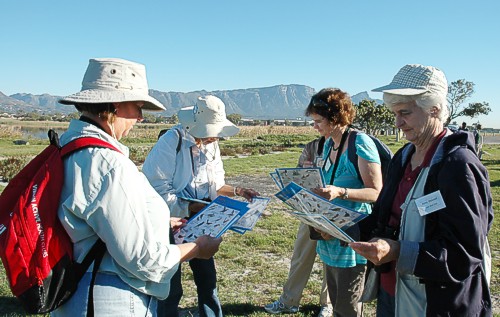 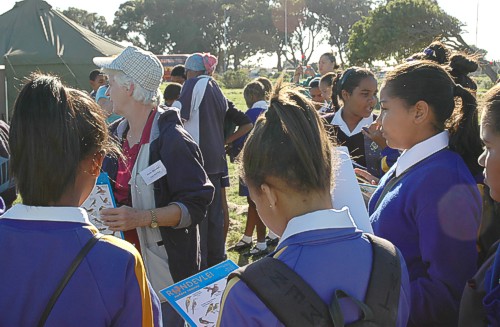 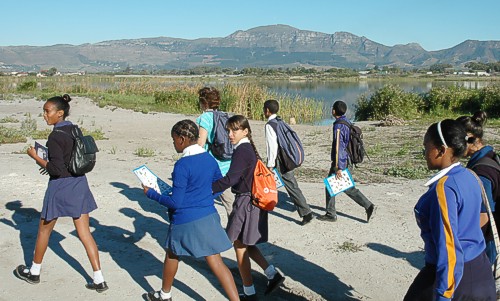 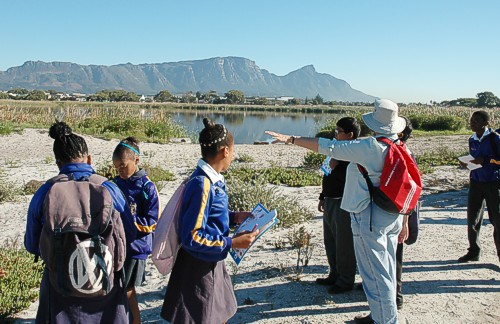 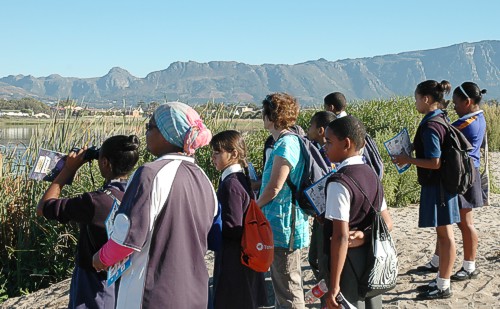 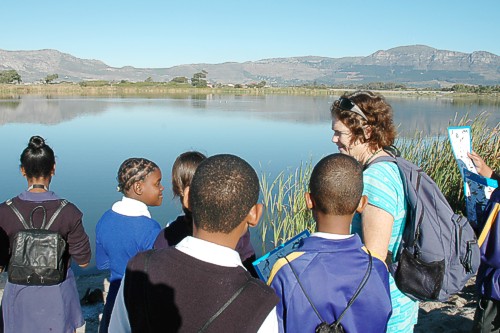 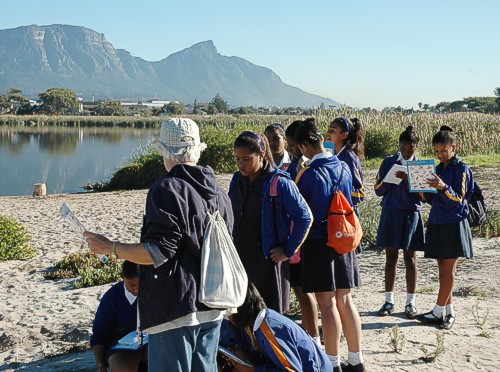 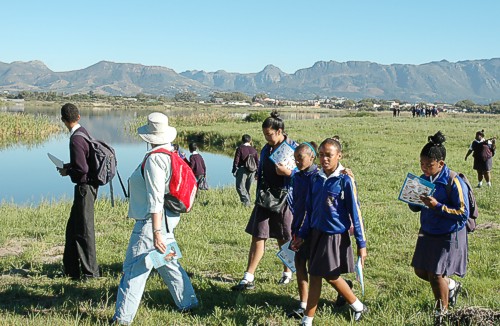 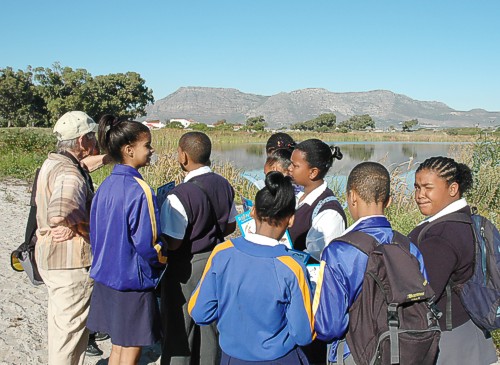 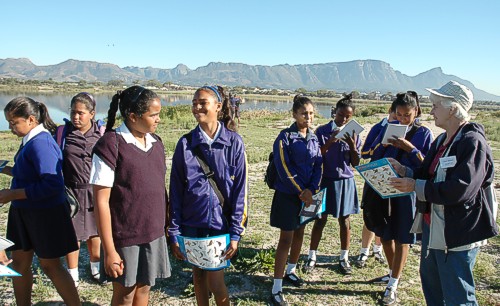 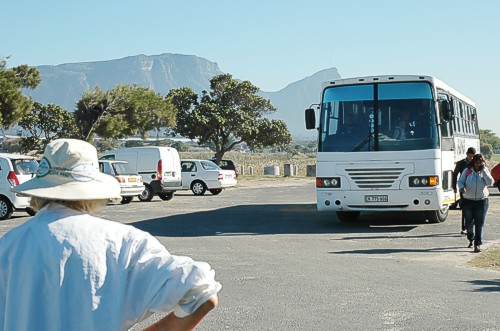 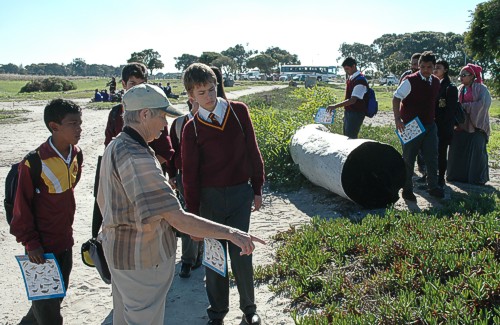 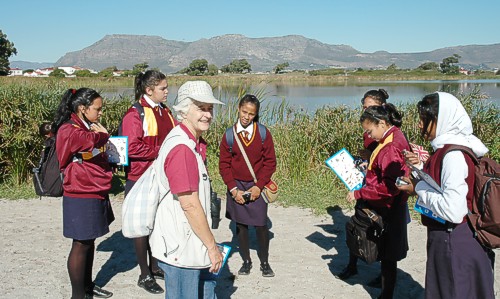 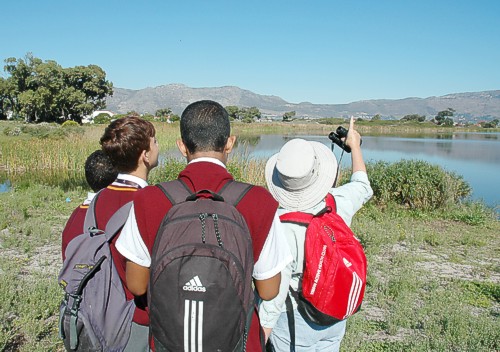 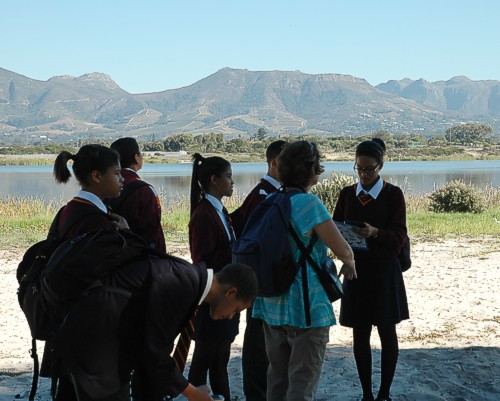 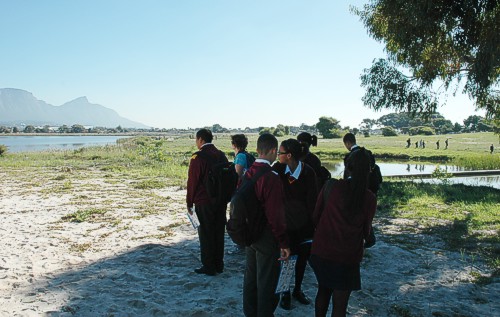 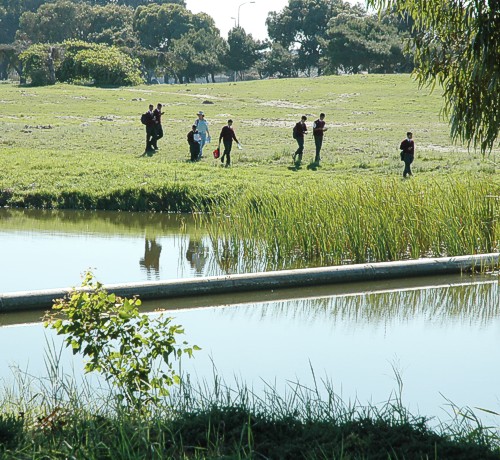 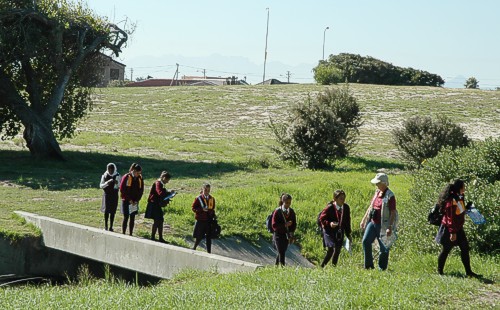 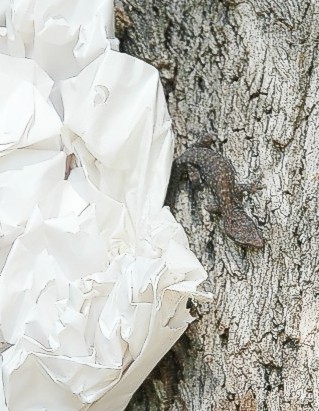 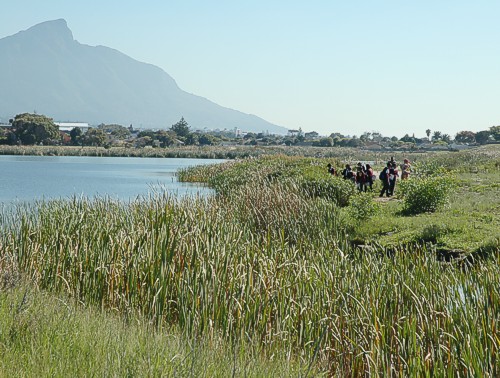 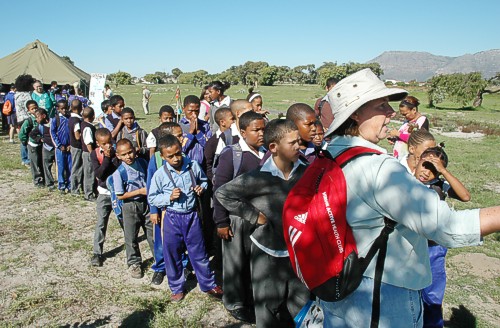 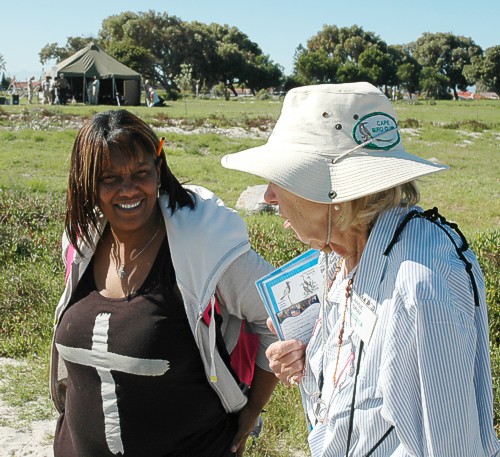