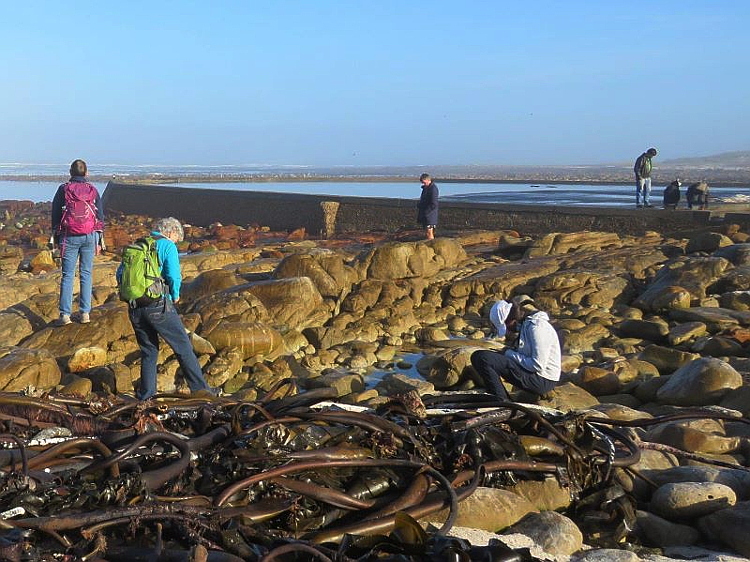 “CT takes second place in nature challenge” – this was the headline of an article by Karen Watkins in the Constantiaberg Bulletin of 19 May 2022 and we are proud to say that the Cape Bird Club was part of this.

The first part of The City Nature Challenge, from 29th April until midnight on 2nd May, saw many citizen science volunteers venturing forth to explore greenbelts, parks, reserves, and even their gardens within the wider city boundaries to look for as many wild species of plants, animals and fungi as possible, and to record and photograph them. The second part of the challenge was when participants uploaded their images and tentative names on the iNaturalist App. These were then examined by specialists and either confirmed or renamed accurately.

445 cities from around the world (20 of them in Southern Africa) took part, with La Paz in Bolivia taking first place in the challenge, recording wins in the categories of most observations, most participants and most species identified. Cape Town came second but won the category of recording the most research-grade identifications in the world.

Many other Cape Bird club members participated in different areas. A CBC event was held at Soetwater Enviro Education Centre on 30th April which was attended by 25+ people between the ages of 7 and 77.

We met at 8am at the huge whale sculpture where Gigi Laidler welcomed us, introduced us to Lappies Labuschagne and then gave a very short introduction to the iNaturalist App and the dos and don’ts of recording species. We all then set off in different directions to explore the area around the centre as well as the rocky coastline in front of it. Our instructions were to return by 10h45 for tea after which Lappies would show everyone the birds he has in his small rehabilitation facility.

It was wonderful to see everyone rushing off with their cameras and phones, taking photographs of every bush, gogga, feather, shell, seaweed and specimen in the rock pools – and of course, birds. It was fun!

Lappies was a gracious host, and it was not only the children who enjoyed visiting the rehabilitation centre and also the snake collection.

After that, on the way out, some of the folk stopped off to explore the vegetation around the Otter Pool and the shoreline nearby, before leaving to go home and upload their photographs to the iNaturalist App.

Two of our young participants wrote these comments:

Oliver Main.
“On the 30th of April we had an outing with the CBC to Soetwater Environmental Centre in Kommetjie. It was a very enjoyable day. My Mum and I had never been there before and it is a great place for both birding and logging observations for iNaturalist. We spent the morning walking on the beach and nearby looking for birds and creatures we could log. After two hours we went to the rehabilitation centre and our fantastic host, Lappies, introduced us to a number of birds, snakes and creepy-crawlies that they had rescued. My favourite sighting of the day was probably Oli, the cute rescued Barn Owl. Lappies was very enthusiastic and knowledgeable, and I learnt quite a few new things from him. I really did enjoy the morning and I would like to get back soon.”

Matt Powell.
“I really enjoyed the experience of seeing all the wildlife and the rehabilitation centre. There was a lot to do and many birds to see, along with all the different plants. The people in charge were very helpful and had many pieces of information to share with us which made it enjoyable. I particularly liked seeing the Whimbrel and the Kittlitz’s Plover, which were both new birds for me. Thanks for a great day and I hope to be part of more.”

A highlight of my own day was when I heard two of the younger members calling to their mother over the rocks, “Mom, look at that seagull! He’s eating a crayfish!”. I looked and sure enough, they had seen something that I would never have seen with my ‘old’ eyes if my attention had not been drawn to it. Thank you, Ben and Luke.

Thank you to Gigi Laidler, for organizing the event for us. I hope that when the next challenge comes round later in the year, even more CBC members can and will participate in this citizen science event.